The choice of actor may surprise you! 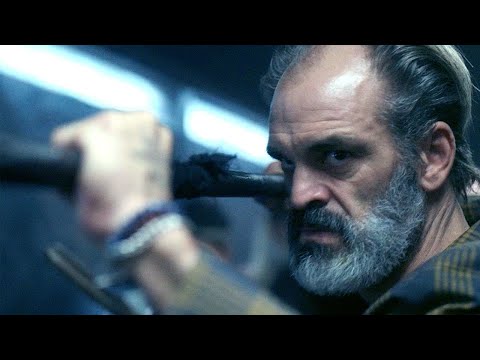 Once a train starts chugging along, it's hard to stop it. The same could be said about Snowpiercer, TNT's adaptation of director Bong Joon Ho's 2013 dystopian thriller. The series debuted back in May following a lengthy and troubled development process, one that saw the original director and showrunner depart before it aired. But the series, which also draws inspiration from the 1982 French graphic novel that inspired the film version, shows few signs of slowing down after airing Monday night's twist-filled season finale.

The biggest revelation? (Warning: Spoilers to follow.) There's a second train and it's being driven by the (previously presumed dead) billionaire Mr. Wilford -- and, perhaps most importantly, he's played by Sean Bean, the often-killed actor from Lord of the Rings and Game of Thrones. In the film, Wilford was memorably played by Ed Harris, and since the Snowpiercer series is a prequel-of-sorts to the story in the film, we can assume that Bean will manage to stay alive for a bit. We're pulling for the guy.

He'll be facing off against Jennifer Connelly's Melanie Cavill, the original designer of the Snowpiercer train, and Daveed Diggs's Andre Layton, a detective-turned-revolutionary. In the teaser trailer for Season 2 that TNT released as the credits rolled over the finale, Bean can be heard delivering one of those classic villain lines, "I'm back and I've come to take what's mine."

At the very least, two big trains should up the drama for Season 2. (The more choo-choo's the better.) As SlashFilm points out, TNT ordered a second season a while back, and, because the show was delayed for so long, a good chunk of it was already shot before production was forced to shut down following the pandemic -- that's why we're getting the Season 2 trailer right away. The premiere date might be a ways off, but at least this tease of more trains should give fans some post-apocalyptic conflicts to look forward to.