As recently as a decade ago, the idea of yearly Star Wars films might have set fans' hearts ablaze. But now, less than three full years into Disney-era Lucasfilm, that prospect is a nagging, seemingly endless taunt for some corners of fandom. The middling box office receipts for Solo: A Star Wars Story -- which made $103 million domestically, though it was initially projected to make $150 million -- show that moviegoers might be growing tired of the galaxy far, far away.

After Disney's propulsive first entry, The Force Awakens, which continued the Skywalker storyline as Episode VII, things were looking on the up for the franchise. Kathleen Kennedy, who took over as president of Lucasfilm after George Lucas stepped down, had a mega-hit on her hands, a record-breaking behemoth that united the internet in satiated glee. Rogue One -- the first live-action standalone in Star Wars history -- was similarly beloved and financially successful.

But the polarizing response to Episode VIII, The Last Jedi, sent a shockwave through the world of Star Wars fandom. Suddenly, Star Wars wasn't such a safe space. The film demanded a different kind of viewing experience than fans were accustomed to, and thus fractured the familiar, comforting world they'd occupied for so long. Love or hate The Last Jedi, it's hard to deny that the divisive reactions didn't poison the waters of Star Wars fandom -- perhaps permanently.

A small contingency of The Last Jedi haters made a roundabout effort to boycott Solo, convinced that Disney was ruining their beloved franchise. To them, the film's disappointing box office returns mean they succeeded.

But let's be frank: The #BoycottSolo crew was never more than a handful of entitled internet trolls trying to stir the proverbial pot. The real reason for the film's less-than-stellar opening may have more to do with its own content than whatever seeds The Last Jedi sowed, and the tepid, middling reactions across social media may be a harbinger of the franchise's soulless, money-minting future.

Here's a look at why Solo may have failed to strike the resonant chord previous Star Wars installments have struck.

Did anyone really need a Han Solo origin story?

From the second it was announced, Solo: A Star Wars Story sounded like a bad idea. Audiences weren't exactly demanding a film about arguably the most beloved character in Star Wars history played by someone other than Harrison Ford. Han Solo already has his important arc, and it's in George Lucas's original trilogy. Most of what we know about where Han comes from is revealed in the subtext of those films: He stole the Millennium Falcon from Lando Calrissian, he made the Kessel Run is less than 12 parsecs, he wronged Jabba the Hutt and has a price on his head, he's a scoundrel with commitment issues but secretly houses a heart of gold.

Solo, unfortunately, literalizes what's better left to the imagination, and that's been a sticking point for many fans. Early responses to the film were less than enthusiastic for this exact reason. Critics who saw the premiere threw out words like "fun" or "blast," but it felt like faint praise. Wading through Twitter reactions after its Memorial Day release, it seems the reactions are generally positive, but not exactly passionate.

Many have also pointed out that the film feels like fan-fiction or an Expanded Universe novel -- the sort of thing we can imagine on our own, but don't necessarily need to see.

Another elephant in the room with regards to Solo: The whole Phil Lord and Chris Miller fiasco. The directing duo was originally hired to helm Solo, even appearing on stage at Star Wars Celebration last year -- along with star Alden Ehrenreich -- to discuss their involvement with the project. 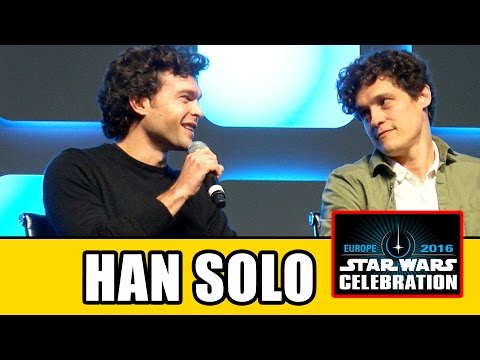 Lord and Miller went into production with Solo and did the majority of filming, but were fired just two weeks shy of wrap, and promptly replaced by Lucasfilm veteran Ron Howard. Rumors flew about what really happened, but ultimately, it didn't matter. Their firing was a huge blow to what already felt like an ill-advised film, and it's possible the production woes left a bad taste in the mouths of the fans who already had trepidations about the future of Lucasfilm. Lord and Miller were hardly the first Disney-era directors to get the boot from a Star Wars film, after all.

Star Wars fatigue may have finally set in

We'll never know what truly kept people away from Solo opening weekend, and it's not like the film was a total bomb -- though it was likely a combination of all of these factors -- but arguably the biggest culprit is franchise fatigue. The Last Jedi came out just six months ago, leaving a narrow window of promotional time for Solo. We didn't see a second of official footage from the film until the Super Bowl in February, just shy of four months before the film hit theaters. That lack of exposure, the proximity to The Last Jedi, and the fact that it was released when Star Wars internet discourse was at a major boiling point, likely all contributed to everyone needing something of a breather from the Star Wars machine.

But the series isn't totally doomed. Even though The Hollywood Reporter says we're getting a Boba Fett movie, and despite the whispers about an Obi-Wan standalone, there's nothing on the official Star Wars docket apart from J.J. Abrams' Episode IX, due out next December. That's plenty of time for Disney and Lucasfilm to regroup and reconsider what audiences actually want out of this brand. It's a tricky course to navigate, but despite Solo's underperforming opening weekend, this is still a wildly successful era of the franchise, with three back-to-back smash hits and one less-successful-but-still-a-hit standalone. That's a mighty good track record for Kathleen Kennedy, a Hollywood veteran who's shown a deft hand at saving could-be disasters.

There's no doubt that we'll be returning to the galaxy far, far away for many years to come. But how and where we enter the frame may change significantly after Solo.