As the four-episode series shows, writer Maury Terry got a lot of attention at the time.

The Netflix true-crime docuseries industrial complex shows no signs of slowing down. After shows like Night Stalker: The Hunt for a Serial Killer, Crime Scene: The Vanishing at the Cecil Hotel, and Murder Among the Mormons climbed up the streamer's top 10 list earlier this year, the new Sons of Sam: A Descent into Darkness, which chronicles one reporter's obsession with the grisly murders committed in '70s New York, similarly made waves with viewers eager to comb through the latest mix of interviews, archival footage, and theories. This time, there's a little Paul Giamatti thrown in, too.

The Billions star provides the voice of investigative journalist Maury Terry, who ends up being the main focus of Sons of Sam. While the first episode of the four-part series examines the hunt for David Berkowitz, the killer who plead guilty to eight different shootings committed in the summer of 1976, the rest of the show tracks Terry, who died in 2015, as he attempts to uncover a conspiracy that connects Berkowitz to other killings, Charles Manson, and a Satanic cult. As the title indicates, a good deal of Terry's reporting centers around the idea that Berkowitz did not act alone.

For some, this might be brand new information. But the show, like many true-crime documentaries and podcasts in recent years, is often re-contextualizing ideas, theories, and explanations that have been widely discussed in the media prior to its debut. We sifted through some of the material out there if you're looking to dig deeper into the unsettling territory Sons of Sam charts. 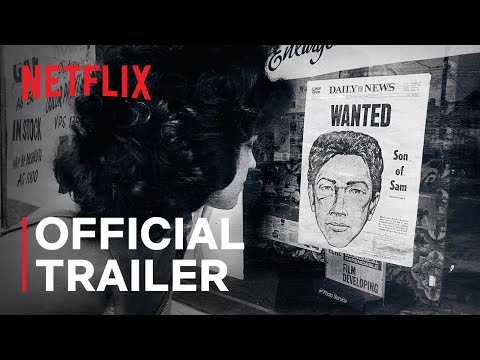 What is Maury Terry's theory about the Son of Sam killings?

The core of Terry's argument—and perhaps the most convincing aspect of his overarching theory—is that the NYPD was eager to close the case when they arrested Berkowitz on August 10, 1977. The first episode evokes the fearful atmosphere of the city and the tabloid tone of the media coverage, which really kicked up when the New York Daily News published a letter to columnist Jimmy Breslin signed by the "Son of Sam." When the police found Berkowitz and he confessed, there were a lot of powerful people and institutions that wanted to simply move on.

Maury Terry, a journalist who grew up in Yonkers, did not move on. Instead, he continued to investigate the shootings, specifically the possible involvement of two of Berkowitz's neighbors (John and Michael Carr, who both died under mysterious circumstances) and Berkowitz's connection to the occult. Terry was especially interested in The Process Church of the Final Judgement, a group that was founded in the UK in the late '60s. Terry eventually met with Berkowitz and confirmed many of his ideas during in-person interviews that aired on TV.

Years later, Sons of Sam director Joshua Zeman read Terry's book, Ultimate Evil, and met with him to discuss possibly adapting it into a narrative series. "He ended up being this really fascinating character," Zeman recently told Esquire in an interview. "He was both this kind of true crime mentor, but also unreliable narrator wrapped up in one. And again, I didn't quite believe him or the whole story, but I still found this story very fascinating." When Terry died, he left Zeman all his research materials, which is what Sons of Sam primarily draws upon.

Can you still buy Ultimate Evil by Maury Terry?

Yes. Terry's book Ultimate Evil: An Investigation into America's Most Dangerous Satanic Cult was published in 1987 at the height of the Satanic Panic, when there was an enormous amount of media coverage around possible Satanic practices, rituals, and abuse. It's easy to see the original Stephen King-like cover of Terry's book, which flashes on the screen during the docuseries, blending in with similar bestsellers. Sons of Sam notes that Terry's daytime TV appearances put him in contact with some elements of this mass hysteria, but it doesn't really examine the phenomenon in much detail. You can now purchase an updated version of Terry's book with a new subtitle and an introduction from Zeman, along with one of those little labels on the cover encouraging you to check out the Netflix series. 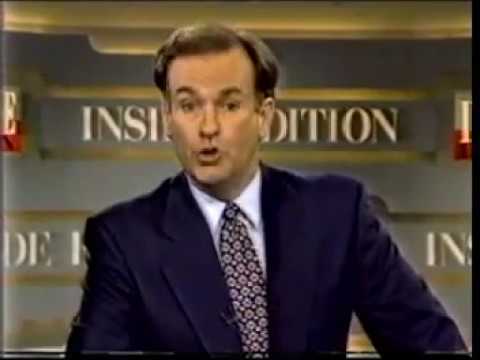 Can you find Maury Terry's interviews with David Berkowitz on YouTube?

Yes. Many of Terry's interviews with Berkowitz, which make up some of the most tense moments in the documentary, can be viewed on YouTube. One of the stranger parts of Sons of Sam is spotting media figures like Bill O'Reilly and Geraldo Rivera in their early days, framing up these discussions of Satanic rituals and occult killings. Berkowitz is now 67 years old and still in prison. Back in 2017, he sat for an interview with CBS News.

What does the ending of Sons of Sam reveal about Terry's theories?

In its final moments, Sons of Sam offers up some startling footage that implicitly seeks to vindicate Maury Terry. The viewer learns that in 2018 Stephen Blake Crawford, a security guard at Stanford, was linked through DNA evidence to the 1974 murder of receptionist Arlis Perry, whose body was discovered at the Stanford Memorial Church. (When the police arrived at Crawford's front door, he committed suicide before he could be taken into custody.) As part of his reporting, Terry had argued that the security guard was involved but he could never find enough evidence to prove the theory. Ultimately, the DNA evidence showed he was on the right track and, at least with the Perry case, his instincts were correct.

Despite this last bit of information, Sons of Sam still ends on a slightly muddled note. In trying to unpack the ambiguity of the material and end the series in a satisfying manner, Zeman stumbles. Was Terry a dogged reporter who was on the verge of cracking the case wide open or an obsessive conspiracy theorist who could bend every piece of evidence to fit his narrative? "Whether he could prove it or no, it was still a damn good story,” one of his journalist friends observes towards the end. Depending on your tolerance for Netflix's often overlong, undercooked true-crime shows, you might agree or disagree.