What a perfect time to watch a movie about a bunch of people shutting themselves off from society.

There was a time when scientific experimentation was messy, public, and, above all, hilariously audacious. Near the turn of the last century, it looked like we were closer to the Space Age than ever: In a few decades, we could be living in shimmering cities on the moon and colonizing our solar system, taking vacations into space, and charting the cosmos. Now, we're 20 years into the 21st century, and seemingly no closer to any of that than we were in the '60s, or even the '90s. In fact, there's a substantial group of people who believe that we'll never get there -- that the strain of space travel on the human mind and body are, simply from a biological standpoint, too great for us to overcome.

But, in 1991, we were living in a more hopeful (if more naïve) time, where those who studied the possibilities of space exploration were brilliant weirdos who designed and carried out all kinds of wonderful experiments, and not proto-Batman villains threatening to build hyperloops underneath Los Angeles or rockets that explode on the launchpad. Spaceship Earth, the new documentary that just debuted on Hulu, recounts the life cycle of the strangest of these: building a biodome experiment, and how reality ultimately brought it all (almost literally) crashing down.

The thing about living on a planet with an atmosphere different from the one we're used to, or no atmosphere at all, is that there must be a space within where humans can live that doesn't require us to wear spacesuits every hour of every day. The concept of the "bio-dome," or "closed ecological system," an airtight enclosure that promised shelter in the midst of a hostile environment, has been a staple for science fiction authors, everyone from Ray Bradbury to William Gibson. It's also the only way we could survive on a planet that's not our own. If we moved to Mars, or even the moon, we'd need to deploy some kind of self-sustaining system. In the mid-'80s, philanthropist Ed Bass and systems ecologist John P. Allen came up with plans for just such a system, and in order to test it, eight people would live inside, totally sealed off from even the air of the outside world, for two years. 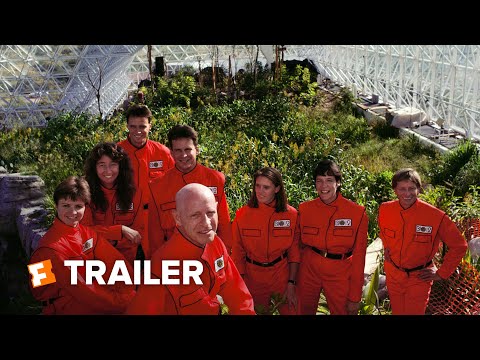 Bass and Allen called the project Biosphere 2 (as a reminder that "Biosphere 1" is in fact the world we live in now) and recruited a group of people to live inside of it from September 26, 1991 to September 26, 1993, subsisting only off of the continuously recycled air inside the dome and the food they could farm within it. The point of the facility was to resemble Earth environments in many ways: There was a desert, a jungle, an "ocean," and a savannah, livestock and fish for the inhabitants to eat, and edible plants, grains, and beans. It was meant to look and feel like an Eden, and, up to a point, it certainly did.

Spaceship Earth, which was cut together by director Matt Wolf using footage from the era of Biosphere 2 and all the planning that went into it and the fallout once the experiment was over, is less a day-by-day recounting of what life was like inside the dome (in fact, the Wikipedia page for Biosphere 2 is a lot more factually interesting), and more of a portrait of a time when there seemed to be no limit to what humans would try out in the name of blasting our species into the stars. The film takes a lot of time just hanging out with John P. Allen and his dramaturges in his weirdo hippie Theater of All Possibilities (they put on a performance about Biosphere 2 right before the experiment began), and noting a few of the weird mishaps the inhabitants suffered while inside, starting with a hilarious moment where the outside door, which was supposed to hermetically seal the people inside, refused to latch completely shut. It even ends with a surprise appearance from a very familiar villain who I won't spoil here, effectively bringing Biosphere 2's lofty pursuits crashing back down to Earth.

A giant dome under which humans could live in harmony with all the environments on our planet that would someday be transplanted into the soil of another world sounds way too good to be true. I don't think it's a spoiler to say here that it certainly was, but how nice it would be, just for a moment, to imagine that getting us out into space -- to really live out there -- could be as easy as that?