Perhaps the greatest compliment you can pay to a special-effects artist is to ask, "Did you really work on that?" Most of the truly astounding effects balance a desire to be "invisible" and leave the audience guessing how the sequence was accomplished. It's never easy.

Nothing gets past us, though. Here are crazy-complicated special effects that you probably never noticed -- until now. 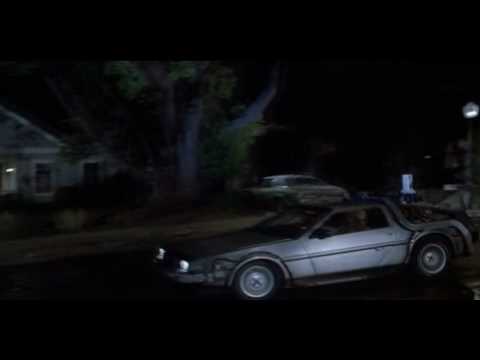 At one point during Robert Zemeckis' Back to the Future Part II, Marty (Michael J. Fox) and Doc (Christopher Lloyd) bring their DeLorean in for a neighborhood landing. It's a fairly innocuous shot that follows the flying car swooping in, landing, and continuing to drive until the passengers get out. But wait: did you notice something? There are no cuts as the DeLorean goes from flying to driving. Was a full-sized car carrying actors on wires? Was it a miniature? Did they do it with CG?

The answer lies behind a light pole in the foreground. The effects geniuses at Industrial Light & Magic (ILM) hid a split-screen transition between footage of a 3ft miniature DeLorean filmed on wires against blue screen and a live-action shot of a full-sized car.

What's important to note is that sequences like these were assembled in the days before heavy computer-generated imagery. Instead, ILM advanced the art of "repeatable" camera moves with computer-controlled motion-control photography -- a shot captured on a suburban street was then replicated on a blue-screen stage and composited on an optical printer (remember, no digital), with the lamppost hiding the seam.

Play through the frames on a Blu-ray copy of the film and maybe you'll notice the cut, but in any normal viewing of the shot, it is completely imperceptible. Several other key shots from Back to the Future Part II employed ILM's deft skills: the hoverboard chase? A mix of stunts, blue-screen effects, and some early digital wire removal. That scene where Marty's family is eating at the dinner table? They're all played by Michael J. Fox. The future of invisible effects sure was promising.

Fight Club had a unique story, and an even more unique way of telling it. "Narrator" Edward Norton often flashes back in time to describe an action in meticulous detail. In one scene, which shows the moment an apartment gas leak explodes, the camera zooms impossibly close to the stovetop, swirls around, then launches out again at the moment of the blast -- all in one shot.

To create that detail, director David Fincher, visual-effects supervisor Kevin Haug, and VFX studio BUF employed state-of-the-art photogrammetry techniques that involved taking hundreds of still photographs of the real kitchen scene, and later producing photoreal 3D models of the same objects. That way, BUF could move around the scene anywhere in space to create "frozen moment" views of the kitchen as the narration unfolds. Since the scene is essentially as accurate as the real photography, the transition between live-action and photogrammetry appears seamless to the audience.

These days, pretty much anyone can compose photogrammetry on a smartphone app. But in 1999, visual-effects artists had to painstakingly stitch together photographs (after first scanning them to the computer!) and "project" them onto matching CG models of the objects in the kitchen. Fight Club employed similar techniques for other sequences, too, including Helena Bonham Carter's swirling sex scene.

After Fight Club, Fincher continued directing a run of films that contained both undetectable and impressive visual effects, including Panic Room, Zodiac, and The Curious Case of Benjamin Button, though it was The Social Network that surprised so many with a complete human rendering: Mark Zuckerberg's adversaries, the Winklevoss twins -- both played by actor Armie Hammer.

In order for Hammer to take on both roles convincingly, Lola Visual Effects developed a specialized face-projection system that blew away the simple split-screen techniques ordinarily used when one actor plays two characters. First they shot each scene with Hammer and actor Josh Pence, who stood in for the second Winklevoss and sometimes had dots painted on his face to help track his expressions. Hammer was then filmed in a custom-made lighting rig, where he performed the role of the twin he didn't play on set. To complete the shots, visual-effects artists took Hammer's second performance and placed it like a mask over Pence's face.

Since The Social Network, Lola has continued to hone the technique, like in a delicate scene reuniting Old Peggy with Steve Rogers in Captain America: Winter Soldier, where the face of an elderly lady was re-projected onto that of actress Hayley Atwell while still preserving Atwell's original performance. The aim, as always, is not to have anyone in the audience notice. 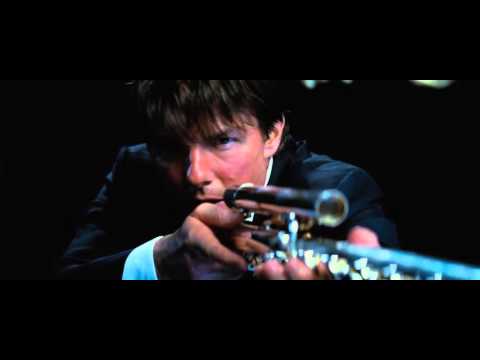 One of Mission: Impossible - Rogue Nation's most tense sequences unfolds during the opera Turandot in Vienna, with IMF agent Ethan Hunt (Tom Cruise) tracking undercover British agent Ilsa Faust (Rebecca Ferguson) and discovering that she, and others, intend to kill the chancellor of Austria during a performance in Vienna. The sequence crescendos into a dramatic fight above the stage between Hunt and another assassin, of which Turandot's players and audience are oblivious. So it's fitting that the movie audience is equally oblivious to just how much visual-effects intervention went into the making of the sequence.

VFX studio Double Negative filmed different aspects of the scene in different locations, then stitched them together. First Turandot was performed in its entirety in front of an audience. Double Negative also captured empty shots of the Vienna State Opera, and then filled 2,500 seats by replicating only 50 extras, who were moved around the auditorium performing different reaction moments in various lighting conditions.

Hunt's fight with the assassin was also recreated in various places, including a large stage in London that could house moving gantries. Some of these shots were filmed high in the air with a specially dressed opera background to match the opera house in Vienna. Even more angles and inserts came from another shoot at Leavesden Studios, near London, where the fighting was staged at ground level against a green screen. All that, and the visual-effects team also had to match the action to major music moments from the opera. 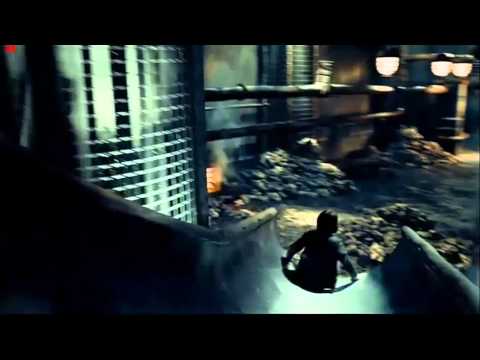 Martin Scorsese's Hugo, about the life of French illusionist and early cinema pioneer Georges Méliès, and set mostly in the railway station of Gare Montparnasse in 1931, was always going to require visual effects to bring its world to life. But one particular shot is truly mind-melting for its complexity and ingenious sleight of hand. Even if you noticed it, there's no way you realized just how much went into it.

Scorsese saw the shot featuring railway resident Hugo (Asa Butterfield) weaving in and around the secret back rooms and passages of the station and its famous clock as a "oner," meaning it appears to be just one long take. That required visual-effects studio Pixomondo to piece together several takes on several different sets, for a total of 1,203 frames, or 50 seconds of action, in stereo. They captured these takes in all manner of ways: using a handheld Steadicam, a camera crane, and even following Butterfield down a ladder and a chute. 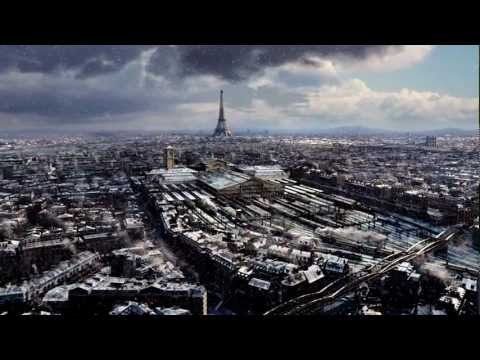 That chute gag was particularly complex since the stereo camera would not fit down the narrow structure, which forced the visual-effects team to devise a way to keep the actor stationary while the chute and a green-screened room spun around him.

Hugo won the Oscar for Best Visual Effects, beating out some heavy hitters such as Rise of the Planet of the Apes and Transformers: Dark of the Moon. It's likely that the film's nod to the old ways of effects and illusions gave it the upper hand against those other blockbusters, as it never seems to give away how the shots were pulled off.

Audiences who saw The Wolf of Wall Street, Scorsese's follow-up to Hugo, will be gobsmacked to learn just how much the director relied on visual effects to help depict the ups and downs of stockbroker Jordan Belfort (Leonardo DiCaprio). But once again, Scorsese adopted an "invisible" effects approach to any necessary CGI elements. Apart from a chaotic yacht rescue, perhaps, the visual effects went largely undetected.

Brainstorm Digital contributed to the effects, weighing in on everything from environment enhancements to compositing a lion into Belfort's office and adding tennis players to a jail montage. One particular environment enhancement involved augmenting an aerial shot of a beach party in the Hamptons, acquired with a drone, with extra digital foliage and surrounding houses. It goes by completely unnoticed -- and that's just one of many.

Ian Failes is a specialist in visual effects and animation writer who tries to notice invisible effects. Follow him @vfxblog.