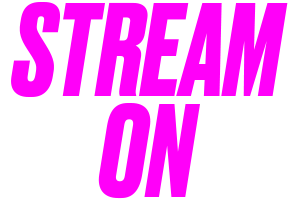 Netflix ain't afraid of no ghosts. The streaming giant's latest original movie Spectral, a thriller that splices Black Hawk Down with Ghostbusters that's available now, is definitive (and spooky) proof of that. If you thought the demogorgon from Stranger Things was intimidating, wait until you meet the shape-shifting, Silver-Surfer-looking creatures at the center of this 13 Hours-like military throwdown. Think of it as "Boo-gazi."

If the film's high-concept premise and impressive Weta-designed effects look like they're big-screen-ready, there's a reason for that: these ghosts were previously scheduled to haunt your local multiplex. This slick action debut from commercial director Nic Mathieu was supposed to be released in August by Universal before getting pulled from the calendar and picked up by Netflix in November. Now, it's nestled next to the company's ever-expanding stable of originals like the similarly bleak sci-fi thriller ARQ, the EDM dramedy XOXO, the Irish WWII drama Siege of Jadotville, and Adam Sandler's latest horror film.

Does this behind-the-scenes drama suggest Spectral is getting unceremoniously dumped in Netflix's content graveyard? Perhaps. But it also means you can watch a ragtag group of roughnecks do battle with some very fast ghosts from the comfort of your couch. Here's how to know if it's worth strapping on your proton pack for. 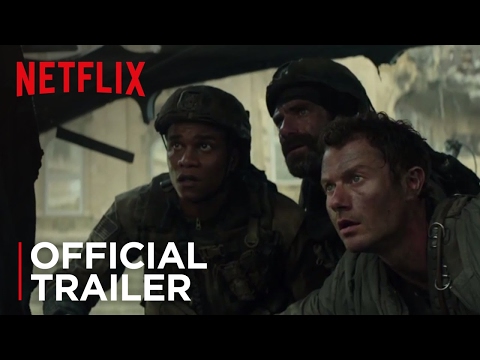 How do you feel about ghosts?

Spectral begins with a soldier moving through the crumbling remains of a bombed-out cityscape and getting attacked by a mysterious floating creature he can only see through a thin pair of technologically advanced goggles. (Think They Live meets Google Glass.) After the jolting opening, we meet Clyne, a rugged inventor-type played by James Badge Dale of, duh, 13 Hours. The army recruits the brilliant mind behind the "hyper-spectral goggles" to assist them in untangling the soldier's mysterious death. It's not long before he's deployed to war-torn Moldova in Eastern Europe, where he's quickly cruising the streets in a tank and gunning for ghost-like creatures with a squad of burly command bros.

Dale is the classic scientist nerd thrust into a dire situation, an archetype of James Spader nailed in Stargate and Amy Adams recently refined in Arrival. (Coincidentally, Spectral director Nic Mathieu was once scheduled to direct Arrival.) But what's strange about this movie is that Dale, with his wry demeanor and built figure, feels more like one of the soldiers right from the start, despite his character's early pacifist leanings. Like the film itself, his character has real brains but seems more interested in firepower.

Do you play Gears of War?

There's so much shooting at ghosts in this movie! Seriously, if you enjoy that little "click" sound an assault rifle makes when it brushes up against a soldier's uniform, then this will be your favorite movie of the year. As La La Land is to musical numbers, Spectral is to scenes where jarheads fire rounds into targets they can't hit. Because they're ghosts! You can't shoot ghosts!

In addition to mining the visual grammar of modern military combat films, Spectral will appeal to anyone who loses hours playing games like Gears of War, Call of Duty, or Halo. Watching this movie on Netflix will be a welcome respite from hours of button-mashing, a chance to recharge by letting someone else use the controller for a change. While the movie isn't experimental like 2016's first-person shooter riff Hardcore Henry, Mathieu often places his camera right behind character's shoulders and uses the goggle view to create Resident Evil like tension. When things inevitably go wrong, the movie delivers.

If you're looking for Conjuring- or Paranormal Activity-style jump-scares, you've come to the wrong place. Despite the creepy trailer, this is much more of a tactics-first thriller than a visceral chest-burster. It's not Aliens or The Thing -- or even Ghost of Mars, really. As Clyne begins to make sense of what's going and the team retreats to one of the enemy's compounds, the film morphs into a Nolan-lite head-scratcher. An occasionally Inception-like score by Batman v. Superman composer Junkie XL only adds to the feeling of blockbuster déjà vu.

Do you want to see Emily Mortimer kick ass?

Did I mention the very charming Emily Mortimer is in this movie? She is! In the film's only adult female role, CIA agent Fran Madison, the Newsroom actress isn't given much to do other than look stern. Once the battle gets going, she's unfortunately saddled playing mommy, taking care of two cute kids the team finds in an abandoned factory. Did we learn nothing from Emily Blunt and Edge of Tomorrow? Give the classy British actress in your action movie a big metal sword -- and let her kill some ghosts.

Are you all about condensed matter physics?

The big twist of Netflix's soldiers vs. ghosts movie is that the ghosts are… not actually ghosts. Towards the end of the film, Clyne figure out that the ghost-like creatures are the result of a science experiment gone wrong. In a stirring info-dump of a speech, he explains what a Bose–Einstein condensate is to a room full of soldiers and convinces them to change their plan. "Anything can be broken down," he says. "It's just energy."

It's a decent twist, and eventually we do find out why the attackers so closely resemble humans. The film's script, which was penned by The Adjustment Bureau writer George Nolfi, is packed with enough genuine scientific jargon to send you down a post-viewing Wikipedia K-hole. Phrases like "scanning people on a molecular level" and "cloaking technology" get thrown around. There's a veneer of authenticity that elevates the mumbo-jumbo above the type of dialogue you hear in a Syfy original.

But this is still an action movie. When our geek hero and his new army friends get backed into a corner, what do they do? Build cooler weapons. Because even if the enemies aren't ghosts, the solution in movies like this is usually pretty simple: get a bigger gun.

Dan Jackson is a staff writer at Thrillist Entertainment, and he thinks Netflix should just give John Carpenter a bunch of money. He's on Twitter @danielvjackson.
Our Newsletter