Everything We Know About 'Squid Game' Season 2

More of the Emmy-nominated South Korean hit will be coming to Netflix.

In fall 2021, the South Korean thriller Squid Game leapt ahead of mega-hits like Bridgerton, The Witcher, and Stranger Things to become Netflix's biggest series to-date across the world in any language. It's been binged by 142 million households since its September 17 debut last year, and though the initial swell of fanfare has died down, that number only continues to climb as more and more people get around to watching the show that got their pals to make dalgona or become obsessed with a large, robotic death machine of a girl. I mean, did you see all the Halloween costumes or Chrissy Teigen's disastrous Squid Game party?

In 2022, it became the first-ever non-English language series to be nominated for an Emmy and racked up 14 total nods in categories across the production, including acting, directing, writing, production design, and others. With its sharp critique of capitalism and well-paced plot about financially desperate people lured into a chain of deadly children's games to win ₩45.6 billion (over $38 million), Squid Game has resonated as a perfect show for this moment as capitalism crumbles. Though it might seem like a self-contained story, the first season of the series, which took filmmaker Hwang Dong-hyuk (Silenced) more than 10 years to get made, ends on somewhat of a cliffhanger. It would seem like a no-brainer for such a hit series to get a second season, but is that the case for Squid Game? Read on for what we know so far.

Will there be a Season 2 of Squid Game?

During Netflix's January fourth-quarter earnings call, co-CEO Ted Sarandos confirmed in no uncertain terms that Squid Game will be coming back. "The Squid Game universe has just begun," he said, according to Deadline. (The news came shortly after Netflix confirmed that it will release 25 new Korean original series and movies in 2022.) Not only does that mean there will be a second season, but a third as well, creator-director-writer Hwang Dong-hyuk hinted to Korean broadcaster KBS in late December. However, it wasn't until June 2022 that Squid Game Season 2 was confirmed greenlit, and it came with close-up photo of a mechanical eye, supposedly the brother of Season 1's giant robotic death doll, and a note from director Hwang.

The sentiment is a long ways away from when the series first premiered; Hwang didn't necessarily develop the show with the intention of it being a multi-season project. In the final scene of Squid Game, the last man standing, Seong Gi-hun (Lee Jae-jung), with his freshly dyed cherry-red hair, is about to board a plane to the United States to be near his daughter but turns around, determined to take down the organization running the sinister games. According to Hwang, he actually felt as though the first season's ending with Gi-hun not going to the US was "good closure for the whole show," and not necessarily an opening for Gi-hun to start a vigilante investigation to take down the mysterious and obscenely wealthy group.

Hwang told The Hollywood Reporter in October, a month after Squid Game dropped on Netflix, that, although he's unsure about continuing the series, "I’ll just say there are a lot of possibilities out there for Season 2 storylines." In November 2021, Hwang told THR at a special screening and Q+A in Los Angeles, "I do have a basic storyline for Season 2—it’s all in my head—and I am currently in the brainstorming stage. It will happen, someday, but as for when, I cannot tell you the details."

Meanwhile, Netflix released some of Hwang's past work, including the dark drama Silenced, the period piece The Fortress, and the quirky comedy Miss Granny, for new fans to watch as they wait for more news about Squid Game to emerge.

When will Squid Game Season 2 be released?

Right now, Hwang Dong-hyuk is said to be in the midst of working on another movie, so it might be some time. But in a May 2022 Vanity Fair profile, written by Korean American novelist R.O. Kwon, Hwang offered that he anticipates that Squid Game Season 2 will come out in late 2023 or 2024. And if there is indeed a Season 3, Netflix might double-down on production and shoot both the second and third seasons at the same time, making for a shorter release window. Though it seems at the moment that Hwang is predominantly concerned with how Season 2 will play out. "Season 1’s success has given me an immense amount of pressure and I am having nightmares about the reception for Season 2 not being so good," he told Deadline in May 2022.

In the meantime, Netflix put out a casting call for a Squid Game-inspired reality show called Squid Game: The Challenge along with a teaser, which you can watch below. That's right: In a woefully ridiculous turn that seems to miss the point of the show entirely, 456 contestants will compete in different school-yard games until one person is left standing. (Though the ones who lose won't get, uh, shot.) That person would $4.56 million, allegedly the largest cash prize in reality show competition history. 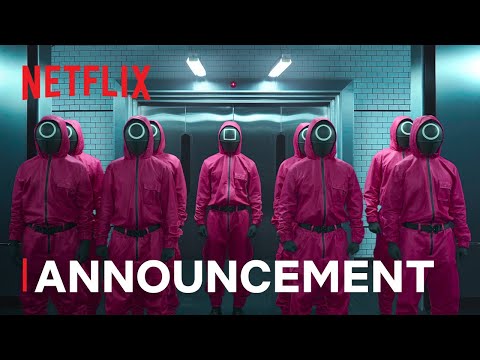 Who in the cast will be back for Squid Game Season 2?

Pretty much everyone you loved and loathed died by the end of Squid Game, so expect to see a crop of mostly new faces. (That said, you can never rule out the power of flashbacks.) Lee Jung-jae, of course, should be back as Gi-hun, the game's winner with a new lease on life after, one, learning his precious gganbu Il-nam (Oh Yeong-Su) was actually a horrible, evil man, and two, seeing with his own eyeballs that the games are far from over and actively recruiting new participants. (Both were nominated for 2022 Emmys in the Lead Actor and Supporting Actor categories, respectively.)

With the shady group behind the games as his target, Lee Byung-hun could return as the Front Man, having issued the warning to Gi-hun that it was his best interest to get on the plane and leave Korea, and Gong Yoo as the Salesman, recruiting new participants. We'd probably also see more of Park Si-wan as Kang Cheol, Sae-byeok's younger brother, now that Gi-hun took him out of the shelter and left him with Park Hye-jin as the dreaded Sang-woo's very kind mother.

What about the director?

Squid Game was entirely Hwang Dong-hyuk's vision, so he'll definitely be involved. Things might evolve a little bit, though, as he told Variety that he would be interested in bringing on more names on the production side. "If I were to do it, I would certainly not do it alone. I'd consider using a writers' room and would want multiple experienced directors." Netflix's Global TV chief, Bela Bajaria, mentioned that to Vulture as well: "We’re trying to figure out the right structure for [Hwang Dong-hyuk]."

What will Season 2 of Squid Game be about?

Because Squid Game ended with Gi-hun surprisingly turning back on the jetway and the group organizing the games left a mystery, there's a lot of ways the series could go. Showrunner Hwang told THR that he's interested in fleshing out what happened with police officer Hwang Jun-ho (Lee Byung-hun) and his missing brother, eventually revealed as the Front Man (Lee Byung-hun) who killed Jun-ho before he could make it back to a place with cell service to send off the evidence he collected about the nature of the games and the pawns within them. Hwang said he would "like to explore that storyline," and then "also go into the story of that recruiter in the suit [Gong Yoo] who plays the game of ddakji with Gi-hun and gives him the card in the first episode." More Lee Byung-hun and Gang Yoo: Yes, please.

Although Hwang hopes to expound upon those lingering questions, we'll probably be seeing more of Gi-hun. He would still likely be at the forefront of the show, as the series creator clarified that he would want to "explore more about how he’s going to navigate through his reckoning with the people who are designing the games" after having faced a rollercoaster of traumatic events. We'd also hope to see what happens with Sae-byeok's little brother and fellow North Korean defector, Cheol, now that he's under the care of Sang-woo's mother, and if he's able to find anything out about what happened to his sister.

Mainly, though, Hwang's vision for Season 2 is mostly thematic; he's written about three pages worth of ideas that he'll turn into a script, according to that May 2022 Vanity Fair profile. "I want to ask the question, 'Is true solidarity between humans possible?'" Hwang said. "If [the characters] were capable of talking with one another, of cooperating with one another, I do agree that there could have been a possibility that we could have seen more winners."