Five elements bind every Star Wars movie together: a comical droid, a bad dude who wears all black, someone saying "hyperspace," a lightsaber, and, unfortunately for us all, a desert planet.

Obviously, the desert planet trope was baked into the franchise from the start. When we first meet our hero Luke Skywalker in the 1977 original, he's living with his aunt and uncle on a moisture farm on Tatooine, staring off into the binary sunset and wishing he could get out of this beige-colored hellscape. Because who wouldn't want to leave a desert planet? Desert planets are the "this town" that every emo kid has "gotta get out of."

Look, Luke left his homeworld and only returned once (not counting Force Ghost Luke), and that was to rescue his best pal. At one point in his past, Luke definitely wanted to go to Tosche Station to pick up some power converters, but that doesn't mean he liked Tatooine. For all we know, he may well have hated sand as much as his father did -- and there's nowhere that sand is more pervasive than on a desert planet, a whole planet full of sand. Awful!

I don't really know where my hatred for Star Wars desert planets came from, but I have a feeling it's because we KEEP SEEING THEM. Anakin wins his pod race on Tatooine, and later goes back there to murder some Tusken Raiders. Luke escapes Tatooine only to return to it two movies later to fight a giant, lecherous slug and rescue Han. Before we get to lovely, tropical Scarif in Rogue One, a lot of the action takes place on Jedha, a sacred location to the Jedi that also happens to be a desert moon that is not only a desert but a COLD desert. When The Force Awakens begins, we meet our hero Rey scrounging around for a living on Jakku, another FLIPPING DESERT PLANET. There's another new one, Pasaana, in The Rise of Skywalker, plus a return to Tatooine. And on and on and on. Even The Mandalorian has not one, but TWO desert planets in its very first episode. I nearly threw my television out the window.

Not everything about desert planets is bad. They tend to have banthas, which are good, and the Jawas have grown on me. But, mostly, desert planets are bad and boring. I am literally begging Disney and Lucasfilm to stop this. They have the power to do it. And it's not like cool planets don't exist in the Star Wars Universe. The prequels, for what it's worth, have some genuinely great ideas, as far as settings go. The underwater Gungan cities on Naboo? Dope. Mustafar, the planet constantly on fire and boiling with lava?? Sick. Coruscant, the planet that's just one ginormous city?? I'd like to sign my lease now. And the original trilogy had some good stuff, too. Endor? You got your vegetation, you got your cute, annoying race of tribal teddy bears, you got treetop living structures where they play "Yub Nub." Love it. Now give me some new shit. Give me some Interstellar huge wave planet shit. Give me some frond-y bioluminescent Avatar jungle shit. I am literally begging. 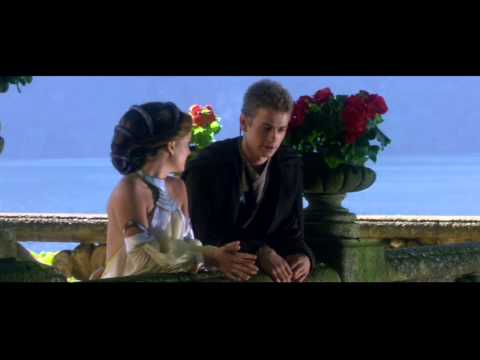