'Succession' Ruined the 2005 Movie 'Pride & Prejudice' for Me

The curse of Tom Wambsgans.

Here's a factoid I've enjoyed pulling out lately: Did you know that Tom Wambsgans is also Mr. Darcy in the 2005 Pride & Prejudice? For some, this is not new information. But if someone didn't know that Matthew Macfadyen plays Succession's resident shit-eater and Jane Austen's great high society romantic lead, it is mind-blowing. It's also sort of ruined Joe Wright's gorgeous adaptation of the novel for me.

Maybe that's an overstatement. But I can't watch the movie (which is available on Netflix) without a little voice in my head going, "That's Tom Wambsgans." This is not because Matthew Macfadyen is a bad actor; Matthew Macfadyen is actually a brilliant actor. But it takes a second to realize that this is indeed the same person playing both these roles, Tom Wambsgans "bewitched of body and soul" by Keira Knightley's Elizabeth Bennet. That's how good he is. But once you do know that Mr. Darcy and Tom Wambsgans are one in the same, it's hard to unsee. 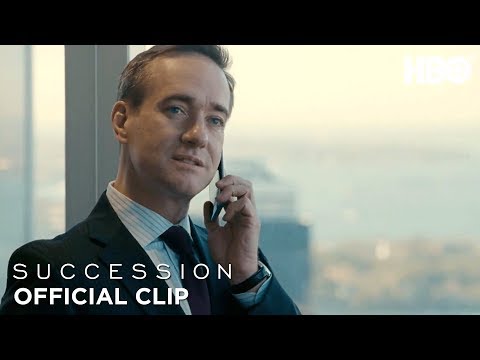 When Macfadyen was cast as Darcy, he was an unknown with big shoes to fill. Colin Firth's Darcy in the 1995 BBC miniseries had been the ultimate in Regency hunks, regarded by Austen aficionados as the perfect portrayal of the officious object of desire. While Wright's cinematic version was critically celebrated, it was the subject of some derision by Austen scholars who thought it too sexy, specifically taking issue with a dreamy kiss that was tacked on to the end of the US release. Macfadyen, too, was the subject of mixed responses. Stephen Holden at the New York Times praised his Darcy, writing, "Mr. Macfadyen's portrayal of the character as a shy, awkward suitor whose seeming arrogance camouflages insecurity and deep sensitivity is more realistic" than Firth's take on the character. Ken Tucker at New York was downright cruel, calling Macfadyen "sour."

Tom, of course, is not only one of the best television characters in recent years, he's also one of the most uncomfortable presences on screen I've ever encountered. If you were to transpose the world of Succession to Austenian England, Tom would be less Darcy and more George Wickham. Tom is a man desperate for status, who has glommed onto the Roy family by way of Shiv. He's abused by those higher in status than him (ie. almost everyone) and abusive to those underneath him (Cousin Greg). Tom is alternately pitiable -- fully taken advantage of by his wife and her horrible family -- and loathsome. That whole using human beings as footstools and placating Nazis is genuinely awful. He's also ridiculous. He calls himself a "Tomlette." He once swallowed his own load and was proud of it. Now, imagine Mr. Darcy doing all of that.

Joe Wright's Pride & Prejudice is sumptuous with some virtuosic filmmaking and generally charming performances, but it took Matthew Macfadyen playing desperate creeps like Tom for me to fully love him as an actor. (He's also wonderful as a terrible HR person in this year's The Assistant.) These days, I can't help but see a little bit of that desperate creep in dear Darcy. Or maybe the desperate creep was always there. At least I have Tom Wambsgans to thank for destroying the dream of one of the greatest characters in the literary canon.