"What is normal, really? Normal is what you know. And normal is what your family is," says Alex Lewis, one of the two subjects of Ed Perkins's powerful and troubling new documentaryTell Me Who I Am that was recently released on Netflix. The documentary follows 54-year-old identical twins, Alex and Marcus Lewis. A 1982 motorcycle accident threw their life into disarray when, in a stranger than fiction instance, Alex lost his memories. A searing examination of childhood trauma, Tell Me Who I Am raises provocative questions about the imprecision of memory and the rose-tinted lens through which we view family. Yet, it is also an uncomfortable reminder of our insatiable appetite to consume trauma porn, even in the wake of movements like #MeToo.

Divided into three segments, the first section of the documentary recounts Alex's side of the story. After a grave bike accident at the age of 18, Alex can't recognize his parents and friends, nor recall his childhood memories. Their family home, a large mansion set on an estate with a gravel drive and twisted vines, seems straight out of a gothic vision. The only face he can recall is that of his twin, Marcus. 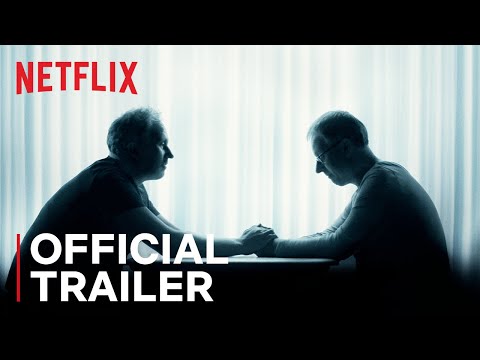 Having forgotten what several habits entail, including brushing his teeth, tying his shoelaces, and riding a bicycle, Alex is nudged towards recovery by Marcus. His doting brother gives him primers on their friends, shows him photos of their holidays, and fills in Alex's gaps with regards to their parents -- an eccentric mom and their distant dad. He is also initiated into the strict rules they have to live under and the slightly odd details of their life: the two of them sleep in the shed, don't possess a key to their own home, and aren't allowed to go upstairs. It's only in their thirties, after their mother's death, that Alex discovers a secret closet with a disturbing childhood photo of him and Marcus naked with their heads have lopped off from the photograph. He confronts Marcus, and the secret that has been teased to viewers finally comes into focus: Marcus has been fabricating the childhood that Alex remembers since the accident. The devastating truth about their past emerges despite Marcus's intricate charade. They were sexually abused by their mother.

Marcus's section of the story, despite his betrayal towards Alex (and the viewer), is deeply moving. His choices don't seem to be dictated by the sociopathic impulse to play god as much as sparing his sibling from the horrors of their childhood. After all, is there a greater act of filial fealty than to protect your brother from the trauma of memories that scar you for life? As he explains, "Alex lost his memory by accident. And I lost my memory voluntarily. And it was great. And I was free. And I could be rid of all the things she'd done to me." It's a heart-wrenching moment that forces you to pause for air.

After Alex confronted Marcus at the dinner table in their family home decades ago, he apparently retreated into a shell, unable to broach the topic and the details of what happens in their childhood. The final section of the documentary brings the two brothers together in Alex's quest to find the final piece of the jigsaw puzzle of their childhood abuse.

This is unfortunately where the elaborately Daedalian orchestration of the production starts to show. There are one of those filmmaker-mandated therapy sessions where the two brothers sit across each other at a table -- catharsis for the viewer, not the two of them -- that never shakes off the phoniness of a reality show intervention. As Alex himself notes, Marcus and him run their companies together. The two of them even co-wrote a book about their childhood and experiences together with prolific nonfiction author Joanna Hodgkin. Are we to believe that they never dug into this incredibly painful memory with each other before getting in front of the cameras for this documentary?

What's even ickier is the continued façade of insisting that Marcus's confession as the final piece of the truth that Alex was never told. Tell Me Who I Am's first sleight of hand with regards to Marcus's deception is acceptable since it puts us in Alex's shoes and has us contemplate Marcus's difficult choices. However, the build-up to 'what really happened' has a voyeuristic true-crime aesthetic that cheapens the final act. We are also told that Alex and Marcus are both happily married, and have families of their own. Yet, we see little of their lives outside the intimate narrative that they are placed in, their lives and relationship with each other reduced to their trauma. It's an odd effect that makes the audience feel like we are sitting in on a videotaped social psychology experiment.

I was occasionally reminded of last year's exemplary documentary Three Identical Strangers due to a few superficial similarities, but Tell Me Who I Am is missing that movie's expansive empathy. Admittedly, the sight of the two brothers embracing across a table will move anyone to tears, but it isn't enough that Perkins is telling an important story. It was vital for him to contextualize their childhood abuse not as "gotcha" moments for the screen but to delve deeper into the questions of recovery, something that's barely touched on in the 85-minute runtime. What's far more valuable in this era of reckoning aren't the gratuitous details, not the what, when, and how, but the now what?

In one of the final scenes, we see Alex in front of a computer screen ready to watch Marcus's revelation he has been waiting for. I wondered what would have happened if the credits rolled before Marcus's shocking confession, that their mother had sexually abused them and passed them around to their friends. It's a painful truth that's Alex's alone, not something passive viewers like us need to be entrusted with. But who wouldn't want the escapism of tidy TV resolutions over the unfinished business of real life?

Karthik Shankar is a contributor to Thrillist.
Our Newsletter