For more incredible behind-the-scenes anecdotes, read Thrillist's list "The 100 Greatest Movie Props, and the Stories Behind Them."

Director Tobe Hooper, who passed away earlier this year at the age of 74, spent his career dealing in terror, fright, carnage, and macabre humor. He grappled with life, death, and life after death in movies like The Funhouse, Poltergeist, and Lifeforce. But the experience of directing his grungy masterpiece, The Texas Chain Saw Massacre, demanded every ounce of physical and mental energy he had in his then-31-year-old body. In a 2014 interview, he referred to the making of the film as a Native American "war dance."

Thrillist TV
History ofS1 E24
The History of Tailgating
That was the heaviest set I’ve ever been on. It was miserable, really. That added to a part of the chemistry that caused certain behavior. The heat, the smoke and bones are cooking under the hot lights… You start working at a pace and when everyone is involved equally, something intangible, something metaphysical, is being created when everyone is in the same mind space. And that’s what was going on. I didn’t know that exactly at the time, in the beginning. But about halfway through I started understanding this war dance concept. And at a certain point that energy starts helping you go in the direction you intend to take it in.
I was in a department store around the holidays, thinking, "I just can’t wait to get out of this department store." There were thousands of people in there, and I was weaving through them to get out, and I found myself in the hardware department. I looked down and there was a rack of chain saws in front of me for sale. I said, “If I start the saw, those people would just part. They would get out of my way.” That birthed the idea of the chain saw. Obviously I didn’t do that at the time.

But driving home I was thinking about it. I’d been working on this idea of young people, college students, in isolation. We were going through a gasoline shortage in the country at the time. People had to queue up in their automobiles at gas stations, sometimes for miles. There was gas rationing. And I was hearing a lot of lies on television. Politically, the times were interesting; they were kind of amplified. So the idea came to me in the car of how to pull all of these elements together. It came really quickly -- the whole configuration of the characters -- and the loop, the way the story loops inside itself.

Hooper's story about a family of cannibals -- including one chainsaw-wielding, mask-wearing butcher who'd rise to icon status as "Leatherface" -- and a gaggle of twentysomethings who pick up the wrong hitchhiker on the wrong country street on the wrong sunbaked summer day, was a direct reaction to 1970s politics and boiling Vietnam War sentiment. The director's ideological rage, added to his frustration with Hollywood's reduction of the horror genre to slapstick schlock, emboldened him to make one of the grislier movies in existence. (That said, he still rang the MPAA ratings board nearly every day of the shoot to make sure he could bash a man's skull in with a hammer and get a PG rating. He settled for an R.)

The catalyst for the final, bloody movie that continues to horrify audiences decades later came in the form of the title prop, a source of inspiration that Hooper found at a department store during the Christmas season of 1972. As he told Interview in 2014: 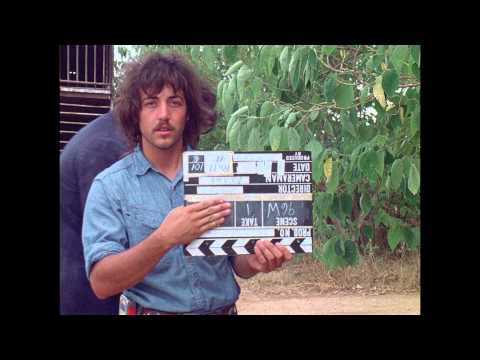 In an interview for Thrillist's "The 100 Greatest Props in Movie History," conducted shortly before his passing, Hooper explained how he found the perfect chain saw for his sadistic portrait of family life. The anecdote captured the essence of what makes Massacre so scary all these years later; to achieve the realism necessary for Leatherface's brand of brutality on a meager $60,000 budget, Hooper and his team had to risk using an actual chain saw. Safety precautions were… limited.

I needed an old saw. A saw that had character from age. One of the investors in the movie happened to have an old saw in his garage. [We had] just that one. Of course production-wise, that's almost unheard of. That thing could've been damaged, stolen, ruined. Leatherface fell with it a couple of times. We were a bit cavalier about being careful with it. So we got another chain for the saw and took all of the teeth off it. Then we took the clutch out of the saw itself to see what would happen. If you rev the engine, the chain without that piece would naturally vibrate around in a circle. So the film only reads that it's spinning. That made it safe for running with it.

But when it came to a shot where we had to cut something with the saw, we had to put the clutch back in and the chain with teeth back on. It has to go through Leatherface's pants when he falls at the end of the film. So the clutch goes back in and a piece of metal goes on his leg and underneath there's meat wrapped in plastic with a lot of stage blood inside it. It ripped through the steak and down to the steel plate that heated to up to maybe 150 degrees because of the friction. His reaction of pain was real. It burnt him. Not real real bad, but enough to make him jump.

Hooper had no regrets. In fact, he told us the mild injuries were all part of a nightmare he created on set and, he believes, you can see bleeding into the movie.

I didn't want [the actors] calm at all. It was a miserable shoot, and that misery brought out pure and real fear. I later heard from [Gunnar Hansen, the actor who played Leatherface], that doing that final shot was his last opportunity to kill me, that he worked that dance up, swinging that saw close to me. It's right up to the camera. So ending on that, just cutting to black at the peak of the hysteria was totally natural. You're left breathless.

Hooper went to great lengths to authenticate Massacre. Like the chain saw, the skeletons we see in the movie are actual human bones shipped over from India ("It was less expensive," he said.) Then there were the faked props that, in retrospect, completely flip the grueling narrative on its head. According to an interview with Indiewire, Leatherface's mask was "very fragile, made of coat hanger and some kind of parchment paper to make it look like dried skin. It wasn’t rubber like they’ve been ever since." No one touched those but Leatherface, he said.

Leatherface's rust-and-blood carnage is preserved in Hooper's film, but in 40 years, time has had its way with the legacy. Countless remakes have come through the corporate pipeline (the latest, Leatherface, is out on VOD now); the house on Quick Hill Road is gone, broken down, reassembled and renovated on a new site, the original patch of land paved over for a commercial business center. The patch of road where Leatherface chased Sally is overgrown and cracked.

But the chain saw, according to multiple sources, is safe. Hooper kept the handheld machine under glass (along with one of the meat hooks, and a hitchhiker corpse) for the years after his tumultuous shoot. He knew what audiences knew: Texas Chain Saw Massacre was an instant classic, and every piece of the puzzle was worth hanging on to.

At a recent screening of the film in Los Angeles, The Exorcist director William Friedkin, one of Hooper's biggest fans, asked him whether or not he thought Massacre was art.

Matt Patches is the Executive Entertainment Editor of Thrillist. He previously wrote for Grantland, Esquire.com, and Vulture. Find him on Twitter @misterpatches.
Our Newsletter