You don't have to be a record label executive to deduce that classical music isn't exactly the hottest genre in the world -- it's usually found low on the radio dial, a platform fast becoming obsolete itself. For many music listeners, this fact barely registers at all, yet for a small group of fans and musicians, it's a tragedy in slow motion.

"Classical music is dying. Or, at least, it’s failing," violist Drew Forde tells me over an iced coffee, hands animatedly conducting the invisible orchestras of his stories. But unlike his predecessors, Forde has a plan to keep it alive.

With more than 100,000 Instagram followers and a thriving YouTube channel, the 26-year-old Forde hopes to be dubbed the Neil deGrasse Tyson of classical music, someone determined to save the centuries-old art form by making it accessible to everyone through social media. This resurrection is no easy feat, as for decades classical music has evolved into a pastime associated mainly with an affluent, white upper class, and anyone who suffered through subpar band instructors in school probably isn't seeking out Schumann concertos. Should it die tomorrow, would classical music be widely mourned, or would it simply depart with a whimper?

Growing up in Peachtree City, Georgia, Forde began playing the viola at age 12 when the orchestra teacher enticed him with promises of Disneyland and a rendition of the Spongebob Squarepants theme. With everyone else gravitating toward the violin, the cello, or bass, Forde decided to stray from the most popular instruments and chose the viola. Once he did, he decided to push himself to explore limits of his potential.

“It’s like any relationship. You wake up next to somebody and you choose them every day. I actively choose my viola,” says Forde. “It’s the intimacy, it’s the rawness, it’s the humanity, that’s what’s most important and keeps me waking up every single day playing my instrument.”

Forde admits that it was his sense of competition that compelled him to practice hours every day, a habit that paid off when he was accepted into Georgia’s All-Star Orchestra just two years after picking up his instrument. From there, he developed his talent further and was accepted into the Atlanta Symphony Orchestra's Talent Development Program, which provided him with funding for summer festivals, auditions, and private lessons. He continued auditioning for statewide orchestras, compelled by the dedication and connection he developed with other aspiring classical musicians. By senior year, Forde was soloing with the Atlanta Symphony Orchestra.

The mission of the Talent Development Program is "to identify and develop musically gifted and motivated, African American and Latino classical music students for acceptance in top music programs in preparation for careers as professional musicians," with the goal to diversify the field of classical performance in years to come. But when he first picked up the viola, Forde adopted Neil deGrasse Tyson as his role model after learning Tyson was also a black man attempting to make change in a predominantly white field.

“When you thought of scientists, you didn’t think of somebody who looks like Tyson, but now you do. I was like, I can do that for music,” Forde remembers. “I can be the guy where people are like, ‘Of course black people play string instruments, because Drew Forde does it!’”

Wanting to become a role model means putting yourself out there; Neil deGrasse Tyson certainly didn't get famous by working quietly on astrophysics in a research lab. So, while working on his bachelor's in Viola Performance at Mercer University, Forde decided to dive into the world of Instagram, with the purpose of making classical music accessible and fun for younger kids who were starting to play. He gave himself the moniker ThatViolaKid (TVK) and started the #PlayHomiePlay hashtag to inspire musicians to upload short clips of themselves playing passionately and authentically -- mistakes and all.

"I realized that pursuing classical music might not be what most black people are doing, but it doesn't make it any less authentic," Forde continues. "I had to tell myself, I'm not doing anything wrong. I may be shattering perceptions, but because I feel so strongly about music, I know other people can feel strong about this too."

As part of shifting those perceptions of what a classical musician looks like, Forde has also taken on a wide range of projects: he performed as the principal violist for Zelda Symphony, and collaborated with Mac Miller on his album The Divine Feminine, documenting everything on Instagram along the way. After rising to become one of the most-followed classical musicians on the platform, Forde started his YouTube channel in 2015, following his graduation from Juilliard. At first, Forde's videos were mostly advice garnered from Instagram comments, like "How do I get into Juilliard?" or "How do I overcome stage fright?" But soon, Forde began diving into denser topics, such as his experiences as black musician in a primarily white profession.

Forde's outgoing personality is bolstered by an ability to connect listeners with the deeper human experience behind each piece. You've suffered heartbreak? So has Mozart, and he put it into a song. You're in love and aren't sure how to properly articulate it? Bach was in the same boat, and you can listen to his musical love letters. Classical music requires listeners to feel and actively engage in the often wordless compositions, but just like today's pop songs, symphonies and cantatas carry human messages and emotions. 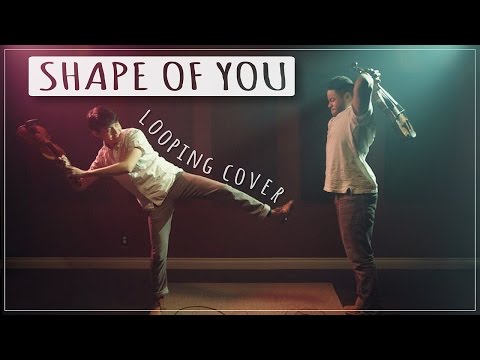 While it's not the conventional path of a classical musician, the social media strategy is paying off. For the next year, Forde is booked solid. He'll perform two professional solo debuts, the first with the National Orchestra of the Dominican Republic, and later at Spivey Hall in Georgia. Then he's off for a month touring with the Sphinx Virtuosi -- an orchestra comprised of 18 of the best Black and Latino classical soloists in the country. In the new year, he'll tour for five months with Lincoln Center Stage on a cruise ship, before taking off to Japan to film a music series with a fellow YouTuber.

Until then, his days play out like handful of transistors alternating between frequencies: Performance, audition, practice when his roommates are out, YouTube. His channel is continuing to grow as Forde branches into covers and personal vlogs; what keeps fans coming back is Forde himself. His passion for music, and his enthusiasm for and vulnerability with his audience has created an intimate relationship between creator and viewer. By rooting for Forde to succeed, followers invest themselves in the classical music world. This, Forde believes, is what will save the flailing genre.

But where does it all lead? After all, classical musicians perform -- many social media personalities seek brand support, movie deals, influencer appearance fees, none of which fit the image of a violist dressed in formal wear, playing Chopin.

Forde is still formulating his magnum opus. He currently has his sights set on reaching one million YouTube subscribers, and eventually using this social media influence to open a content creation agency that will provide resources for aspiring musicians. “I want to teach musicians lessons not taught in schools,” Forde says. “We would have a studio space where musicians can come in, produce their own college audition tapes, their summer audition tapes, content for social media. We will not only shoot and edit all this content for them, we will also advise them on how to share it. You have an album release coming and need some promo photos and videos for your singles? Come and we’ll do that for you. We would be a one stop shop for musicians, especially classical musicians, on how to market themselves and their music.”

If the problem with classical music is a marketing one, then Forde's strategy could pay off big. For now, he's still putting in the work, practicing, and hoping he can pick up followers along the way.