"We're the most wanted lads in the country." 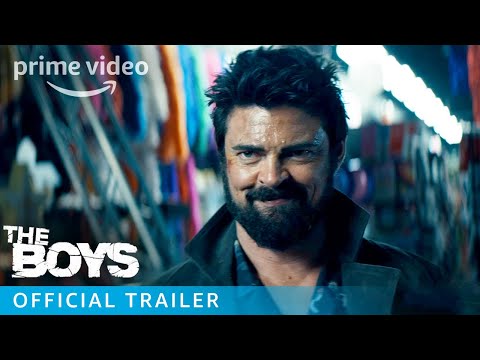 The titular boys of Amazon's The Boys, the swaggering adaptation of Garth Ennis and Darick Robertson's foul-mouthed superhero story, are back. After a first season that saw ex-CIA grunt Billy Butcher (Karl Urban) assemble a team of vigilantes to take on some corrupt, corporate-backed superheroes, the crew looks like they'll be facing even bigger problems, including a formidable new foe named Stormfront, a lightning-bolt-tossing hero played by Aya Cash of You're the Worst. Plenty of punching, shooting, and whale-mutilating ensues.

This is hardly the first look we've gotten at The Boys second season -- Amazon released a teaser in July and a couple other clips have surfaced online, including a full look at the gruesome whale vs. boat encounter that ends this trailer -- but the latest trailer does the most succinct job of mapping out what the team's big plan will be. "We'll take down Vought," explains Butcher. "And I get my wife back."

With blockbuster superhero movies probably not coming back to theaters anytime soon, and the splashy premieres of Marvel's Disney+ shows still a long way off, now might be the time to give these scrappy comic book underdogs a chance. The first three episodes of the show's second season will debut on Amazon on September 4 and new episodes will arrive every Friday until the season wraps up on October 9.