It wasn't until I'd been sitting on my couch for 4 straight hours on a Tuesday night, my eyes glued to my TV with the sweat from a tub of half-melted ice cream slowly seeping into my ottoman, that I realized I was in love with a 25-year-old post-Jersey Shore guido bartender and self-described young Robert DeNiro lookalike named Joey Sasso. Okay, not in love -- I'm more chill than that -- but I would be a little mad if this man who is, for all intents and purposes, the polar opposite of me didn't win several thousand dollars playing a Netflix social media game show.

Social media has always sort of been a popularity competition, but in the past 10 years the scrounging for likes and melting down over follower counts has reached a critical nexus, for better or worse (definitely worse). It's a concept that Netflix has jockeyed into a new reality competition show called The Circle, based on a British predecessor, that's been dropping batches of four episodes weekly since January 1. A few months ago, Instagram started rolling out a feature that hid "Like" counts from posts so that only the person who owned the posts could see them, if they chose to, after research came out that like counts on social platforms were directly impacting the mental health of the teens (and twentysomethings!) who used them. That kind of anxiety is not unfounded: gathering followers and heavily curating an Instagram or Twitter profile could net someone lucrative influencer deals with brands that want to sell their product using their face. In a show like The Circle, it could win you $100,000. 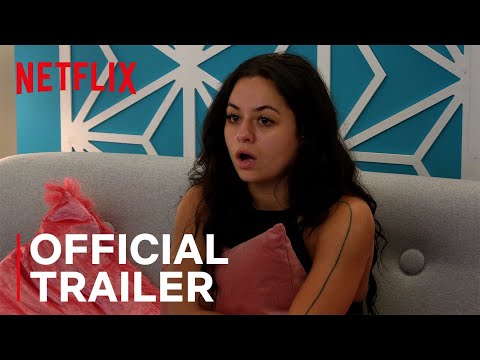 The concept of the show itself sounds like an episode of Black Mirror: eight contestants are isolated in made-for-Instagram hotel suites bursting with primary colors and fiddle-leaf figs with no ability to contact the outside world. They can only communicate with each other through a voice-activated social media app called "The Circle," which forces them to compete (by themselves) in cake-icing and painting competitions, and allows them to send strategically flirty DMs in order to build alliances and keep themselves in the game.

Some players play as themselves, some play as heightened versions of themselves, and some play as completely different people, catfishing everyone else into believing that a dude is actually a pretty girl, or that a plus-size woman is actually supermodel-thin. Once a day, the players rank each other, and the two highest ranked -- appropriately named "Influencers" -- must choose which of the unpopular players to send home, opening up their spot for a new opponent. The rankings are nerve-racking, and as the show progresses and the contestants get friendlier with each other, the inevitable dread of sending someone home becomes more and more crushing -- not just for you watching, but for the players themselves.

It's a fascinating experiment in social isolation. On paper, you'd think a game like The Circle would end up being an endlessly catty battle for supremacy between a bunch of self-aggrandizing insane people, based on practically every other reality TV show we've seen. But whether it's because of Netflix's strategic casting (most of the contestants are actually kind of normal?) or that the game takes place entirely inside a bubble away from news headlines or celebrity retweets or brand endorsements, it soon becomes clear that all these players have is each other. They're not here to win. They're here to make friends.

Until, that is, they remember that they really are here to win, and that's what makes it all so compelling. Competing in The Circle, like the wider world of social media, requires some degree of playing in your own self-interest, a notion that the players constantly battle against, torn between keeping their friends close or weeding out their competition. The app is voice-activated, which means most of the show is just watching people sit on their couches or in hot tubs enunciating slowly and loudly at their television screen in order to make friends and influence people. Conversations straddle the line between stilted relatability and strategic brand management. No one is ever laughing out loud when they tell Circle to type "LOL," of course, and players are constantly talking to themselves about what their next move to get whom to buy into what is in between chats.

It's funny to see people get offended at other people for catfishing or lying or stirring the pot, a.k.a. doing exactly what they're supposed to do. Players who come in later, who have no relationship with the people we've been following for multiple episodes and whose objective is to play to win, become de facto villains, messing everything up for the kids who are just trying to have a nice time with their new best friends.

One of the most popular players in the game is Shubham, who was immediately nicknamed Shooby among Circle members, a nerdy little dude who hates social media and brought his UCLA graduation stole to hang on his bedroom wall. Instead of catfishing to make himself more popular, he plays as himself as earnestly as imaginable, and no one can resist him. One of the best is the aforementioned Joey, whose GTL vibes and mama's boy demeanor are charming rather than abrasive, perhaps because all the other players can see of him are a couple photos he chose to display and a short bio, and sometimes the Circle equivalent of a Facebook post. Mostly, everyone's trying to suss out the "fake" -- that is, the person who is lying to everyone else by hiding behind a cute profile pic and pretending to be someone they're not. Alana, one of the objectively most attractive players, got voted out after the first round because no one could succeed in building a connection with her, whereas one of the longest-lasting players, Seaburn, is a catfish who disguises himself as his hot girlfriend Rebecca but otherwise speaks to the other players in his own voice.

Are we better or worse versions of ourselves online? In The Circle, it's a conscious choice. One of the best parts of the show is when people are voted out -- or "blocked" -- they're allowed to visit one player in person, either to confront a player who blocked them or go visit someone they had become friends with to dish about everyone else. It's the strangest, most modern form of interaction: meeting someone in the flesh you previously only knew through their status updates, their boomerangs, their face-with-tears-of-joy emojis, their profile picture taken with the Kylie Jenner filter on. What's been most fun about watching this show is seeing, in real time, the players decide for themselves what it takes to charm strangers and get the furthest in The Circle, and it turns out it's a combination of playful flirts, personal confessions, secret supportive DMs, and sticking with your buddies. You know, being nice.