Every year writer Aline Brosh McKenna has a familiar experience: She sees a magazine headline quoting her work. The piece of dialogue that's referenced? The immortal words of Miranda Priestly, and of course, McKenna: "Florals? For Spring? Groundbreaking."

Of all of the Runway editor's cutting bon mots from The Devil Wears Prada, that's the one that has stuck with us the most, and it landed as number two on Thrillist's list of The 100 Greatest Movie Quotes of the 21st Century. As the Thrillist Entertainment team discovered when creating this list, defining exactly why a quote becomes memorable can be difficult. Why did "florals" end up here rather than another one of Miranda's quips, like "by all means move at a glacial pace," or Emily Blunt's assistant character claiming she's "one stomach flu away from [her] goal weight?" Perhaps -- outside of the fact that it's both mean and funny -- it's because it taps into something essential about consumerism and fashion.

"Doing flowered stuff in the spring is a cliché, and I do think that's one of the reasons that that line resonates," McKenna says. "It's almost like having a sports line in a movie for men. It's in a secret code that women understand, which is: Every year in the fall they try to sell you plaid, and in the spring they are trying to sell you floral prints, and you've probably got 10 of those in your closet, and they are trying to give you a compelling reason to sell you shit you already have." 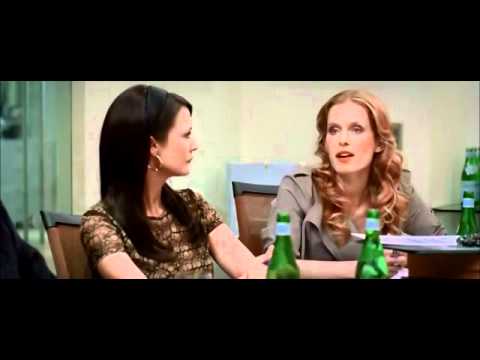 "Florals? For Spring?" comes in a what McKenna calls a downbeat in the film. The scene really just exists to explain that Emily (Emily Blunt), Miranda's cutting underling, has come down with a nasty cold, which will affect her ability to go to the big Met Gala equivalent that night. Before that, however, Miranda has to shoot down a bunch of pitches from her various employees. She asks for ideas on accessories. One editor (Rebecca Mader) throws out the idea of "enamel," which she quickly dismisses. Then she suggests, "They're showing a lot of florals right now." Miranda stops her in icy fashion. "Florals? For Spring? Groundbreaking." (In the script there were periods between "florals" and "for spring." Streep's cadence seems to phrase it as a question.)

Throughout the filming process, McKenna was continually revising her script, adding in moments and scenes that were not in the original drafts. The pitch meeting was a last-minute add, she recalls. By the time the scene was shot in the fall of 2005, McKenna had been writing with Streep in mind for months.

"In the very first meeting that I had with Meryl, one of the lines she told me she really liked was, 'By all means move at glacial pace, you know it thrills me,'" McKenna explains. "I remembered that she liked that very dry [material]. I definitely had her voice and her sensibility in my head when I was writing that stuff." McKenna considers "florals" a spiritual sibling of "glacial pace." "It just punches you in the face ever so lightly," she adds, "slowly ruining your self-esteem."

After Devil Wears Prada, McKenna would write the likes of 27 Dresses and Morning Glory, and co-create Crazy Ex-Girlfriend alongside Rachel Bloom. But the fashion industry workplace comedy -- it's not really a rom-com -- was both her first hit and the first time she felt her writing was given a chance to shine. "It was the first job that I had where I felt that the writing was really valued and really protected, especially by [director] David [Frankel]," she recalls. She was constantly sending in alternate options for lines and reviewing scenes the night before they were to be performed.

But for all of The Devil Wears Prada's virtues -- and there are a lot of them -- Miranda's chilling way of taking someone down is what lingers the most. That's, of course, thanks in part to Streep's performance, but it's also McKenna's hand. "I would love to just write Miranda walking around all day and, like, ordering coffee and talking to people," McKenna says. "It's just so fun to write somebody who -- as we say now, although we did not say then -- gives zero fucks. She is the original gives zero fucks person."