Everything We Know About 'The Expanse' Season 6

Where will the Roci go next?

We have followed the Rocinante's unlikely family go on adventure after adventure in the ever-expanding solar system and beyond, and after the major drama of The Expanse's newly released fifth season, everyone is wondering the same thing: where are Holden and Naomi and Bobbie and their buds going next??? Will they finally find out how that ancient alien species made the protomolecule? Will the people of Earth, Mars, and the Belt finally colonize a new planet? Will Chrisjen Avasarala finally become queen of the whole universe, as she deserves? Surely all of these questions will be answered in the next season, but will the show be coming back for another round? And, if so, what will it be about? 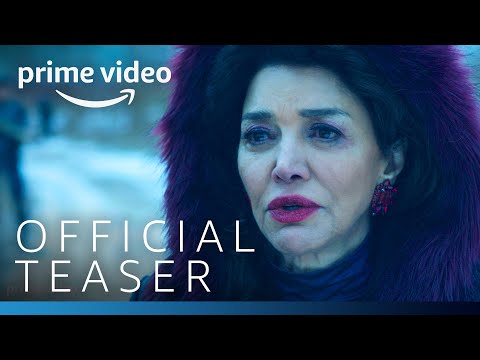 Has The Expanse been renewed for Season 6?

Yes! Amazon Prime renewed the show for a sixth season ahead of the premiere of Season 5.

When will Season 6 premiere?

Amazon announced with a very exciting teaser for the new season (see above) that Season 6 of The Expanse will premiere on December 10.

Will it be the final season?

So far, that seems to be the case. In Amazon's renewal announcement, the company made clear that Season 6 would be the final season as far as they're concerned. The co-head of television at Amazon Studios, Vernon Sanders, even said that Season 6 would give the longtime fans of the show "the satisfying conclusion to the series that they deserve." HMMMM. However, showrunner Naren Shankar told Entertainment Weekly that there's always a chance for the show to keep going: "What I will say is that there's definitely more to tell and I'm sure Ty and Daniel [Ty Franck and Daniel Abraham, who jointly write the novel series under the pen name James S. A. Corey] would say exactly the same thing. But yeah, that's probably about as much as I can say at this point." That's not a no!

The show has escaped death once before, when Amazon Prime rescued it after it was canceled after three seasons by its original home network Syfy. In another chat with EW, Dominique Tipper, who plays Naomi Nagata, hinted that there's always a chance it could go on. “Look, this is the end of the TV show on Amazon,” she said. “So, we'll just have to see what happens.”

The main novel series consists of eight books, with a ninth planned for release in 2021 that will complete the series. The most recent Season 5 is based on the fifth book, Nemesis Games, while Season 6 will likely focus on the sixth, dramatically titled Babylon's Ashes.

What will it be about?

If you don't want spoilers for the events of Season 5, we suggest you skip this part, but most of Babylon's Ashes focuses on the conflict between the newly created Free Navy, made up of a fleet of rogue Belter ships, and the coalition that shakily exists between Earth, Mars, and the Asteroid Belt. When the Free Navy turns its attention to decimating the colony ships headed to the Ring worlds, who but the ragtag crew of the Rocinante can save them?

Everyone in the main cast from the previous seasons is set to return—including Steven Strait as James Holden, Tipper, Wes Chatham as Amos Burton, Shohreh Aghdashloo as Chrisjen Avasarala, and Frankie Adams as Bobbie Draper. Not returning is Cas Anvar, who played Martian pilot Alex Kamal for the first five seasons, and who disappointingly was the subject of a number of sexual misconduct claims that were investigated over summer 2020. His role will not have to be recast, however, since (SPOILER ALERT) Alex was very abruptly killed off in the Season 5 finale.

Who else will be involved?

Naren Shankar, the showrunner since the beginning, will also be back.