It's not what you think.

This post features spoilers for the ending of The Half of It.

"This is not a love story," the heroine of The Half of It says at the outset of the movie. It's one of those things teens tend to say, but it's hard to believe, especially given that the movie is streaming on Netflix, which has become known in recent years as a teen rom-com factory where saccharine romance reigns. But Alice Wu's The Half of It is truly not a love story, which makes it all the better. By the end of the film, no one has "gotten the girl" and there's no coupling up. Each of the three main characters goes their separate ways. It's not an upsetting conclusion, but it doesn't spoon feed its audience a classic happy ending, opting for something more honest along the way.

In The Half of It, Leah Lewis plays Ellie Chu, the only person of Chinese descent in a tiny town called Squahamish. Ellie helps her single father run the local train station, and, for cash on the side, she ghostwrites her fellow high schoolers' papers for a fee. (Her teacher is well aware this is going on, but turns a blind eye.) One day, Ellie is followed home by the dopey sweet guy Paul Munsky (Daniel Diemer) who wants to employ her for a different kind of writing assignment. He wants her to write a love letter to Aster Flores (Alexxis Lemire), the prettiest girl in school and daughter of the town pastor.

Ellie, who is not out, secretly has a crush on Aster too, and turns Paul down. But when her family's financial need becomes too great, she has no choice but to help him. Ellie woos the equally intellectually curious Aster with Wim Wenders quotes and musings on art; Paul is the clueless face projecting those affections. You think you know how this story goes if you've seen any of the romantic comedy adaptations of Cyrano de Bergerac, like Steve Martin's Roxanne, or even Netflix's Sierra Burgess Is a Loser, another high school-set version of that tale. In those, the love interest ultimately finds out the person he or she had been really speaking to all that time, and they ride off into the proverbial sunset. But Wu's film bucks that trend, ultimately landing in a place more thematically similar to Edmond Rostand's bittersweet original ending. 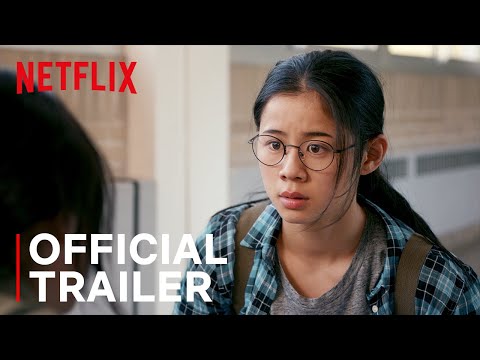 As the movie goes on, it becomes clear that Wu is not all that interested in who "gets" Aster. Instead, Ellie and Paul's friendship flourishes. Ellie, the victim of the casual racism of her classmates, had shut herself off from the rest of Squahamish, but Paul becomes the one person she lets into her quiet life with her detached father, who still grieves the death of her mother. In the Chus, Paul also finds comfort. His culinary inventions, like delicious-looking taco sausages, are embraced by Ellie and her dad.

But eventually Paul, being something of a dolt, misinterprets their relationship, thinking that any girl he's this at home around must be a romantic target. He tries to kiss her, and she recoils. He's perplexed, but he gets his explanation when Aster catches them, and Ellie starts to protest. Paul's slow realization that Ellie likes Aster plays like horror across his face. "It's a sin," he says, barely catching his breath. "You're going to hell." The moment is quiet but plays like a gut punch for both Ellie and the audience. Both parties had come to trust Paul and are unequipped for the betrayal, but Wu had been laying seeds of it all along.

The Half of It does not at first seem like it's all that explicitly about homophobic religious conservatism, but the politics of the town are baked into the visual iconography of Wu's film and her screenplay. In the opening moments, Ellie bikes past a man in a priest collar, preaching against immorality. Aster's status is not simply because of her intelligence and good looks, but because of the role her dad plays as the spiritual leader of the community that is devoted to the church. When Aster and Ellie bond on a day trip to some nearby hot springs, they talk about God and Aster's faith. "I don't believe in God," Ellie admits. "That must be so nice," Aster responds. "No," Ellie counters, "it's not. It's lonely." That loneliness is a result of the unspoken fact that knows what kind of condemnation she'd face if she were to come out. Ellie gets no moment when she reveals her love to the entirety of Squahamish. After Ellie does finally come clean and admit that she was the one writing Aster letters during an especially dramatic church service, she's not met with acceptance. Aster is hurt by the lie; everyone else remains in the dark about Ellie's true feelings.

But even with the painful beats sprinkled throughout the last half hour of the film, Wu lets her characters end up in a place that's neither unrealistically perfect nor grimly despondent. Paul has realized the bigotry of his reflexive reaction, and is back to being Ellie's most devoted friend. Aster is applying to art school. Ellie has decided to attend Grinnell.

Ellie and Aster encounter each other one more time on a practically deserted street. This time it's Ellie who is the more confident party, taunting Aster when she claims in a couple of years she's going to be "so sure" about who she is. Just as she's about to pull away, Ellie goes for one final gesture. She plants a kiss on Aster. "I'll see you in a couple of years," she says as a send off.

It's a line that implies that there's maybe a future for these characters, if not any immediate one. The scene is also a cunning bit of role reversal. Aster is still mired in that uncertainty, but the opposite is true of Ellie, who is bolder than the girl we initially met. She's also a little more sentimental, a little more willing to believe that maybe true love will come her way eventually. It's there in the final shot where Paul runs after her train as she leaves town, recreating a movie trope she previously poo-pooed in his presence. He pants after her with a goofy smile plastered on his face, and her laughs morph into tears. It's not a love story. But it is love.