If your home is invaded by a troupe of dancing beetle larvae, you should maybe just move out.

Stop-motion animation, by nature, is always a little unsettling. It lacks the comforting fluidity of 2-D or computer-generated animation but gives the illusion of motion to completely stationary objects that nonetheless exist in the real world. That's not to say that stop-motion can't be cozy and delightful—it often is, especially in the cases of Wes Anderson's Fantastic Mr. Fox or Aardman Animation's Wallace and Gromit series. But the style really shines when it embraces its built-in sense of oddness: think Coraline, ParaNorman, and Tim Burton's Corpse Bride. Netflix's The House, an anthology of three shorts produced by London's Nexus Studios, capitalizes on stop-motion's sinister, uncanny aura, using one setting to tell three distinct stories of fear, friendship, and tap-dancing insects.

In The House's first story, a peasant family moves into a mansion built by the wealthy man who manages their land. At first a dream come true, the house soon proves more than they bargained for. It appears to be affecting the minds of the two parents, one of whom falls asleep at her sewing machine, while the other is beset by laughing fits when he looks out the windows. By the end, the residents of the house must either escape or be assimilated into the walls and furniture forever. 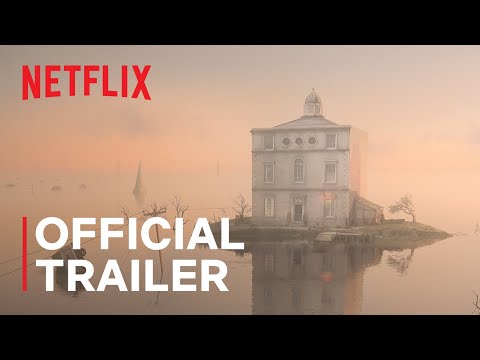 In the second story, the house now resides on a city street, and a rat contractor is in the process of flipping it for potential buyers. But he has a persistent bug infestation that mirrors the invasion by two squatters who practically move in on the first day the house is shown, threatening to eat the contractor out of house and home. Finally, in the third story, the house is populated by a group of cat renters and overseen by a cat landlord whose dream is to restore the house to its former glory, never mind the apocalyptic floodwaters that have turned the surrounding area into an endless ocean and lap increasingly close to the front steps.

For fans of stop-motion and creepy stories alike, The House, with a voice cast that includes Helena Bonham Carter, Matthew Goode, and Pulp frontman Jarvis Cocker (who also played a minor character in Fantastic Mr. Fox), is a rare treat, spinning its odd tales with the help of an unusually versatile animation style. Each story is a joy to look at: The humans in the first part gaze at their world through beady little eyes in the middle of round potato faces; the rat contractor scurries around the corridors dressed in a tiny tool belt and swinging his tail; and the mobile strands of fur and twitchy ears give the cats amazing micro-expressions that you don't often see in any type of animation at all. The House is worth checking out, with enough creepy whimsy to take the edge off any cravings for series like Love, Death + Robots, and Over the Garden Wall.