'The Mummy' Is the Only Perfect Movie

There are a lot of movies out there that everyone seems to agree are pretty good. Citizen Kane's pretty good. The Godfather is pretty good. Casablanca, that's another good one. But in the history of cinema all over the world, there's only one movie out there that is perfect, and it's Stephen Sommers' 1999 action-adventure Brendan Fraser vehicle The Mummy, which happens to have just turned 20 years old.

You're wild for this one, Emma, you might say. Yes, that's true. But first, let me explain.

The Mummy has everything

Very few movies have what The Mummy has. If you are in the mood for a movie that has action, romance, horror, weird CGI sand, bugs that burrow under your skin and eat you from the inside out, a cat, ancient Egyptian "history," this is the movie for you. It's really a movie for everyone. Maybe not mummies.

The 1999 Mummy marked the beginning of the end of the "action-adventure" era of blockbuster movies, which gave us other great stuff like Indiana Jones, Star Wars, the Pierce Brosnan era of James Bond, Ocean's Eleven, Pirates of the Caribbean: The Curse of the Black Pearl. There was a distinct shift in the early-to-mid-2000s, starting with X-Men and Spider-Man, that the major studios got really into comic book movies that make tons of money and are easy enough to build franchises around, and now Marvel and DC have pretty much taken over where "action-adventure" left off.

Straight-up action movies now are tonally more serious, and the flashier, more fun movies have gigantic budgets and usually a couple of superheroes or dinosaurs or X-wings. It makes low-budget, sharply-directed action movies like John Wick really stand out. The Mummy belongs to a more carefree era, where blockbusters were made for a fraction of today's price and not everything had to set up a franchise. (Yes, The Mummy spawned two sequels and a spinoff franchise in The Scorpion King, but it did that without any post-credits scenes or cliffhanger endings.)

There's a reason everyone of a certain generation grew up desperately attracted to "bad boys" with middle parts. I've got two words for you: Rick O'Connell. In The Mummy, Rick O'Connell, played by Brendan Fraser, is a treasure hunter who agrees to take Evelyn Carnahan, a librarian and Egyptologist, and her brother to Hamunaptra, the ancient Egyptian city of the dead, where tons of inscriptions and treasure are probably buried. Rick is Brendan Fraser at his most swashbuckling: he wears the traditional early-1900s adventurer uniform the whole time, which is basically a shirt that won't be buttoned all the way up, some tight pants, and a leather shoulder holster. Occasionally a scarf.

Evelyn, on the other hand, is played by Rachel Weisz, who has always been stunning, and who is particularly so in this movie. Evie and Rick's chemistry is unbearable; from their very first meeting, you want desperately for them to kiss, and then they DO kiss, and you spend the whole movie wanting them to kiss AGAIN. And then there's the scene by the fire where they ALMOST kiss, and you're sitting there on the edge of your couch clutching a pillow without realizing what you're doing, and you've forgotten about the bowl of ice cream you made for yourself which is melting on the table because the movie is TOO GOOD.

And then there's horseback-riding Medjai warrior Ardeth Bay (Oded Fehr), who was supposed to be tattooed all over before Stephen Sommers saw what he looked like and said, no, hiding that incredible face would be a DAMN CRIME. 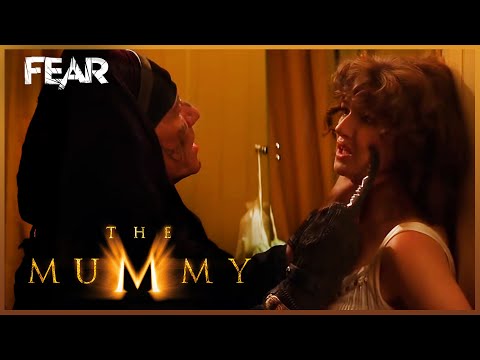 In the movie's second big sequence, in which Rick and his fellow French Foreign Legion officers are trying to protect the ruined city of Hamunaptra from Tuareg soldiers charging at them on horseback, the spirit of the dead is awakened, and a huge face (!!!) arises from the sand and gapes (????) its giant mouth (!?!????!???) open. Nothing actually comes of that, which is insane, but the point is: For a movie made in 1999 and without the crazy-talented VFX departments blockbusters of today have on speed-dial, the special effects -- which involve either sand or bugs -- still look really good to this day. You, too, will believe that an ancient undead priest can turn himself into a whirlwind and attack an airplane with mummy magic.

And that's saying nothing about all the fight choreography, which is also great! The best is obviously the scene on the boat, where the rival crews searching for the lost city are attacked by the Medjai looking for Evie's map, and she yanks Rick back from being blown apart by a bunch of gunshots while he's busy reloading. There's never a moment when a fight isn't exciting AND kind of funny at the same time, without turning the movie into a dumb spoof comedy.

There are plenty of nods to the original

Much of the criticism for the recent Tom Cruise Mummy movie (aside from the fact that everything about it was pretty bad) was that it didn't focus enough on the actual mummy, instead thinking that we cared more about following Cruise's character trying to escape from its clutches. The 1999 Mummy, which is perfect, actually hews closer to the original 1932 Boris Karloff Mummy, in which an undead Egyptian priest is hell-bent on resurrecting his lost forbidden lover, the Princess Ankh-es-en-amon. The 1999 Mummy is more or less an exact remake of the original, with a few more fight scenes and Brendan Fraser thrown in. The mummy is still named Imhotep, and he finds Evie and tries to use her to resurrect his former lover, Princess Anck-su-namun. Oded Fehr's character is even named Ardeth Bay, which is the same name the 1932 mummy uses when he's in disguise as a regular person. 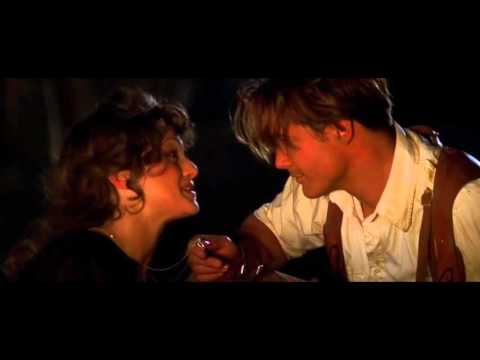 Evie isn't the type to pick up a gun and start shooting, or a sword and start slashing (she does become a badass in the second movie, but we're not talking about that one). As she says in one of the movie's best scenes, she is a librarian, and she's proud of that. It might not look like a particularly exciting life to be shut up in dusty buildings all day squinting at scrolls of semi-illegible text, but that's what Evie loves, and, when they finally try un-resurrecting Imhotep for good, it's her translating skills that come in handy over and over. Evie is brilliant and funny and loves adventure, and content to leave the punching and kicking to the musclebound bros in her life, stepping in to save everyone's ass at the most crucial moments. At the end of the movie, she's never treated as Rick's reward for doing a good job -- if anything, he's hers. If that's not the pinnacle of cinema, then I don't know what is.

If you're reading this right now, you're probably at home, or will soon be home at some point. Once you get there, go ahead and sit down on your couch, speak the ancient incantation from the Book of the Dead -- "Alexa, open Netflix" -- and please enjoy the best movie ever made.