The Naked Director,Netflix’s raunchy drama about one of the most innovative Japanese porn directors of all time, returned for its second season, finding Toru Muranishi (Takayuki Yamada), Kaoru Kuroki (Misato Morita), and the entire Sapphire Pictures team at the top of their game. No longer having to worry about their ruthless Season 1 competitor Poseidon, they have reached a new level of wealth and celebrity, and now the team has set its sights on the future. Muranishi eyes innovation while his partner Kawada (Tetsuji Tamayama) wants to focus on Sapphire’s proven formula, and this war of ideals sets the events of The Naked Director Season 2 into motion.

After trudging through an unexpectedly slow and uneventful stretch—aside from the shaky backstory about the origin of the “facial”—at the start of the season, The Naked Director finally catches its stride in the final moments of the second episode when Kawada publicly confronts Muranishi about their diverging ideologies. Following a stunning presentation of Sapphire Visual’s newfound opulence and an abundance of gratuitous sex scenes, that intense scene at the end of “More, More, More” remains one of the most memorable moments from the beginning of the season, and it also sets a precedent that remains true throughout the rest of the six episodes. The show is at its best when the rampant nudity takes a backseat and the full focus is on the characters.

Whether or not the overindulgent sex scenes in The Naked Director Season 2 are actually meant to mirror Muranishi’s unbearable intemperance, they do, and that results in the show often feeling flat. On the other hand, with full-frontal nudity being so desensitized in Netflix’s semibiograhical drama, this season’s tragic storylines feel all the more compelling. From Toshi’s (Shinnosuke Mitsushima) strained relationship with Furuya (Jun Kunimura) and the Yakuza to Kuroki’s struggle with her identity, pretty much everything is spiraling out of control. 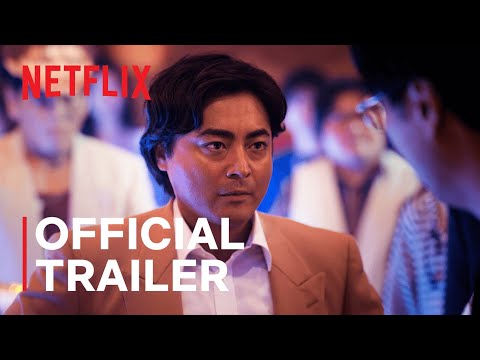 Muanishi’s downfall is loaded with contradicting themes. On one hand, viewers see Muranishi defy all odds and secure his own pornographic satellite station, and when his back is against the ropes, the controversial director finds yet another way to save his struggling empire. Yet, Season 2 of The Naked Director also embraces the what if? factor that stops hundreds of thousands of people from reaching their dreams, so when ill-timed events outside of his control essentially nullify his ingenious efforts, Muranishi ultimately succumbs to his own hubris.

The desire to innovate while one’s contemporaries are stuck in the moment is admirable, and by the time the season end credits roll, that’s one of the only few positive traits that Muranishi has left.

Ironically, the second season of Netflix’s The Naked Director is in a similar position. Regardless of whether Toru Muranishi’s story is finished, the show no longer has the flair and focus that it had in its first season. The novelty and shock value of the comedic drama has faded away, despite the show’s poignant storylines, and many of the show’s best characters have either died or moved on from the world of porn when it’s all said and done. With the final scene of “The Will of Stone” showing viewers that Muranishi is still the same Muranishi that they were introduced to at the start of the season, now seems like the best time for The Naked Director to call the scene and say “That’s a wrap.”