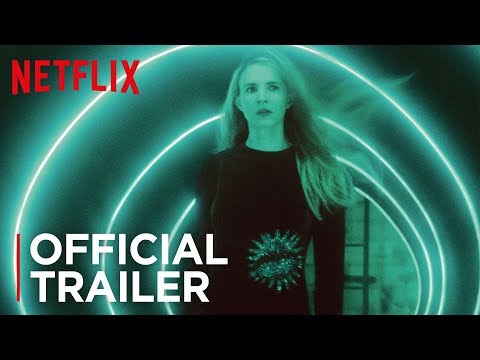 When The OA first dropped on Netflix in December 2016, it was a surprise, giving viewers one of the most bizarre originals ever to debut on the platform. The initial question it posed had enough intrigue: How did this once-blind woman, Prairie (Brit Marling, who also co-writes the show), return to her hometown after having vanished? But then it added a tragic, Anastasia-esque backstory, before spending most of its time with a mad scientist named Hap (Jason Isaacs) doing experiments and imprisoning a group of people who had seemingly returned from the dead. And if that wasn't enough tantalizing mystery for you, these "patients" figure out they can escape their circumstances by using a series of movements that seem cribbed from world of modern dance. It all concludes when Prairie uses those movements to help stop a school shooting.

So if that kind of lunacy entertains you -- and it should -- get ready for part two, in which Prairie apparently enters another dimension where Barack Obama never became president. Given The OA's penchant for going directions we couldn't even begin to predict, we're not going to try to untangle everything that this first trailer portends. The good news: The characters are still doing the movements! Bring on more movements.

While Hap is spewing platitudes about "god-like" potential, there's another mystery unfolding involving a missing teen and a creepy house called Nob Hill. The image of said girl, Michelle Vu, triggers some of Prairie's memories, and as she tries to determine how all the paths of her life are interconnected, she starts working with an investigator played by  Kingsley Ben-Adir. It all looks visually beautiful and thrillingly bonkers, and premieres March 22 on Netflix.