'The Other Two' Is the Best New Comedy on TV

Comedy Central's 'The Other Two,' starring Molly Shannon, Heléne Yorke, and Drew Tarver, has proven itself one of the smartest and funniest shows on TV.

There's a scene in the penultimate episode of The Other Two, the Comedy Central series that finished up its first season on March 28, that I keep revisiting over and over again. Sometimes while watching it, I burst into almost uncontrollable laughter; other times I find myself overcome with tears. It's a scene that encapsulates why this show about two 30-somethings with a rising Bieber-esque pop-phenom little brother is TV comedy at its absolute best.

First, a little background on this masterpiece-in-the-making: The series, from former Saturday Night Live head writers Chris Kelly and Sarah Schneider, follows Brooke and Cary Dubek (Heléne Yorke and Drew Tarver), struggling siblings living in New York City. Brooke loses her real estate job because she was squatting in empty apartments. Cary's an aspiring actor still waiting tables. Their love lives aren't much better: He pines after his straight roommate, while she just broke up with her long-time wannabe shoe-designer boyfriend.

But it's a different story entirely when it comes to their brother, ChaseDreams (Case Walker), whose song "Marry You at Recess" goes viral and puts him on the fast track to pop stardom. This results in getting an eager-to-please manager named Streeter (Ken Marino) and moving with his mom, Pat (Molly Shannon), into Justin Theroux's empty loft, which has -- at least in The Other Two universe -- a motorcycle toilet. 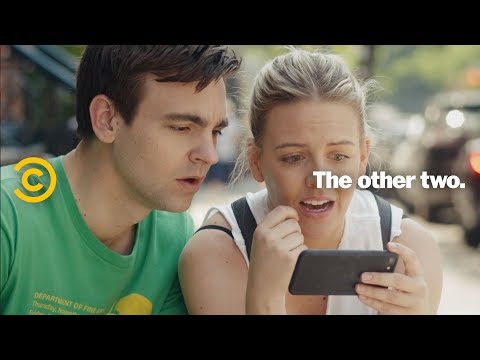 The jokes in The Other Two are the sort of hyper-pop-culture-literate material that recalls 30 Rock with a distinctly queer bent. References range from Andy Cohen's Bravoverse, to the Broadway musical Fun Home, to Call Me By Your Name. Schneider and Kelly find an inherent ridiculousness in the kind of adolescent stardom Chase is enduring, but never make fun of Chase himself. Similarly, Pat is daffy and ambitious, but not some evil caricature of a stage mom. In fact, there's an undercurrent of sadness that courses through every episode, a feeling that crystalizes in the aforementioned scene from "Chase Drops His First Album," the debut season's ninth episode.

The entire Dubek family boards a plane to celebrate the release of Chase's first album (three songs, nine remixes) with an entourage of his screaming fans. The whole event will be live-streamed; Streeter has brought along a comfort pig. One missing piece that's been threaded throughout the entire season is Cary, Brooke, and Pat's father. He's dead, that's for sure, and it's not from cancer, even though that's what Chase has been told. With the festivities fully underway and the plane 30,000 feet in the air, Chase reveals that he's donating proceeds from his album and tour to the American Cancer Society in honor of his dad. The Dubeks start to panic, getting sweatier and sweatier -- quite literally, given that the air conditioning isn't working. Streeter suspects they all have diarrhea. Finally, the sunny, everything's-OK facade Pat has been maintaining breaks.

She unleashes a manic, cathartic tirade that's heartbreaking even as it's grimly hilarious: Her husband didn't die of cancer. He was an alcoholic who froze to death on top of their house because she wouldn't let him drink in front of Chase, and when he died, his dick froze to the roof because he had peed himself. Yes, it's outlandish, but the deft writing manages to find it both laughable and utterly brutal, while Shannon's performance is brilliantly full of pathos. 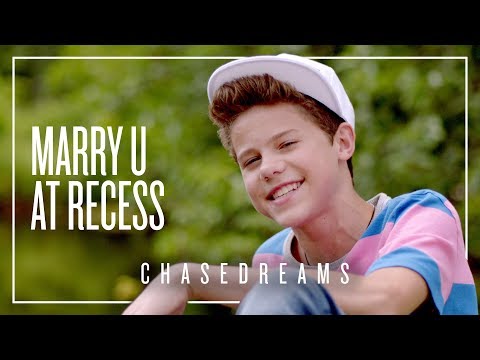 The scene highlights everything the show does so well. It sounds trite considering "dreams" is the name of one of the characters, but The Other Two's melancholic moments wrestle with what achievement actually means, and they challenge the idea that success can somehow make sadness and loss disappear. Brooke has no idea what she wants, but, through Chase's ascent, discovers something resembling a passion; Cary has always worked toward a goal, but has to come to terms with the idea that it might not happen. Pat spent her life caring for a man with a disease; in Chase's success she has an outlet for joy.

As for Chase, well no one really asks him what he wants. In the finale, Chase performs on the VMAs and totally blows it. No one has actually heard him sing live before and it's, well, not good. As his older relatives (and Streeter) are drowning their sorrows, Chase wanders off and finds himself in conversation with SNL's Michael Che, who puts a crazy idea in his head: He should go to college. (The fact that he is immediately accepted to NYU is even funnier in light of Operation: Varsity Blues.) But this new path is terrible news for his siblings. As much as they don't seem like stereotypical hangers-on, they're relying on Chase not actually articulating what he wants. Pat, on the other hand, is fine. She has her own talk show.

For all its melancholy, though, The Other Two isn't yet another mopey tragicomedy. You keep watching because of jokes about a high school production of Grease set on Mars and Meryl Streep being on Watch What Happens Live with Lisa Vanderpump's dog. Chase's songs -- including the one about Cary, "My Brother's Gay" -- are ideal dumb pop, and catchy as hell. But every so often the show gnaws a little at your heart, which helps it transcend the rest of the comedy fray.