The director walks through what she was watching, reading, and listening to while working on her new film. 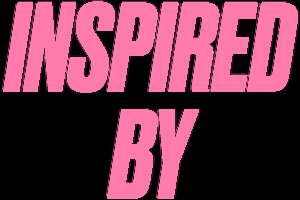 Throughout Joanna Hogg's excellent The Souvenir: Part II, out in theaters October 29, the audience is invited onto the sets of multiple productions. There's a neon-lit musical where gangs in old time clothing battle in dance and an intimate drama in which Hogg's heroine, Julie (Honor Swinton Byrne), tries to recreate the trauma of her own relationship, one which was documented in 2019's The Souvenir. There are many layers and lenses to Hogg's work, which is part-memoir, a coming-of-age story about a young woman finding her artistic voice.

In the first Souvenir, Julie falls into a relationship with the charismatic but terse Anthony (Tom Burke), who questions her artistic choices, whisks her off her feet, and mooches from her at every moment. That film is an unsettling whirlwind where, like Julie, you don't quite realize what's going on until it's too late: Anthony is a junkie who overdoses and dies. The Souvenir: Part II finds Julie trying to make sense of that experience all while finishing up her time at film school.

The Souvenir: Part II is a feat of reflection on Hogg's part. To create this work, she had to dig into her past, revisiting the music and movies she loved, while also attempting to make something entirely unhindered by reference. Here, she walks us through her inspirations.

The Souvenir: Part II delves even deeper into Julie's nascent filmmaking career, following her as she makes her thesis film, which is both a memorial to Anthony and a manifestation of her grief and resilience. So Hogg was drawn to other films about films, among them Federico Fellini's classic 8 ½ and François Truffaut's Day for Night.

"Very much, on the one hand, [I was revisiting] films about films. Day for Night, I had another look at, and 8 ½, which I always look at anyway. I've seen it so many times. Also reading about those films was inspiring, somehow giving me more ideas in a way. I'm not very good at taking ideas from other films. I like enjoying them and appreciating, but I don't necessarily want to create something like another film. I'm trying to be another cinematic pioneer in a way. When I read about something—like I've got a book about the making of 8 ½—I found that very inspiring. Even though Julie's still a student, they all think they are making an important film and it means a lot to them. The politics of filmmaking was really interesting to me."

On screen, Julie's acquaintance—you can't really call him a friend, he's too snide for that—and fellow director Patrick (Richard Ayoade) is working on an over-the-top musical about street gangs. But the genre also influences the grande finale, Julie's feature film that operates almost like a dream ballet. Why the musical motif?

"There was a lot of watching that I did that related to the very stylized moments in the film, like Lady in the Dark by Mitchell Leisen, who was an influence when I was a student, All that Jazz, New York, New York. For example, in New York, New York, the film within a film. And then, I don't know, The Bandwagon. That tradition of ballet within a story...

"At that time [in my life], I was really interested in the musical form. Also in the UK, there were various directors making musicals in that Hollywood tradition. It felt like something very much from the 1980s era of the Hollywood musical and the reinvention of it—All That Jazz and New York, New York were both films of the late '70s, early '80s that hark back to that same tradition. There were all these artists riffing off the Hollywood musical, including myself as a student. And then in my student film, my graduation film, I was very influenced by Singin' in the Rain and all the ones that I mentioned before. It wasn't even something I questioned. I just so naturally became part of the mix-up I was creating from the '80s."

Béla Bartók's opera plays throughout both installments of The Souvenir, a nod to both the legend of Bluebeard, the murderous husband, and the man who served as inspiration for Hogg's films.

"I listened to that so much. I also read a lot around Bluebeard's Castle and Béla Balázs, who was the librettist of the opera, because it was quite personal to him that story or the way he interpreted it. I was fascinated with that and read about fairytales and Bluebeard and the many meanings.

"The relationship that was in on which The Souvenir was loosely based, the man in question, it was one of his favorite pieces of music. So he played it for me and then it was only in conceiving The Souvenir that I started listening to it again and starting to understand what it meant, and maybe what it meant to this person that I knew, and even gave me a deeper understanding of him, actually. That was quite a strange journey with that piece of music, and then it naturally had to become part of the story and then Julie uses it herself in her film. But, apart from the films, it gave me another understanding of this person that I spent so much time with." 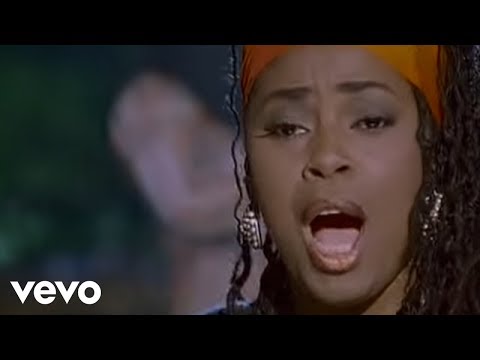 With its selections ranging from Nico to Dexy's Midnight Runners to The Jesus and Mary Chain to Eurythmics, the entire soundtrack for The Souvenir: Part II is fantastic. In preparing for the film, Hogg revisited the songs and artists that shaped her own youth. She ends the film on an absolute banger from Soul II Soul, the sign of a new era.

"Music was incredibly important, and often the choices would have to do with what I remembered from that time, and what music from that time conjures up particular ideas and memories.

"'Back to Life' is one of my favorite tracks. I didn't want it to cut. I wanted it to keep going. And also I was being very particular about tracks being created along with the timeline of the film. So that was from 1990, I believe, and we were ending the story in 1990. So it was very particular of that moment in time and it introduced a different sound. And also it was a track I just loved."