The Who, What, Where, When, Why, and How of 'The Witcher'

What even *is* a witcher, exactly?

Back in 2015, the Game Awards named The Witcher 3: Wild Hunt the Game of the Year. Though it was the third release of the franchise, it served as an excellent introduction to the series for those who had never read the book series by Polish author Andrzej Sapkowski that kicked off in the early '90s or played the two games that came before it. The game may be set in a later timeline of its characters and of its world, but it provides you with all the information you need on everyone's backstory, information about important past events, and about the lands and their inhabitants. There's never any confusion.

The Netflix series, so far, is much more heavily reliant on the books than on what is featured in the games. While the three video games are based on the books, they do take some liberties on order to make such an expansive game world out of the books. And while some scenes in the first game will be familiar, like Geralt saving the cursed daughter of a king, much of it is based on Sapkowski's books, The Last Wish and The Sword of Destiny.

The Witcher drops the viewer into this world without much of anything to guide them. A Twitter user remarked that it felt like being dropped into the middle of a lake without a paddle, and certainly, if you haven't read any of The Witcher books or played any of the video games, it will certainly feel that way. If you don't mind immersing yourself into a new world by spending an hour on Wiki after every episode, then you're bound to love the Continent and its inhabitants. If you'd rather have the cliff notes, then here are some important things to know going in. 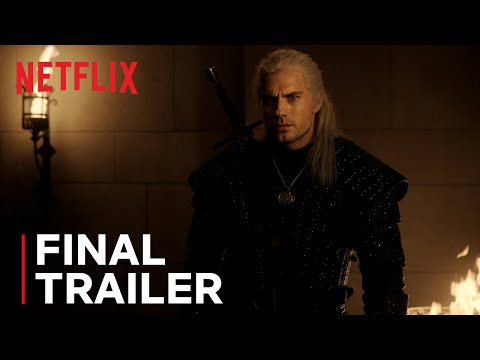 What's the deal with the world of The Witcher?

Here's some quick backstory: The Conjunction of the Spheres, which took place 1,500 years before the events in The Witcher, was a magical cataclysm that trapped frightening and dangerous creatures from other dimensions. While the Conjunction brought about supernatural monsters, it's also when humans staged "The Great Cleansing," slaughtering the elves and stealing their magic, pretending they possessed it all along. Humans in The Witcher are often portrayed as racist towards anyone or anything unlike them. This isn't an issue that's glossed over or only touched on in one episode, however -- the conflict between humans and elves is something that's brought up in nearly every episode. Along with elves, the persecution of the other Elder Races (those who preceded humans) like gnomes and dwarfs are also heavily discussed in the books and video games.

This story takes place on a landmass known simply as the Continent on an alternative Earth. There are many many kingdoms that make up the Continent. One of the most important ones to note is Nilfgaard, the most powerful empire that began in the South. Comparable to Nazi Germany, it has broken up the Continent by war, conquering its kingdoms, and setting the lands on fire. The Continent knows no peace, especially Cintra, the second-most important kingdom introduced in the series. Cintra was once a northern kingdom of power but, in their desire for expansion, is invaded by the Nilfgaardian Empire early on and was once the home of one of the show's main characters, Ciri. The Witcher takes the viewer across the various landscapes and villages of the Continent: dark, mist-filled swamps, towns resembling Europe of the Middle Ages, vast green hills, stunning oceans and beaches, deserts, snow-covered hills, and other beautiful and perilous sets.

What and who is the Witcher?

"Witchers can't be trusted," the people of the Continent say. Witchers are a stigmatized race of mutants across all of The Witcher properties. Created after the Conjunction, witchers start as young boys taken into a witcher training facility and mutated to protect humanity from the monstrosities that lurk in the shadows and feast on the living. There are many witcher schools, with Geralt's being Kaer Morhen, the School of the Wolf, as signified by his wolf medallion.

Appropriately, The Witcher introduces Geralt of Rivia (Henry Cavill) doing what he knows best: killing a monster -- specifically a kikimora, an insectoid creature with a humanoid face. He's known as “The White Wolf,” or more infamously, “The Butcher of Blaviken,” for having killed an ousted princess and her gang after they threatened to hold Blaviken townsfolk hostage in order to trap a mage in Episode 1.

Just as Geralt is, witchers are seen as cold, soulless killers and are rumored to be men with no emotions. But our main man, at least, is incredibly complex, and despite what the people of the Continent believe, he doesn't kill without reason. Witchers are hired killers of monsters, men mutated to give them magical powers and enhanced senses to allow them to slay the strongest of enemies, but when provoked, they sometimes take human life. One of the key questions the series continually poses, however, is: Who are the real monsters here? Despite being a hired protector of humanity, Geralt is met with disgust and disdain, like a vigilante hero. This "White Wolf" has white hair and yellow eyes -- different from the games' cat-like depiction. Geralt looks like a mutant, but he's misunderstood and more human than most. He knows love and shows it, especially to his faithful steed, Roach.

Known as the "Lion Cub of Cintra," played by Freya Allan, Ciri is a princess on the run. Ciri -- whose full name, Cirilla Fiona Elen Riannon, is just as long as the kingdoms she's destined to rule -- is the princess of one of the Continent's northern kingdoms, Cintra. Her parents died before she was 5 and was subsequently raised by her complicated grandmother, Queen Calanthe (Jodhi May), who is hellbent on the slaughter of elves and other enemies and thrives on war and being in the midst of battle. She's a controversial figure, but one who clearly loves Ciri.

Ciri's introduction is violent as we meet her during the Nilfguaardian invasion of Cintra. Her grandmother and her grandmother's husband, King Eist (Björn Hlynur Haraldsson), fight in an epic, losing battle. To avoid being killed, Ciri has no choice but to flee, and her grandmother tells her that finding Geralt is her destiny. Along her journey, much like Geralt, Ciri is treated with distrust and disdain. There's a hatred reflected upon the Cintran royal family by its people because of how they chose to rule through violence.

While Ciri is only mentioned in the first two games in The Witcher series, her first real appearance comes in the third entry. She's in her early 20s in the game, while in this season of the Netflix series she's young, around 11. So Ciri's childhood, before being taken under Geralt's wing, isn't something that's been visually depicted before -- and the anticipation for Older Ciri adventures is high.

Now, this is where the show really gets confusing, especially for someone watching it who doesn't know anything about the source material. Ciri and Geralt are bound by something called the "Law of Surprise." The Law dictates that a man saved by another has to offer his savior something in return. This offering, however, is unknown to both parties so when someone says, "I invoke the Law of Surprise," you don't really know what you're going to get. In most cases, though, it takes the form of the saved party's unborn child. In saving Ciri's father, and invoking the Law, Geralt becomes her protector and thus why Ciri's grandmother, Calanthe, says that Geralt is her destiny.

Yennefer of Vengerberg (Anya Chalotra), is a witch who -- just like Geralt and Ciri -- has been treated with disgust her entire life. She was born with a hunchback deformity; her bullies called her "crooked girl." When we meet her, she is being sold by her father, who seemingly has treated her as an inconvenience all her life, to Tissaia de Vries (MyAnna Buring), an intimidating and stern sorceress in search of girls with magic sensitivities. She trains them and transforms them through enchantment, so they can sit on the council of kings, at an academy called Aretuza. It's wonderful seeing a character like Yennefer, a woman so determined to forge a new destiny for herself. After her "graduation" from Aretuza and physical transformation, she eventually becomes the most powerful and beautiful sorceress on the Continent, now a glamourous, purple-eyed mage without deformity. This transformation she undergoes, though, comes at a price: She sacrifices her womb and cannot bear children.

Just like Ciri, Yennefer doesn't appear as a main character until the third game in The Witcher series. Her depiction here is just like in the books and the game, and that's part of what makes The Witcher on par with its source material: Its characters are written with depth. And while there are many people in this Witcher world, and they don't all possess the same physical characteristics of their video game counterparts (Diversity! We love to see it.), they all feel faithful to the material, with each actor obviously bringing something of themselves to the role. In Chalotra's case, she makes Yennefer even more badass than the character we're used to seeing. While she's still beautiful, dresses in black and white, and wears her signature lilac and gooseberry perfume, she knows how to use a sword. In the game, Yennefer relies on her magic during scrimmages -- I mean, she is the most powerful sorceress after all -- but here, she gets to fight alongside Geralt with a weapon (and does a killer job, too).

Why is this show so obsessed with 'destiny'?

As you've noticed if you've seen any of The Witcher, destiny is a major theme. Sword of Destiny is the title of the second book in Sapkowski's The Witcher series, and the entry where the destiny of Geralt and Ciri meeting is fulfilled. Destiny is a big part of the games as well, with it even gaining its own glossary entry in the first game. It said:

"Many people believe in the existence of Destiny, a mysterious force which binds certain people together, determining their fates. According to believers, one can either follow the path of Destiny of one's free will or try to resist it, although the latter can bring grim consequences. On the other hand, some feel that Destiny is not everything. These people say that something more is needed in order to bind two lives together, even if the rules of fate decide otherwise."

This idea is touched on in the Netflix series to a much greater extent than ever before. "Destiny" is said and brought up in every episode. It's made clear that every character has one and that destiny is a double-edged sword, and no matter if each character believes they can choose their own path, it's already predetermined and they will land where they were meant to. If you're ambitious, turn the number of times "destiny" into a drinking game; you'll be toasted before the hour is up.