Everything We Know About 'The Witcher' Season 2

Toss a coin to your favorite monster hunter because another season is coming to Netflix soon.

Whether you were a gamer, a book reader, or simply a lover of convoluted high fantasy television, chances are you, deeply enjoyed the first season of The Witcher, the streaming service's first big-budget fantasy series. Based on the Polish book series by Andrzej Sapkowski, which inspired three video games of increasing quality, Netflix's The Witcher; starred Henry Cavill as Geralt of Rivia, a traveling monster hunter who spends his days just trying to make a living in a scary, bizarre world. Relatable.

Eight episodes of something like this is simply not enough to slake our thirst for burly armed creature beheadings and intricate magical politics, so it's likely you're searching the four winds for more. Thankfully, Netflix renewed the series before the first even aired—which turned out to be a no-brainer, considering it's one of the streaming service's most-watched series ever. As we await the series' return, we've got you covered with everything you could want to know about Season 2.

Also check out what we've got on The Witcher prequel series, Blood Origin.

When is Season 2 of The Witcher going to be released?

During WitcherCon in July, Netflix confirmed that the second season of The Witcher will be coming December 17!

Netflix started filming Season 2 in London early in 2020, with a planned release in 2021. However, like pretty much every other show and movie out there, production has been delayed because of the coronavirus—one new member of the cast, Kristofer Hivju, actually tested positive. The Witcher had to shut down production back in March 2020, but, luckily, the show's official Twitter account announced (in character as a certain fan favorite bard) that they'd officially start back up again on August 17, 2020. On April 2, 2021 the official Netflix account confirmed that production had officially finished. 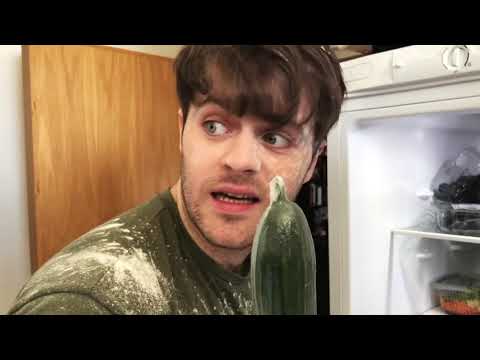 To pass the time in quarantine, all the extremely bored members of the cast and crew had been tagging each other in the "Great Witcher Bake Off," forcing their costars to bake bread or cake and post it online. It all started with the show's casting director Sophie Holland, who posted a brag on her Twitter of her delicious-looking bread and tagged new cast member Paul Bullion, who kicked it up a notch with some cinnamon rolls in response.

Next, Tom Canton, who plays the King of the Elves, tapped himself in with an incredible beef Wellington, Jeremy Crawford responded with a dwarven apple pie and an axe (he plays dwarf warrior Yarpen Zigrin), Adele Oni (Zerrikanian warrior Téa) made chili-chocolate bites with a sword, and it kept going from there. Joey Batey, who plays the bard Jaskier, made a YouTube channel and uploaded an extremely chaotic video wherein he "tries" to bake a cake. You did your best.

Henry Cavill, on the other hand, has been busy making "isolationmeals" and painting Warhammer figurines and building a custom PC gamer rig like a nerd while waiting out his quarantine.

Is there a Season 2 trailer yet?

FINALLY!!! After nearly two years of waiting, we have our first full look at what's in store for the second season, and it's monsters, of course. Lotssss of monsters.

As part of Netflix's "TUDUM" fan event in September, the company released a ton of new Witcher footage, including a Season 2 teaser that throws us right into the middle of the action as Geralt of Rivia has accepted his destiny as Ciri's protector, bringing her to the hallowed halls of Witcher sanctuary Caer Morhen.

There are also a couple of new short clips, one in which Geralt prepares to protect Ciri from a monster in the house, and one introducing a beastly new character named Nivellen, played by Kristofer Hivju.

Who will be in it?

We can expect everyone alive at the end of Season 1 to be back—this includes Henry Cavill; Anya Chalotra, who plays the sorceress Yennefer; and Freya Allan, who plays Ciri. Oh, and Geralt's bard buddy Jaskier (Joey Batey), of "Toss a Coin to Your Witcher" fame, will return as well, hopefully with more bangers to share with the world.

Aside from the core cast, a bunch of secondary humans and sorcerers will return as well, including Lars Mikkelsen as the scheming warlock Stregobor and MyAnna Buring as head sorceress Tissaia. Also returning are Tom Canton as the elf Filavandrel, Lilly Cooper as Murta, Jeremy Crawford as dragon hunter Yarpen Zigrin, Eamon Farren as the terrifying black knight Cahir, Mahesh Jadu as Vilgefortz, Terence Maynard as Artorius, Mimi Ndiweni as Fringilla Vigo, Royce Pierreson as Istredd, Wilson Radjou-Pujalte as Dara, Anna Shaffer as the sorceress Triss Merigold, and Therica Wilson Read as Sabrina.

But that's not all: The new members of the cast have been announced, and you may recognize one very, very familiar face. Kristofer Hivju, who played the wildling Tormund Giantsbane in Game of Thrones, is arriving on the Continent, and will be playing a character named Nivellen, whose story in the books is modeled after the fairytale of Beauty and the Beast. Killing Eve fans will be thrilled to see Kim Bodnia appear in the new season as Vesemir, a fellow witcher and mentor to Geralt. We'll also be seeing Yasen Atour as Coen, Agnes Bjorn as Vereena, Paul Bullion (Billy Kitchen on Peaky Blinders) as Lambert, Thue Ersted Rasmussen as Eskel, Aisha Fabienne Ross as Lydia, and newcomer Mecia Simson as Francesca.

Bridgerton's Adjoa Andoh has also been cast as the priestess Nenneke, a sort of motherly figure towards Geralt and Jaskier; Cassie Clare as Phillippa Eilhart, a sorceress who can transform into an owl; Liz Carr (The OA, Devs) as a gender-flipped Jacob Fenn, a mysterious legal expert, and Simon Callow as Fenn's accomplice Codringher; Graham McTavish (The Hobbit, Outlander) as Dijkstra, a spy and head of Redanian Intelligence; Kevin Doyle as Ba'lian; and Chris Fulton as Rience, a mage tasked with hunting down Ciri.

Will the timelines be all jumbled up again?

Probably not. The first season of the show was based on the first two books in the Witcher series, The Last Wish and Sword of Destiny, which are actually not in the main series, but collections of short stories that show the characters' backstories. Elements from these books were taken to adapt the show, but now that [SPOILER ALERT] Geralt and Ciri have finally found each other, it's likely that the show may start hewing closer to the main series.

Showrunner Hissrich even confirmed to The Wrap that Season 2 will be a lot more linear: "What we'll see in Season 2 is that all of our characters are existing on the same timeline. What that allows us to do storywise though is to play with time in slightly different ways. We get to do flashbacks, we get to do flash-forwards, we get to actually integrate time in a completely different way that we weren't able to do in Season 1."

Which book(s) will Season 2 be based on?

Netflix hasn't announced as much, but with all the characters having converged by the end of the first season, it's likely that Season 2 will draw from the next book, which is Blood of Elves—officially the first book in The Witcher Saga. You can almost think of Season 1 as a kind of prequel series, while in Season 2 we'll finally get the ball rolling on what is up with Ciri and her powerful screams.

How many times will Geralt say "Hmm"?

A lot of times.

Is there anything else Witcher-related out there so that I don't go nuts waiting for Season 2?

There will be! Netflix commissioned a Witcher anime film, Nightmare of the Wolf, from Schmidt Hissrich and show writer Beau DeMayo, with animation from Studio Mir, the Korean studio that worked on The Legend of Korra and Voltron: Legendary Defender. That movie, about Geralt's Witcher mentor, Vesemir, dropped in late August.

Netflix has also announced a Witcher prequel miniseries, The Witcher: Blood Origin, which will depict the beginnings of the very first Witcher, during the catastrophic Conjunction of the Spheres which brought elves, magic, and monsters into the world of humans.

There's also been a steady stream of Witcher content popping up on Netflix's YouTube channel for the past few months, from Joey Batey reading passages from the Witcher books to Henry Cavill talking about all of his swords. It's like they know all we want is more Witcher.