How the brutal final scene figures into the rest of the movie.

There's a painting that pops up throughout the unnerving Netflix original thriller Things Heard & Seen. It's George Inness' The Valley of the Shadow of Death, a landscape illuminated by a cross in the sky, with one man standing in its glow. In the final moments of the film, the major antagonist dissolves into a distorted version of this image, his fate left slightly obscure, but the implication being that he has been subsumed by the spiritual world, led to his death by the woman he has harmed.

Based on the novel All Things Cease to Appear by Elizabeth Brundage, Things Heard & Seen is on one hand a fairly simple spooky story of a young couple disintegrating when they move to a new town and into a house with a lingering supernatural element. On the other, it's a piece that name-drops artistic movements and the Swedish theologian and mystic Emanuel Swedenborg on its way to a gruesome ending.

It's clear that the story will conclude in tragedy from the first shot of the film, directed by Shari Springer Berman and Robert Pulcini, when George Claire (James Norton) pulls into his garage in the winter of 1980 and finds blood dripping from the ceiling. The narrative then flashes back a few months to show George and his wife, Catherine, played by Amanda Seyfried, preparing to leave New York City, where she is working as an art restorer, for his new job as a professor at a small college upstate. There is tension in their relationship from the beginning. She is bulimic, and he doesn't seem very attuned to her needs in pursuit of his own success. But there's also something distinctly off about him. When his new boss, Floyd DeBeers (F. Murray Abraham), suggests that it was his writings on Hudson River School painter Inness' connection to the theories of Swedenborg that got him the job, George professes that he doesn't really buy into Swedenborg ideas. 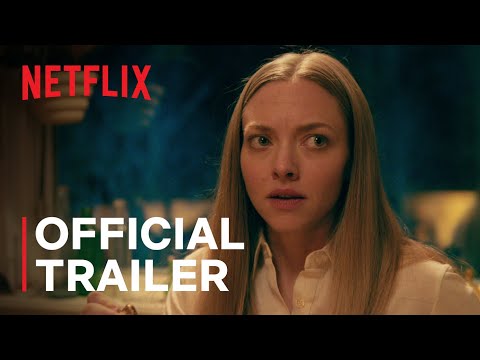 The legacy of this figure hangs over Things Heard & Seen. Floyd gives George a copy of his book Heaven and Hell, otherwise known as Heaven and its Wonders and Hell from Things Heard and Seen, with a reproduction of The Valley of the Shadow of Death on the cover as a welcome gift. The plot utilizes the most basic reading of Swedenborg's philosophy, essentially that there is overlap between the physical world and the spiritual world, which includes Heaven and Hell and the realm of what we would probably commonly refer to as ghosts.

It soon becomes clear that it's not Catherine who is out of place in this environment, it's George. She begins to see spectres in their farmhouse, but instead of being terrified, she embraces their presence, researching the home's past, which is filled with curious women who were condemned by their husbands' malicious natures. She's the one who is drawn to reading Heaven and Hell. And it turns out that George himself is nefarious: He's a philanderer and a liar who forged his recommendation letter in order to get his current gig. He also neglected to tell Catherine that the couple who lived in the house before them died in a murder-suicide perpetrated by the husband. Just as Catherine becomes connected to the women before her, George's mind is taken over by the abusive men who preceded him. Their demonic presence guides him as he attempts to kill Catherine's friend (Rhea Seehorn), and successfully murders Floyd and Catherine. He drugs his wife and drives an axe into her chest.

Both of the actors involved subvert the expectations set out for them. Norton's charming smarm morphs into violent rage, while Seyfried's innocent trepidation turns into determined acceptance. After her death, Catherine joins this coterie of wronged women. In ghostly form, she hovers over him as he takes a boat out to sea during a storm and meets his fate, the swell dissolving into brushstrokes that look like Inness' even though the resulting painting is not an exact recreation of The Valley of the Shadow of Death.

It's a Pyrrhic victory of the spiritual world over the human one and may come as a let-down to some viewers. George's demise is artistic. Catherine's was just grim.