Director Garrett Bradley's film toggles between the past and present, crafting a moving portrait of a relationship tested by incarceration.

In Garrett Bradley's exquisitely constructed documentary Time, chronology gets scrambled, remixed, and re-fashioned. The often grainy, always intimate black-and-white imagery, pulled from home video archival footage shot by entrepreneur and activist Sibil “Fox” Rich, draws you in the past, but then the film will float back to the present. In one moment, you might see a giggling child; in the next shot, that child is a watchful teenager. “A lot of things have changed since the beginning of this tape," says Rich early on in the movie, providing a roadmap for the journey ahead.

A hit at the Sundance Film Festival, where Bradley won the Directing Award in the U.S. Documentary Competition, and now available to stream on Amazon Prime, Time chronicles Fox Rich's life as she lobbies for the release of her husband, Robert Richardson, from the Louisiana State Penitentiary, otherwise known as Angola. (The prison is shown from the sky in a chilling drone shot, emphasizing the enormous scale of the facility.) Unlike many documentaries on streaming platforms at the moment, Time does not dwell on the incident that put Robert behind bars, an armed robbery attempt where Fox was the getaway driver. Instead, Bradley takes a more emotionally and psychologically nuanced approach to the narrative. 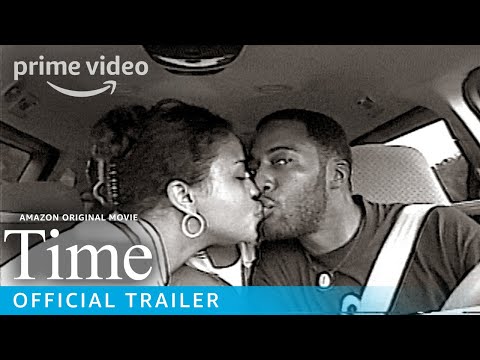 Fox Rich is always busy, delivering rousing speeches criticizing the prison system and advocating for large-scale political change. She's seeking a reduced sentence for Robert while also working to dismantle a racist institution. In addition to highlighting her activism, the film also presents her as a parent and a business owner, keeping multiple plates spinning as she constantly pushes for Robert's freedom. There are glimpses into her spiritual life as well, scenes that examine the possible source of her inner strength and her personal growth over time. By covering such a long period, the film emphasizes the ways in which an individual can change while staying committed to a single goal.

Time has a poetic quality, accentuated by bits of meditative voiceover, but the story is not difficult to follow. Years pass with a quick cut, specific dates get mentioned then quickly forgotten, trees grow where they previously were not, and the movie, assembled with a keen eye and a tender touch, teaches you how to watch it as it progresses. There's no clean timeline graphic moving you through the journey. Though we spend a significant amount of time observing Rich as she does battle with an indifferent legal bureaucracy, Bradley never allows the movie to fall into the familiar rhythms of a by-the-numbers procedural or a dry piece of reportage. The movie always chases fundamental truths in the struggle and locates grace notes in the whirl of information.

Despite documenting a busy schedule of family obligations, meetings, and court dates, Bradley knows when to pull back and let a scene breathe. Even at less than 90 minutes, there's a patience to the filmmaking choices. One of the movie's most powerful moments occurs when we see Rich on the phone, waiting for a decision from a judge to be relayed to her by an administrative assistant. Clearly, it's a version of a conversation she's had countless times, one that usually ends in crushing disappointment, but Bradley's camera locks you in. You can't look away.

That type of proximity is rare and it requires a high degree of control. "I’m actually more interested in trying to create an environment for people that feels as though you are living with a person," said Bradley in a recent interview with Filmmaker Magazine when asked about that specific moment. "That you are living life as it feels, alongside them. Memory and our thoughts are what take over most of our minds throughout the day. Any traffic that’s outside, any construction, they’re happening simultaneously with us being on the phone, grocery shopping, to any series of obligations that we have. How can I make films that honor the reality of that experience?"

As conversations about the racist history of the carceral state move closer to the mainstream, a film like Time serves as a valuable example of how a film can make a powerful argument without falling back on the same visual language of countless other movies. So many documentaries are well-meaning in their intent, but lack the formal rigor and sense of artistry to truly tell a moving story, to capture the unruly texture of lived experience. They feel like slick commercials, Hollywood product, or public radio segments. By refusing to play by those rules, Time manages to feel genuinely profound.