The 15 Most Ridiculous Jax Taylor Moments of All Time

When I started watching Vanderpump Rules in 2013, I shared the opinion of most viewers: Jax Taylor, the SUR bartender who doesn't really know how to make any drinks but does know how to pick up women, is a lying sociopath who's intensely fun to watch. Seven years later, I not only better understand the depths of my own depravity and my unhealthy relationship with reality TV, I have come to appreciate the beautiful absurdity Jax brings to a show that activates my dopamine production in a way I imagine methamphetamine would. He's one of the best reality show "villains" of all time, a guy who can somehow behave in the most callous ways possible toward those close to him without totally ruining his friendships. He possesses the kind of magnetism that a cute puppy who's just eaten your shoes, peed on the bed, and had sex with your girlfriend possesses. You just can't help but have a soft spot for him.

With Bravo's January 7 Season 8 premiere of Vanderpump Rules, which introduces us to a few younger and inevitably inferior SURvers now that the core cast is mostly married or coupled up, it's time to pay tribute to Jax Taylor. He's provided me with so much joy over the years, it's my solemn duty to spread it like a rumor that Jax got someone pregnant in Las Vegas. That's why I've compiled my favorite Jax moments from the seven previous VPR seasons, moments I have remembered because there's no better way for me to occupy neural space.

The shirtless fight in Vegas

Season 1, Episode 4
Jax and the rest of the SURvers were instant stars thanks to their excessive levels of #drama, even by reality show standards, and their relatability. They're not rich; they're just servers trying to make it in Los Angeles, wait staffers who seem to experience every human desire as though it's been cut, purified, and snorted like pasta (VPR code for cocaine) on a mirrored tabletop at midnight on a summer Thursday in Southern California.

And who among us has not gone to Vegas, gotten absolutely obliterated, and wound up shirtless in the parking lot of a mini-mall, running after the guy who's hooking up with an ex? What Jax showed early on is that he would bring the most crass, unfiltered version of male egotism to every encounter, likely with some shots to serve as the NOS booster on aggression. Even though Jax runs at Frank, he doesn't exactly "grip" or "hit" him, probably out of some kind of drunken logic that if he doesn't strike Frank, he can't get charged with assault or battery. Not sure why Tom Sandoval ended up shirtless, too, or really any of them, but it does look badass to rip your shirt off before attacking someone, so I guess I get it.

"I did go to Vegas and have relations with somebody else"

Season 1, Episode 8
A running joke about Jax is that he can struggle with both the meaning and pronunciation of words, which explains why -- after weeks and months of denial -- he brings Stassi flowers and offers a mea culpa in Clintonian language, filtered through a West Hollywood mindset. As Stassi cries, Jax unveils what will become a trademark stony reaction whenever he has to admit wrongdoing. Who brings flowers to their ex to tell her that the rumor he claimed wasn't true was definitely true? Jax Taylor, that's who.

Season 2, Episode 14
After countless denials, misdirects, redirects, rumors, counter-rumors, and innuendos, Kristen finally admitted (there's a pattern emerging among the SURvers) that she and Jax slept together while she was dating Tom Sandoval. Sandoval, sensitive soul that he is, tries to talk to Jax, to understand why it happened, to find out if his friend is sorry. To no avail. Obviously the only solution is violence, so Sandoval punches Jax in the face at Scheana's engagement party. Instead of fighting back, Jax relishes the moment: He stares down the camera and grins as blood drips down his face, offering a glimpse of the self-awareness most viewers probably assumed he didn't have. Goosebumps! The good and the bad kind!

Season 2, Episode 16
One of the reasons people call Jax bad names like "sociopath" is because he does things like express a total lack of empathy and remorse after sleeping with his best friend's girlfriend. At least he takes care of his animals!

Getting a (second) girl's name tattoo covered up

Season 3, Episode 12
Fool Jax once, shame on you. Fool Jax twice... he'll get the second tattoo covered up also. After already having to ink over Stassi's name, Jax barely let the ink dry on Carmen's tattoo before having to turn it into a flower. Remember Carmen? She was the one who pointed out Jax was in his 30s and should probably, you know, do something? Well LOOK WHO'S LAUGHING NOW, CARMEN!! Jax is a reality god!

Season 4, Episode 13
The #PumpRules group trips never fail to disappoint, as the crew always treats "vacation mode" as license to get in even more drunken fights than they normally would. Since their Hawaii vacation didn't feature enough drama to sustain the season, Jax pumped himself full of tequila shots and decided to steal a pair of sunglasses right as everyone was heading to the airport to catch their flight home. He's apprehended pretty much immediately, as you can see from the surveillance footage, and winds up getting charged with a felony because the glasses were so expensive. His plea deal also put him on probation, which James Kennedy expertly uses to egg Jax on in the future, challenging him to fights James would never win and causing Jax to shout things like, "You're lucky I'm on probation!"

"I'm the number one guy in the group"

Season 4, Episode 16
This episode -- all of Season 4 season, really -- was clearly one in which Jax's pasta consumption got a little out of control. A great season of television, in other words. Jax, with pupils the size of SUR hightops, insists that not only are Brittany's new boobs going to look like those of Peter's girlfriend, it's his decision how they look because he's paying for them. Whoever thinks capitalism has brought nothing of value to this country has no appreciation for Vanderpump Rules. 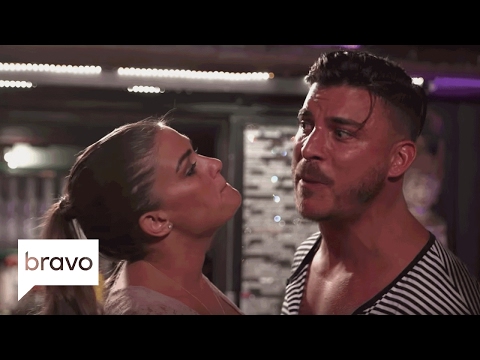 Jax defends the honor of Women

Season 4, Episode 19
One of Jax's most infuriating and entertaining habits is the readiness with which he'll adopt larger concepts of social justice if they help him in his personal feuds. The Jax vs. James Kennedy rivalry is one of the show's most satisfying villain battles; it's a see-saw narrative that takes place 10 miles below the surface of human decency, and who's on top at any given point depends largely on how fucked up they've been getting recently.

Season 5, Episode 8
In one of those beautiful reality show twists that could not be written into a fictional show, Jax, king of cosmetic surgery and supporting women who want to augment the size of their breasts, has to undergo surgery because he developed breast growths (gynecomastia) due to the "supplements" he's taking, which are definitely not hormonal or steroids. Fittingly, everyone on the cast made fun of Jax for getting a "boob job." "A lot of people have this," Jax tells us -- especially bodybuilders who take supplements, "and the supplements counteract with their body." Informative! As a disgusting bonus, we also get to see the surgeons remove a chicken-liver-sized growth that flops gently in a pair of tongs before getting whisked away for a biopsy.

Season 6, Episode 2
Faith has made periodic appearances on the show -- there was the time when she was being set up as a romantic interest for Max, Lisa's son, but wow, those storylines are long gone. Time moves fast in the reality television universe, and in Vanderpump's universe, it's easier to bring LBGTQ people into the cast than it is to include people of color. Back to the matter at hand, though: Jax had sex with Faith while Faith was taking care of a 95-year-old woman. So many questions! Where was this woman while they were having sex?? Where did they have sex??? Why did Faith record audio of the encounter, which was later played for Brittany????? Did Jax just show up while Faith was working and the rest was history????? Were there other incidents???????? Fortunately, Jax and Brittany made it through this trial and are now happily married. 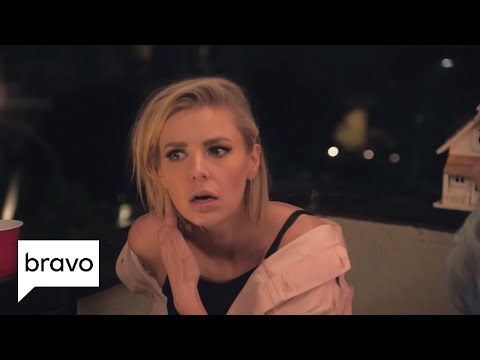 "If a fuckin' squirrel would've looked at me with a fuckin' pussy, I would've fucked it."

Season 6, Episode 5
This one pretty much speaks for itself, I think, but maybe not. Either way, let's move on.

Season 6, Episode 12
The Vanderpump crew takes a trip to the timeshare Rob has in the mountains (remember Rob? ROB! Rob can hang a television by himself in seven minutes!!! He's ALL MAN!). Jax, who's had a rough season so far, decides to clear his mind by going for a swim. The altitude, man, it's a killer -- Jax makes it halfway to the buoy he's targeting before he starts crying for help. A lone lifeguard refuses to believe Jax is serious, but eventually swims out to rescue him. Jax's near-death experience gives the VPR editors a golden opportunity to cut together a montage of his life flashing before his eyes, and it's as rewarding as you'd expect with five-plus seasons' worth of material to mine.

The dream job in Florida

Season 6, Episode 15
After a season spent in emotional, physical, and aquatic crisis, Jax starts talk of blowing up everything and taking his "dream job": Social media manager for a hockey team in Florida. None of the cast even believe this is a real job, but the way Jax sells it really hammers home how much of a dream job this is for him. "There's nothing here for me," Jax tells Brittany, the woman who moved from Kentucky to be with him and who's trying to get over the fact that their relationship is on paper-thin ice in the middle of July. Inspiring words! Jax did not, in fact, move to Florida.

Season 7, Episode 20
You know how when you're a guy marrying into a conservative family who are filled with deep (and justified) mistrust of you, the best thing you can do is take the men of said family out to dinner before your wedding and tell them that you are "always gonna be number one," not your future wife. It's really a great way to instill confidence and foster harmonious familial relations! Jax was miffed because Brittany's brothers, brothers-in-law, and father all asked him to make sure he was serious about treating Brittany right. In a galaxy brain retort, he said Brittany had to take care of him too, and stood by his comments later by pointing out that if he wasn't in a good place mentally, how could he love and cherish Brittany? He has a point.