When Veronica Mars returned as a movie in 2014, it leaned heavily on fan service. Hell, it even took place during a high school reunion, so basically everyone from the original three seasons had a reason to show up. The best part about the new Hulu revival of the series -- which the streamer surprise-dropped this past Friday, a week ahead of its scheduled release -- is that it largely does away with any of that nostalgia, shedding the "hey look, it's that person" vibes for a mystery that's not reliant on old teenage beef.

Perhaps it's this kill-it-with-fire energy that led creator Rob Thomas and his team to the new ending, a devastating twist that quite literally immolates a central dynamic of Veronica Mars and has enraged fans in the process. It's the opposite of fan service, which comes off as both impressive and nasty.

For a brief moment, it seems like Kristen Bell's Veronica, a character defined by the bad things that have happened to her, gets her happy ending. She and her dad, Keith (Enrico Colantoni), solve the case of the Neptune bomber, pinning it on the bitter pizza delivery man Penn Epner (Patton Oswalt). Veronica also has agreed to marry her longtime on-again, off-again love Logan Echolls (Jason Dohring), the bad-boy-turned-war-hero working through his issues with therapy. But as Veronica and Logan prep for their honeymoon, she realized she missed something when solving the case: Penn left one final bomb in her car, which goes off with Logan inside the vehicle, killing him in the process.

It's a stunning conclusion that completely obliterates a core facet of the series. For as much as Veronica Mars was initially a noir about a girl investigating her best friend Lilly Kane's murder, it was also a teen series with all the kissing and love triangles that comes with the territory. Logan and Veronica were the OTP -- one true pair -- and they were damn good at it. He was a quintessential #problematicfave. In the early episodes, Logan was a spazzy rich kid with a mean streak, upholding Neptune's class divide, but as the first season progressed, he and Veronica bonded over their shared trauma of Lilly's death. He was Lilly's boyfriend when she was killed, and, we eventually learn, the son of her killer.

Bell and Dohring had a crackling chemistry, letting their characters' deeply felt anger bounce off of one another. And while Veronica and Logan never stayed together long, their romance always felt like the show's endgame. When the new season picks up, Logan is still in the military, like he was in the movie, and continuing down the road of self-reform. He and Veronica are still very much in love, but there's a coldness to their relationship that was never there before. He's looking for something more traditional: marriage, couples therapy, etc. She refuses to give up the tortured chip on her shoulder in favor of something more sincere. It's clear she misses the hint of violence and danger in their relationship, while he does not.

It's a reversal of positions. In what is probably the quintessential Logan and Veronica moment -- one that gives the Season 4 finale its title -- at a makeshift prom in a hotel room during Season 2, he drunkenly professes his love for her, telling her he thought their story was "spanning years and continents, lives ruined, bloodshed, epic." His passion makes her uncomfortable. "You really think a relationship should be that hard?" she asks. Years later, it's Veronica who longs for that volatility, and it's what eventually dooms Logan. 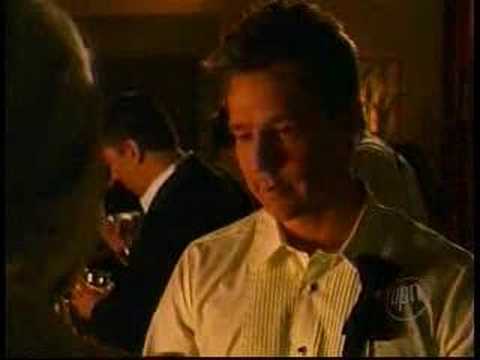 When Veronica ultimately comes to the realization that she does want a white dress and a life with Logan, it's a suspiciously left-turn conclusion borne out of having a sex dream about another man. Even from that moment the union is likely doomed, but the manner in which it becomes so is drawn out and shocking. The bomb is almost designed to piss people off, and it achieved its goal. All the proof you need is on Twitter, where devotees are calling for Thomas' head.

In an interview with TheNew York Times, both Bell and Thomas insisted that for the series to work Veronica must not be happy. “We want to see her match lit," Bell said. "We want to keep her fight in her. When she’s truly content, the story will be over.” But instead of teasing out Veronica's demons without an explosion, Thomas found an easy way to make his heroine miserable once again for a possible season five.

The reactions to Logan's death have been strong, with some people praising it as a necessary evil and others despondent. I'm conflicted, frankly. There's something satisfying in seeing a male love interest as cannon fodder for the female detective, another tragedy on the way to making her more grizzled and hardened to the world. Still, I can't help feeling that there was something lacking in the entire Logan and Veronica storyline that the bomb only emphasized. In an attempt to make Logan the more mature party, Thomas and his writers stripped him of his personality. Like Veronica, I missed the fizzle of their interactions, and, like Bell and Thomas, I didn't want wedded bliss for her. The disappointment wasn't that Logan dies, but that he dies as a way to deprive Veronica of a perfect man. Because that's the thing: Logan was never perfect.