New movies and TV shows arrive so quickly on Netflix these days that it's hard to keep track of exactly what's gathering dust on the virtual shelf. With the streaming company creating a massive stockpile of original content -- it will release 80 original films in 2018 and hopes to have 700 original series by the end of the year -- it's inevitable that some gems will slip through the cracks. Veronica, a Spanish ghost thriller in the vein of The Conjuring, debuted on the platform back in February with little fanfare, but horror fans are discovering the movie -- and digging into the terrifying true story that inspired it.

While Veronica wasn't produced or acquired by Netflix -- it's not a "Netflix original" like the recent wilderness horror sleeper The Ritual -- it did quietly pop up on the service after screening at the Toronto Film Festival last year. The latest movie from REC mastermind Paco Plaza,Veronica is a Ouija-obsessed ghost story about a young girl named Veronica (Sandra Escacena) who uses the board to conjure some bad spirits with her friends during a solar eclipse. She attempts to contact her dead father, but ends up waking up some truly sinister forces. Here's the twist: They're not here to make friends. 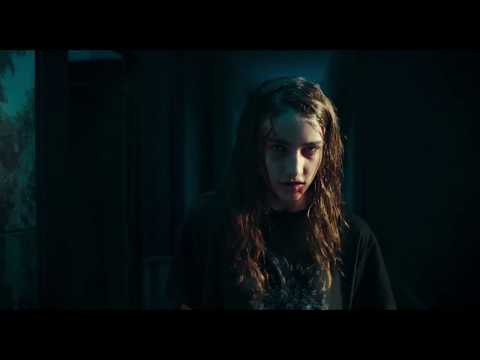 What follows over the course of the film's 105-minute runtime won't be particularly surprising to anyone who saw 2016's Ouija: Origin of Evil, which did an effective job of wringing genuine scares from a premise that looked flimsy when the first Ouija came out in 2014. Veronica, who takes care of her cute younger siblings while her mother works day and night, quickly finds her apartment under siege. Lights flicker. TV's turn on for no reason. Really nasty gagging while eating occurs.

To get to the bottom of these creepy activities, Veronica seeks out the help of a blind nun at her school who goes by the nickname "Sister Death" and seems to be an authority on communicating with the spirit world. (Important horror movie rule: Every haunted teen needs a blind nun as a mentor.) In addition to blowing smoke in Veronica's face, Sister Death tells her to basically just run away. When you're being hunted by vengeful monsters from the spirit realm,  you don't have many good options. But Veronica is committed to protecting her cherub-like brother and her twin sisters. At one point the nun tells her, "You have to do right what you did wrong," which is exactly the type of koan-like advice people always get in movies like this.

In case it's not totally clear, Veronica can be a little predictable -- and ridiculous. Some of the spooky tropes it explores and the images it uses to shock you -- like electronic toys lighting up at random moments or people unhinging their jaws in really startling ways -- aren't exactly shocking anymore. There's little in this film that feels revelatory. (It can also get downright repetitive, especially in its use of dream sequences.) But Plaza directs everything with a confident hand and the performances, particularly Escacena as the title character, are on a higher level than many straight-to-streaming horror titles. The situations might be familiar to you as a viewer, but the kids in the film react as if the clichés have been reinvented right in front of their eyes.

There's also the unsettling aroma of authenticity that comes with the film's "inspired by real events" status. Now, it's a good idea to take any true story tale promoting a horror film with more than a few grains of salt -- remember, The Bye Bye Man was also "real" according to the press materials -- but the way the "true" aspects of Veronica are folded into the film makes for some effective storytelling. Plaza does more than just slap a quick disclaimer title card on the screen before the credits. (Warning: Spoilers for Veronica follow.)

The real story that inspired Veronica is referred to as the "Vallecas Case" and dates back to 1991, which is when Veronica is also set. As detailed in this Newsweek piece about the actual case, the movie deviates from the true story in many ways. For one thing, the girl's name was Estefania Gutierrez Lazaro, not Veronica, and she did not die in her house as portrayed at the end of the film when the detective arrives and finds her body levitating. Instead, she passed away in a hospital in Madrid. The police didn't become part of the investigation until over a year after her death.

So, what parts of the movie are true? According to Newsweek, there was a Ouija board involved and a nun at Estefania's school broke up the activity before it was finished. More importantly, the text that accompanies the end of the movie, where we see the detective tying out his police report, is inspired by a real police report that was filed after her death. The cops reported that they saw a "situation of mystery and rarity." It's one of the few situations where authorities admit they saw something genuinely unexplainable -- and, unsurprisingly, it's become a source of fascination in Spain ever since.

Even though it's brief, Plaza's use of bookends and a flashback structure involving the police officer give the movie a sense of legitimacy. The slight whiff of non-fiction creates some compelling tension with the film's more dream-like touches. (For example, there's a great shot of Veronica running across pavement that suddenly turns into the pages of an occult manual she was just reading.) By playing the real off the surreal, Veronica finds an often chilling middle ground.