The Director of the Dick Cheney Biopic 'Vice' Explains Its Funniest, Wildest Scene

As a former head-writer for SNL and a director of outrageous comedy hits, Adam McKay understands there's a subtle art to pushing a joke to its limits. He's the guy who had Will Ferrell turn a jazz flute into a flamethrower in Anchorman, pray to a "tiny infant Jesus" at the dinner table in Talladega Nights, and put his balls on a drum set in Step Brothers. For the slightly more buttoned-up Dick Cheney biopic Vice, the follow-up to his Oscar-winning financial docudrama The Big Short, McKay used every fourth-wall breaking device up his sleeve, including faking-out the audience by running the end credits in the middle of the movie.

In the film's most audacious conceptual gambit, we see Christian Bale's middle-aged Dick Cheney living out a peaceful, quaint life with his wife Lynne (Amy Adams) and his two daughters, Mary (Alison Pill) and Liz (Lily Rabe). With title cards out of American Graffiti or Animal House, the movie lays out a cheery alternate history for the Cheney family, one where Dick never gets a phone call from George W. Bush and never becomes one of the most controversial Vice Presidents in American history. "That was a case where I was just struck by the enormity of the moment," explains McKay on the phone from L.A. before the film's release. "I was like, 'Screw it, let's roll the credits.'"

To film the scene, he used the same mix of scripted dialogue, improvised banter, and keep-the-camera-rolling energy that's powered his comedies in the past. (In a recent oral history, McKay said he shot a million and a half feet of film during the production of Step Brothers.) He knew he wanted the family fishing and enjoying each other's company, but during the shoot he decided the whole clan should walk back to the house together and, in a bit of on-set serendipity, the family dog ran perfectly along with them on cue. For McKay, the shot "felt like such a perfect ending image to the story."

It's the type of playful, anarchic moment that defines McKay's recent foray into more self-consciously serious, politically minded fare: He wants to take dense, complicated subject matter -- like the packaging of subprime loans in The Big Short or the unitary executive theory in Vice -- and frame it in a way that tickles the brain and energizes audiences. "It's all situational," he says about moments like the credits gag or an extended bit with Alfred Molina playing a fancy waiter reading off a list of specials that includes items like "enhanced interrogation." "It's not something I'm necessarily setting out to do. I try to do it based on what the story needs."

For the mid-credits moment, McKay wanted to use the gag as a way to dramatize a pivotal decision in Cheney's life. As the rest of the movie (and actual history) shows, Cheney chose to pursue the Vice Presidency, where he used his grip on executive power to wage war and commit acts that tarnished America's image around the globe. By presenting an alternate ending, a road not taken, McKay is trying to get into his protagonist's head. "It's a tricky thing in a movie like this," he says. "You're talking about a character who has done everything he can so that no one makes a movie about him."

As the divisive reviews indicate, some will wonder why McKay bothered attempting to crack such a seemingly impenetrable historical figure. The movie, which at times resembles the galaxy-brain documentary work of British filmmaker Adam Curtis, who McKay cites as a "huge influence," places Cheney at both the margins and eventually the center of a massive political paradigm shift in American history that includes the rise of right-wing media, the flooding of the legal system with conservative judges, and the pernicious influence of wealthy campaign donors on elections. The movie chases these tangents -- and a flurry of other big ideas -- with a combination frenzied glee and righteous anger.

At the same time, McKay admits he doesn't want to lose the audience, and he often uses test screenings and feedback from focus groups to guide the editing process. For example, he says in early test screenings the fake credits "weren't working" and he was told by people around him that he needed to remove it from the movie. Really, he explains, it was the opening section of the movie that wasn't working yet. Once he and his editor Hank Corwin, who earned an Oscar nomination for his work on The Big Short, fixed that, the fake credits gag played much better. (The use of focus groups, a tactic the Bush administration used in the run-up to the Iraq War, also gets mocked in the movie itself, including in the end-credits button.)

In a movie as ambitious and wild-eyed as Vice, what ends up on the cutting room floor? It turns out there was an entire musical number about Donald Rumsfeld (Steve Carell) teaching Cheney how power works around Washington D.C. and in the White House of Richard Nixon. Written by the film's Oscar-nominated composer Nicholas Britell, sung by Brittany Howard of the Alabama Shakes, and choreographed by Hamilton choreographer Andy Blankenbuehler, the song didn't survive the test screening process. There simply wasn't room. 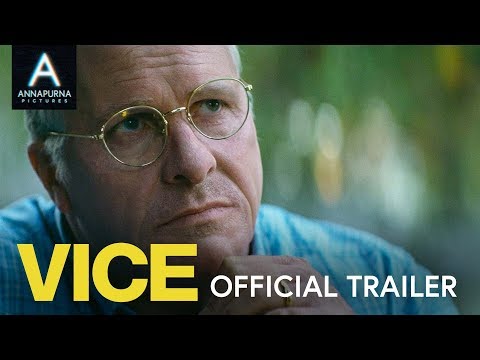 McKay thinks it will end up online or on the DVD some day. "It was an amazing piece that just in no way fit in that part of the movie, and I tried and tried and tried to get it to work," says McKay, sounding genuinely bummed when talking about the decision. "Man, that was a painful cut."

He's fully aware that the movie, which also includes a Shakespearean throw-down between Bale and Adams, is walking a perilous tonal line. It's satirical, dramatic, absurd, pissed-off, empathetic, and, at times, even tragic. Some might just wish that the story actually did end with the mid-credits gag, letting you walk out of the theater in the sunny belief that Dick Cheney never became Vice President, America never pursued the Iraq War, and the last decade was completely different. Maybe that means there's no President Trump?

"I definitely won't say that we don't have Donald Trump [if Cheney doesn't become VP], because I think the Republican Revolution is bigger than Cheney and it's bigger than all of these people," says McKay when asked to consider the implications of his own hypothetical situation. As his movie suggests, Cheney was part of historical and political forces much larger than himself. "I think that train is rolling along no matter what."