Remember Tara, the longtime tag-along pal of Abraham, intermittently useful Alexandrian, and unlucky girlfriend to dearly departed nurse Denise? It's been awhile: the last time we saw her, she was dispatching sleepy Saviors at the satellite outpost in the middle of Season 6. She's been off on the world's longest supply run ever since. Tara doesn't know about the fate of her friends and lovers, she doesn't know about the iron rule of the Sanctuary, she doesn't know about Negan or Lucille. She's miles out and blissfully ignorant, on the lookout for ammunition and collecting cans of nonperishable food.

But it turns out Tara still had an important role to play. Tonight's episode, "Swear," whisks us out along the East Coast, somewhere in Virginia, where Tara and her reluctant travel buddy Alexandrian Heath find themselves foraging without much luck. A chance encounter with some dormant walkers on a litter-strewn bridge -- when will these people learn not to tug or yank at random heavy objects in the wild? — separates our heroes, sending Tara into the water at the mercy of an ocean-bound current. At which point it becomes clear what we've got on our hands: a 70-minute bottle episode starring Tara and a whole lot of girls.

Say hello to another new community! The world of The Walking Dead has greatly expanded over the last year and a half, as the move to Washington has introduced us to clusters of survivors from all over the place: in addition to the Alexandria Safe Zone, we've now got the Hilltop, the Kingdom, and of course the Sanctuary, each with their own people, both good and bad. The latest is a place known in the comics as "Oceanside." As the name suggests, it's a coastal town where people live in stranger-free isolation and customarily shoot intruders on sight. These people are well-armed, combat-ready, and merciless. They fend for themselves and have no interest in alliances of any kind. Even their youngest are handy with a semi-automatic, and much more than the Hilltop or even Alexandria, they seem to have the supplies and sense to survive on their own indefinitely.

Oh, and there are no men. As Tara soon learns, Oceanside is an all-female community — not out of some Mad Max-esque postapocalyptic ethos, they explain, but because the men once among them were wiped out systematically -- boys over 10 included. And whoever could be responsible for such a brutal and drastic measure?

That’s right, our boy Negan, who devised this form of gendered genocide after the Oceanside people refused to bend the knee. The women who remained were forced to continue working for the Saviors, à la the Alexandrians -- until they got understandably fed up, gathered their belongings, and split overnight for the coast. They've been living hidden and pessimistic with their huts and their guns ever since, as they make clear. They're certain they'll get by just fine forever, so long as word of their far-flung home never lands on Negan's ears. 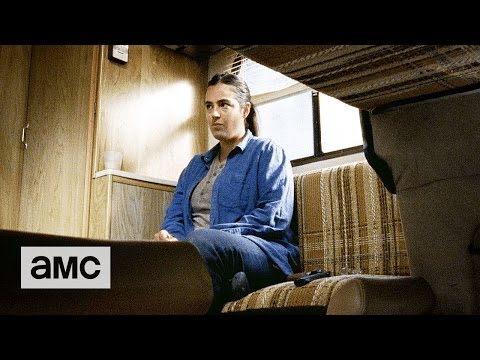 Keep in mind that not only does Tara have no idea what Negan and his beloved barbed-wire bat have been doing in Alexandria since she left a week before -- she’s under the impression that Rick and her crew have wiped the Saviors out altogether, as she somewhat arrogantly informs the Oceanside women over dinner in a bid to be their friends. But these women know better. When they offer to return Tara to the bridge where she lost Heath, sending her packing with her word that she'll never speak of this place to anyone, they swiftly prove insincere, turning on her and attempting to gun her down. They know the threat Tara poses, even if Tara herself doesn't.

And the Oceanside women know that Negan is still very much alive, and that if the Alexandrians were stupid enough to fight them, the Alexandrians are either dead and gone or soon headed there. It's only by sheer luck -- as well as some help from a new young friend -- that Tara manages to escape certain death and make it back home in one piece. (As for Heath, his fate remains to be seen.) Of course, knowing that a fully armed community of badass women is out there and friendly would be useful and maybe even inspiring knowledge to the Alexandrians, who are currently feeling friendless and without hope for the future. Add the Kingdom and Carol, and you've got a potentially Negan-thwarting team. But for the time being, Tara remains mum on the subject: she's been sworn to secrecy, and she's keeping her word.

Every new community we're introduced to is another potential ally in what increasingly looks like an all-out war ahead. Two weeks ago, Rick told us that there are too many Saviors for them to possibly overthrow. Add the Hilltop, and there are still too many. Add the Kingdom, and it might be close. But add Oceanside? That could be a worthy army. The only problem is that nobody but Tara knows they even exist. For now.