Scarlet Witch and the Vision are quite an unusual couple. 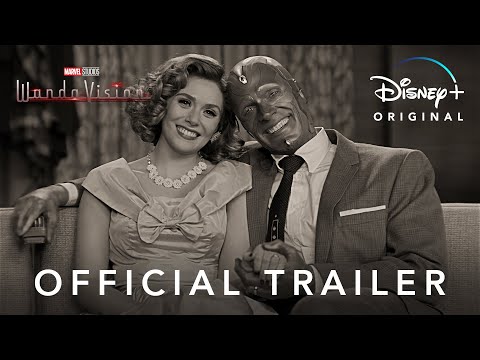 With Marvel's superhero blockbusters on hold because of, you know, we're going to have to turn elsewhere for our seasonal dose of Avengers content. The good news is that some of our favorites have made the move to TV -- Disney announced last year that, following Avengers: Endgame, Scarlet Witch and Vision, Falcon and the Winter Soldier, and Loki would all get TV programs, available to stream on Disney+. The first of those shows, whimsically titled WandaVision, is coming really soon, and a new, full-length trailer dropped during Sunday's socially distanced Emmys ceremony. We have to say: It looks absolutely great.

The trailer starts off with Wanda Maximoff (Elizabeth Olsen) and the Vision (Paul Bettany) living out some 1950s I Love Lucy-style household sitcom, before things start to go awry. They cycle through a bunch of classic television show formats -- even including Vision and Scarlet Witch in their familiar comic book costumes -- before confirming that, no, all is not what it seems. From what we can tell, they seem to be trapped inside some sort of TV show world, like a Truman Show situation, but we have no idea who's trapped them or why -- or even when all of this is supposed to take place. Kathryn Hahn's character even mentions the fact that, in the MCU continuity, Vision is actually dead. So… what's going on??

We won't know, obviously, until WandaVision arrives on our small screens, and while Disney+ hasn't announced an official release date yet, it's definitely coming sometime soon.

Emma Stefansky is a staff entertainment writer at Thrillist. Follow her on Twitter @stefabsky.
Thrillist TV
History of
The History of the McRib