The Rise and Fall of the Batshit Insane Karaoke Video

When you hear the Peaches & Herb hit "Reunited," what images come to mind? Maybe you think of Herb's fly '70s leisure suits, or that dreamcatcher Peaches wore in her hair one time on The Midnight Special. Maybe you remember those H&R Block commercials from a few years back. Maybe you actually picture someone you miss a lot, because you're a sincere person who's easily moved by retro slow jams.

What you probably don't imagine is a guy in a Spider-Man suit and sneakers foiling a kidnapping plot. But if you walked into a karaoke bar in the early '90s and asked for "Reunited," that's exactly what you would've seen on the screen. 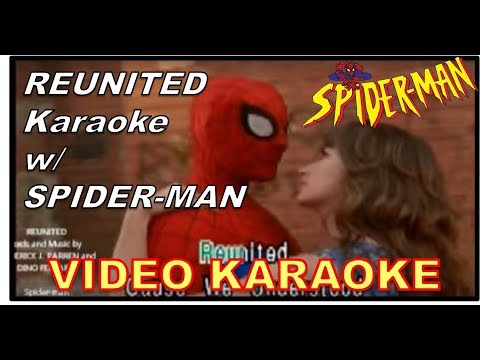 Bizarre videos like this one have long been a source of perverse amusement for karaoke diehards. Punch in the numbers for your chosen track and you could see some dude's makeover montage, or three minutes of beach B-roll. Tasteful cowboy dwarf adventures, or a whole bunch of birds. Watch enough of these things in a row and you'll eventually find yourself shouting, to no one in particular, "Who made this shit?"

Well, depending on that video's release date, the answer could be Paris Barclay, the current president of the Directors Guild of America. During the '80s and '90s, a rising class of young, hungry directors -- many of who have since landed quite respectable gigs, like Mr. Barclay -- put their wildest narrative spins on hundreds of karaoke standards. They had few restrictions, some money, and lots of imagination. They'd eventually be replaced by stock footage, but for a brief shining moment, they got to shoot all sorts of insane videos, just about any way they pleased… provided the finished product could fit comfortably behind an Elton John lyric scroll.

As the story goes, karaoke was officially born in 1969, when a Japanese musician named Daisuke Inoue merged an amplifier, a microphone, and an eight-track car stereo into a coin-operated machine called the "Juke 8." But karaoke videos didn't come along until the '80s, when electronics companies started producing and distributing original shorts to complement the tracks via LaserDisc. Due to copyright laws, they couldn't resemble the original music videos too closely, or even mimic the lyrics exactly. And of course, these weren't the most lucrative film jobs in town. But for up-and-coming directors, karaoke videos provided some great on-set experience and supplemental income as they worked their way up.

"Everyone was young and wanted to experiment, and kind of took it seriously in a way that you look back at these videos now and think, 'Oh my God, I can't believe anyone would do that,'" says David Blood, a director who worked on karaoke videos in Dallas in the early '90s. "But we did take it seriously." 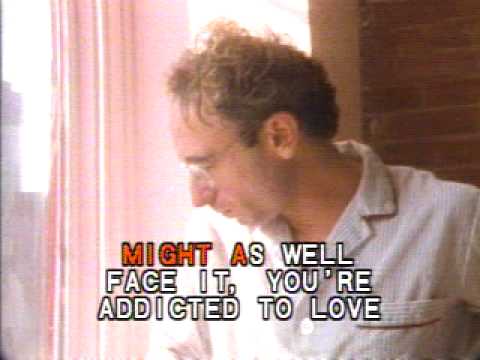 Here's how it worked: production companies would get a contract from one of the major karaoke video players. (More often than not, it was Pioneer, the undisputed king of this niche market for the '80s and much of the '90s.) Song assignments would go out to various directors who worked for the company. The directors would submit a treatment ("Friends in Low Places," featuring a dwarf, for instance), and nine times out of 10, it would be approved. The shoot would wrap in a few days tops, and then it was on to the next one.

Because the goal here was to burn through the catalog as quickly as possible, the directors of these videos had little to no supervision. Which meant you had a license to get super weird, even on the most straightforward Hot 100 songs.

"There was one video for 'Hold My Hand' by Hootie & the Blowfish," says Norry Niven, who directed karaoke videos for Pioneer in the late '80s through the '90s. "And we shot half of that underwater with two models. We shot the other half in a giant green field. We had raided this antique store and for some reason, they had all of these hands. Big, giant plastic hands. And we planted them in the field like they were growing out of the grass. We had a white horse and all these weird mirrors. It was so cool. It was such a different video."

Or you could always go riff on a crowd-pleaser: 1920s German expressionist film.

"I can't remember what music video this was for, but we painted this set as a kind of forced-perspective, [The Cabinet of] Dr. Caligari thing," says Blood. "We kind of went nuts with this set, the pieces would slide in and out while we were dollying forward. Months later, the producer wanted to make some space, so she threw the set pieces out in the back alley. My friend later saw them in one of the homeless tent villages. People were using these pieces of forced-perspective architecture as part of their house."

Apart from general surrealism and absurdity, karaoke videos did have some common tropes. Brian Raftery lays out a set of character types in his book, Don’t Stop Believin’: How Karaoke Conquered the World and Changed My Life, that includes the wandering lover ("two distraught ex-paramours who spend their time taking walks alone and frowning at nature"), the horny bugle boy ("'80s-style male fantasies, set in a world where polo shirts are always tucked into khakis and blondes are always poured into Ferraris"), and the random fly girl ("women wearing neon-colored baseball caps and doing the Hammer Dance"). "That was almost its own genre," says Raftery. "That whole late-'80s, early-'90s sort of Spike Lee, very vibrant-colored videos with people just dancing haphazardly… I think they did those because they could film a bunch of dancers and maybe not know exactly which song it was going to, so it could be reused."

Pioneer and its competitors had set up a pretty efficient little system for themselves, but there was just one problem: it leaned heavily on LaserDiscs. The DVD, which arrived in 1995, and cheaper karaoke technologies like Magic Mic and Magic Sing rendered that format obsolete by the late 1990s. And much like the LaserDiscs themselves, the karaoke video enterprise went out with a whimper. "First they cut the budgets a little bit," says Niven. "Then they wanted to supplement with stock footage. We used to have a huge staff in Los Angeles and Santa Monica -- that went down to one person. And then it just sort of went away. I remember a producer came to town and said, 'I just don't think it's going to happen.'"

Videos with any semblance of narrative were soon replaced with stock footage, if any footage at all -- several tracks produced in the immediate aftermath got nothing more than a lyric scroll. This trend continued into the aughts, as several karaoke labels folded under licensing lawsuits, and it's still largely the default mode today.

"There are very rarely any new karaoke videos being made," says Karen Tongson, an associate professor at USC and author of the forthcoming Empty Orchestra: Karaoke in Our Time. "A lot of that has to do with the proliferation of home editing software. It just became more expedient to use -- and people already did this during the LaserDisc era. They’d use things like stock footage and B-roll of lakes." 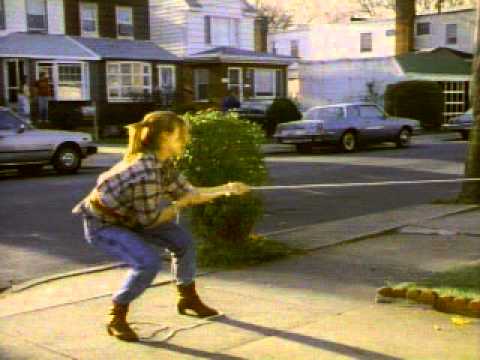 This prevailing trend is obvious if you browse any of the newer tracks on Stingray Karaoke, a Canadian company founded in 2007. (Stingray did not respond to multiple requests for comment.) The same nondescript city scenes appear in its videos for "Blank Space" and "Stitches," while an identical pair of purple lips floats through "All About That Bass" and "Call Me Maybe." Several karaoke companies don't even provide those basic visuals, opting instead to simply put the lyrics on top of a brightly colored background. "Most of the time now, especially because people want current songs really quickly, you'll just get pure lyrics," says Tongson. "When the most current songs are released, that's exactly the version you'll get them in, and they often don't get replaced."

But there's a glimmer of hope that the pitiful current state of karaoke videos could turn around.

DigiTrax Entertainment is a three-year-old karaoke company based in Knoxville. Thanks to its acquisition of Chartbuster Karaoke, it has an extensive catalog of songs and produces about 20 new tracks each month. Those tracks are currently just lyric scrolls, but marketing manager David Grimes insists DigiTrax is aiming to revive the karaoke video. "This is something we want to do," he says. "We've approached some of the original artists, and we've said, 'Hey, we would like to work with you on putting together some really cool videos that are maybe a little more representative of the songs'… We're negotiating with these artists, and we expect we're going to be producing those -- you should see some of those come out before the end of this year."

DigiTrax's timeline for this project -- and its reasons for resurrecting the karaoke video at all -- remain frustratingly vague. Grimes insists it's too early in negotiations to disclose any more information on the actual songs, or what the videos might look like. But with any luck, a fantastically bizarre Ed Sheeran video could be arriving in a karaoke bar by 2016. Let's hope Spider-Man sneaks in. With a few dwarf cowboys. Underwater. With giant hands.

Kristin Hunt is a freelance writer for Thrillist and a karaoke enthusiast, despite her utter lack of musical ability. Follow her to Koreatown’s finest @kristin_hunt.