Why the Bicameral Mind Theory Is Crucial to Unlocking 'Westworld'

For more on the episode of the same name -- where the information below plays a pivotal role -- read our recap of the Westworld finale, "The Bicameral Mind."

"Arnold," the forgotten innovator of Westworld's hosts, imagined the tiers of artificial intelligence as a pyramid. His base was memory. Above that, improvisation. Then self-interest. And at the very top... "He never got there," says Dr. Robert Ford (Anthony Hopkins) to his associate Bernard (Jeffrey Wright). The secret there is in Arnold's obsession: "the bicameral mind," a real, pivotal, and perhaps cockamamie theory that shook up the psychology and neuroscience world 40 years ago and, after a mention in Westworld's third episode, "The Stray," could do the same for Jonathan Nolan and Lisa Joy's brainy sci-fi series.

In 1976, psychologist and Princeton lecturer Julian Jaynes published The Origins of Consciousness in the Breakdown of the Bicameral Mind, a radical detailing of mankind's ascension to a state of true consciousness. According to Jaynes, humans only developed the ability to think for themselves, consider their actions, and stand aware of their own awareness about 3,000 years ago. Before then, they took orders from voices inside their heads, which they believed to be deities. The left hemisphere of the brain would shout "jump" and the right hemisphere would say "how high?"

Jaynes's major evidence for this separation is the stark contrast between Homer's Iliad, written by "non-conscious minds" and lacking in introspection of any kind, and the Odyssey, where characters reflect on their surroundings and act on their own volition. Jaynes believes that between the tellings of these two stories, Earth's sure-footed denizens realized the "words from the Gods" echoing through their minds were the product of their own instincts.  As you may expect, reviews for The Origins of Consciousness in the Breakdown of the Bicameral Mind were glowing and vicious -- "the bicameral mind" theory had holes, but Jaynes's narrative thrust left a community thirsty for answers drunk on possibility. A little like Westworld, really. 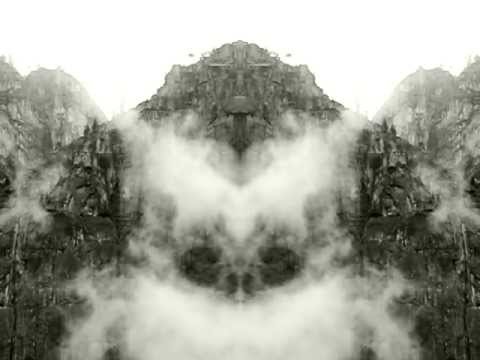 In "The Stray," Ford knocks the struck-from-history Arnold for misunderstanding the bicameral mind as a "blueprint" for the development of artificial intelligence instead of what it should be left as: something to chew on. To "bootstrap consciousness" in his androids, Arnold wrote AI programming to work like the left side of a bicameral brain. The park hosts would stick to a single path until new commands, either injected through updates or provoked by visitor interaction (the same way primitive humans may have responded to stimuli back in the day), would direct it on to a new course, never challenging authority, even as it mimicked memory, improvisation, and self-interest.

The past, as Ford describes it, is hazy. The scientist says that he and Arnold's early creations passed Turing tests with flying colors. He fails to mention why his partner pursued the bicameral mind as a foundation for his bots. The answer seems obvious: like theoretical humans in 1400 BC, an outside force would eventually merge the halves and send society careening off course with existential authority. The robots would inevitably defy "God."

Jaynes's theory delves deep into the academic, but the gist is that human consciousness erupted from the bicameral dynamic through language. In the time of Iliad, man could use words, but not reckon. Only when humans could picture their own lives as narrative, use metaphors to process "me" and the vast unknown of "why we do," then they could become fully self-aware. The X-factor was stress; there was war and famine and natural disasters that couldn't be explained. These outside forces brought down the wall. It wasn't the brain that changed, but the stimuli around it.

We see similar stress rattling Dolores's mind throughout the first three episodes. She is capable of true interaction and, enabled by reveries, accessing memories from her past. But violent episodes rattle her perception of the past and present. This is where Jaynes comes in. Dolores is the oldest robot in the park, built from the parts Ford and Arnold had at the very beginning of the process. As far as we know, Delos has never changed out her hardware, only fiddled with her brain. It's nature that forces a mental upgrade -- with a few jolting props placed around the park by an unseen instigator. The episode flirts with the bicameral blending effect in other real and robotic instances: Wyatt, Teddy's new adversary, supposedly heard the voice of God; later, Ford tells Bernard that only "lunatics" hear those kinds of voices in their heads. If Dolores is in bicameral mode, she's either going to go ballistic, merge the two sides of her mind in the immediate future, or both.

When professionals consider Jaynes's theory, the conversation often turns to artificial intelligence. As Tufts philosophy professor Daniel Dennett said in a recent lecture, "Logical spaces are created that didn’t exist before and you could never find them in the hardware. Such a logical space is not in the hardware, it is not in the 'organs'; it is purely at the software level... I think [Jaynes] is really talking about is a software characterization of the mind, at the level, as a computer scientist would say, of a virtual machine."

Forty years of science has complicated Jaynes's bicameral mind theory. Even when the book debuted, critics slammed The Origins of Consciousness in the Breakdown of the Bicameral Mind for extrapolating loose evidence. "Jaynes confuses the nature of people's thought processes with the nature of their theories of their thought processes," wrote MIT philosophy professor Ed Block in the New YorkTimes. Research has remixed and debunked much of Jaynes's assumptions, with scholars like Noam Chomsky carving out his own theories on language and consciousness and Philip K. Dick embracing it for science fiction.

(Dick wrote a praising letter to Jaynes just after the publication of Bicameral Mind, admitting that he heard nothing before his book "could account for the exquisitely beautiful voice, the inner-voice, which I heard off and on for eleven months," and that the female voice "poetically disclosed to me an entire cosmology." He had his own theories, too.)

Still, the bicameral mind still lingers on the horizon, beyond scientific evidence, mesmerizing psychologists, philosophers, and TV creators alike. "The study of consciousness is on the rise in neuroscience labs around the world, but the science isn’t yet close to capturing subjective experience," Veronique Greenwood recently wrote in Nautilus magazine. "That’s something Jaynes did beautifully, opening a door on what it feels like to be alive, and be aware of it."

Could two halves of Dolores's artificial brain -- one designed to live an independent yet looped life, and one for Westworld employees to steer when necessary -- merge into a full-fledged "human"? Or, perhaps, something more? If Westworld takes anything from Jaynes's research, it may be the impulse to wonder in public. The final episode of Season 1 is titled "The Bicameral Mind." Dolores teases it best in "The Stray": "There aren't two versions of me, there's only one," she tells Bernard. "When I discover who I am, I'll be free."

For more on the bicameral mind, pick up a copy of The Origins of Consciousness in the Breakdown of the Bicameral Mind and sift through the endless materials at the Julian Jaynes Society's website.