Who Plays Armistice, the 'Westworld' Badass With a Snake Tattoo?

This post contains spoilers through the second season of Westworld. Head to our show hub for more reviews, theories, and deep dives.

As the robo-revolt on HBO's Westworld continues, the hosts are becoming more and more unpredictable. None more so than Armistice, the mysterious outlaw whose allegiance to Hector Escaton has made her one of the park's most dangerous, and prolific, killers. When it comes to filling in the paint of her incomplete snake tattoo, only the blood of her enemies will do. But what happens when she counts robots and humans among her enemies?

More intriguing than the rifle-toting blonde is the woman playing her: Ingrid Bolsø Berdal, a rising talent Stateside moviegoers and HBO subscribers can expect to see more of. The actress first graced Westworld in the pilot, wreaking havoc in Sweetwater alongside Hector Escaton (Rodrigo Santoro), and then briefly in flashbacks to the park's early days. If her blood-soaked badassery has since made you say, "Whoa, who's that?" -- here's a cheat sheet. 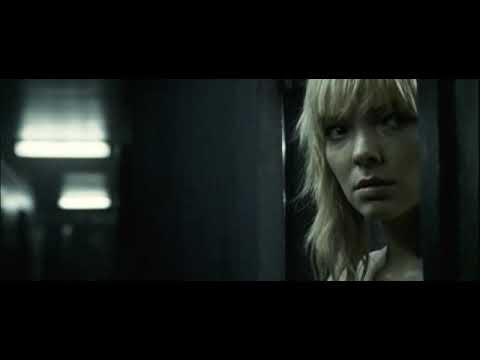 She broke out in Cold Prey

Bolsø Berdal hails from Norway, where she began her screen career with turns in Hans Petter Moland's Comrade Pedersen and Erik Richter Strand's Sons. She broke out in Roar Uthaug's slasher Cold Prey, starring as Jannicke, a crafty brunette with a knack for pickaxe-swinging. The movie was a hit in Bolsø Berdal's homeland, and her performance nabbed her the Amanda Award (excellence in Norwegian film) for best actress in 2007.

She hit the U.S. with Oren Peli's Chernobyl Diaries

Bolsø Berdal worked on more than a dozen other projects abroad -- namely Cold Prey 2, which earned her another Amanda acting nom, and Codename Hunter -- before making her big-screen debut in America. As the Chernobyl Diaries's Zoe, she played a free-spirited Norwegian backpacker (fitting!) who makes a bad decision by joining a group of ill-fated tourists on a trip to Pripyat, the Ukrainian ghost town that housed workers of the titular nuclear power plant. A lot of the movie's scares and dialogue were improvised, so as to elicit naturalistic reactions from the cast. Understandably, Bolsø Berdal called the experience "stressful." 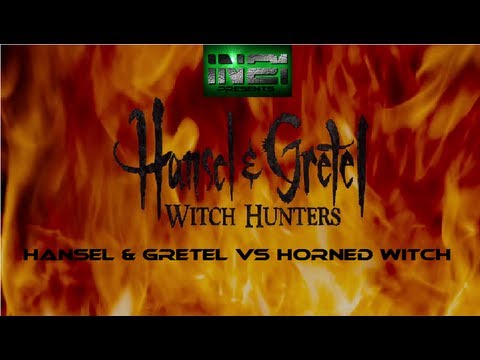 She (kinda) kicked butt as a witch

Bolsø Berdal's next U.S. gig came in the form of Hansel & Gretel: Witch Hunters, a revised version of the fairy tale helmed by her fellow countryman Tommy Wirkola. Under layers of makeup, the actress menaced the movie's heroes as the Horned Witch, a Hexadecimal-looking baddie who excels at hand-to-hand combat but sucks at flying brooms. Bolsø Berdal's bruising brawl with Jeremy Renner's Hansel and Gemma Arterton's Gretel, which you can watch above, is one of the flick's more satisfying highlights. 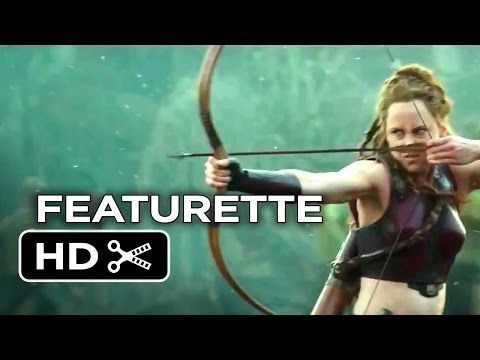 She kicked more butt with Dwayne Johnson in Hercules

Bolsø Berdal's biggest Hollywood movie to date put her onscreen with one of Hollywood's biggest stars as Atalanta, the huntress who fights alongside Dwayne Johnson's Hercules. The role required "a certain type of actress," Johnson said of Bolsø Berdal, calling her physical prep -- which included five weeks of archery and fight training -- "extraordinary." As Hercules' protector, Bolsø Berdal stood out as a war-ready arrow-slinger who was still in touch with her womanhood. "It was important to me that we created her as feminine as we could," she explained in an interview with MovieWeb. "We can be strong and feel good about ourselves and still do it in a feminine way." While the Brett Ratner project wasn't exactly a critical smash, it did tee up some great opportunities -- namely, a lead in Margarethe von Trotta's first English-language film, Forget About Nick, and, of course, a recurring role in HBO's Westworld. 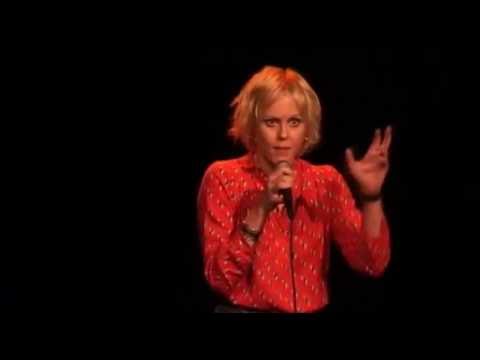 For one, she's a Hedda Award-winning stage actress. But she's also a musician! Bolsø Berdal studied jazz singing at the University of Trondheim, before switching to acting at the Oslo National Academy of Dramatic Arts, and she has a couple performances on her website to show for it. If you're one of those people who thinks there aren't enough jams about cacti in the world, good news: Bolsø Berdal wrote a funny one (above) about succulents -- and risks.

So what's her deal on Westworld?

When we last saw Armistice, in the Season 1 finale's post-credits scene, she was ripping her arm out of a jammed door and fending off a cadre of Delos security guards. Not much has changed since, it seems -- except her arm. She makes a fitting re-entrance in Season 2, Episode 3, wielding a flamethrower (which Hector affectionately calls a "dragon") and sending a puny Delos soldier to his fiery doom. Now reconnected with Maeve and Hector, along with Lee Sizemore and the lovable Sylvester and Lutz, her return to the show should have fans devising more theories about what happened to her between seasons.

How did she escape certain death? And how much has she changed since abandoning her narrative loop? Would she, like Maeve, still have a primal desire to hang onto her cornerstone memory (i.e., killing Wyatt and filling in the head of her tat)? Or, as her name implies, could she be the key to mitigating total disaster? (And no, you're not crazy for thinking those two options could overlap in the form of host civil war.) While her significance hasn't been cemented, one thing's clear: Bolsø Berdal remains one of the show's most lethal weapons.

Sean Fitz-Gerald is a staff writer at Thrillist Entertainment and hopes Westworld introduces a character with a red panda tattoo next. Why not? Find him on Twitter: @srkfitzgerald.