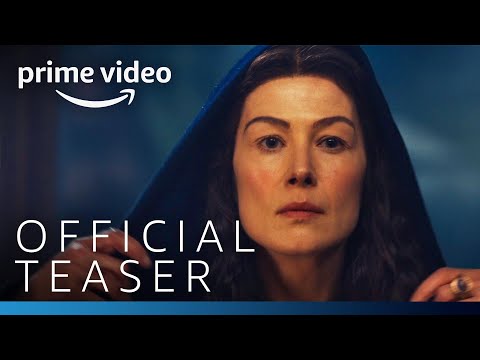 After Game of Thrones ended, every channel and streaming service went in search of the next great big fantasy adaptation to fill the void, and the trailer for the next one has just arrived. Amazon Prime's The Wheel of Time, based on Robert Jordan's nearly endless high fantasy book series, is coming to our television screens this November, and after months of filming updates, footage teases, and image releases, we finally have our first look at the series—and it looks great.

The Wheel of Time takes place in what is technically the future, but due to the cyclical nature of time in the series, looks a lot like Earth's distant past. It's during a time known as the "Third Age," roughly more than three millennia past a cataclysmic event known as "The Breaking of the World," which put an end to a technologically advanced era known as "The Age of Legends." It's all very A Canticle for Leibowitz, but in this universe, magic (controlled through an ability known as "channeling") is real and society looks like medieval Europe.

The first season of Amazon's adaptation is based on the first book in the series, The Eye of the World, which follows Moiraine Damodred (Rosamund Pike), a member of the Aes Sedai (an all-female magic organization), as she attempts to find the Dragon Reborn, a prophesied figure whose actions will eventually save or doom humanity. After arriving in the small town of Two Rivers, Moiraine is unable to ascertain which of three young men—Rand al'Thor, Mat Cauthon, and Perrin Aybara—is the one she's looking for. Accompanied by their friend Egwene al'Vere and wise-woman Nynaeve, the group sets off for the Aes Sedai city of Tar Valon, fighting off forces sent by the Dark One that are also in search of the Dragon Reborn.

It all sounds a little overwhelming, but you'll catch on. The first season of The Wheel of Time will premiere on Amazon Prime on November 19.

Emma Stefansky is a staff entertainment writer at Thrillist. Follow her on Twitter @stefabsky.
Thrillist TV
History of
The History of the McRib