Besides Douglas, who was unquestionably the charming face of '90s male paranoia, there's one more big name from the genre's heyday you need to know: Joe Eszterhas, an enormously successful Hollywood screenwriter who now looks like a very rich werewolf.

Here's a quick list of some of the movies Eszterhas wrote: the Glenn Close courtroom thriller Jagged Edge (1985), the leg-crossing bombshell Basic Instinct (1992), the less-beloved Sharon Stone vehicle Sliver (1993), the David Caruso in a "fuck house" experiment Jade (1995), and the camp classic Showgirls (1995). These movies vary wildly in tone, veering from genuinely intense to winking self-parody, but they're unified by violent plot twists, seedy sex scenes, and hilariously vulgar dialogue, like, "I do the fucking, I never get fucked!" and "Fucker! Fuck off!" They are glorious.

Of course, like any genre, there were various offshoots, ripoffs, and predecessors to the Douglas, Stone, and Eszterhas glory days. Noirs like Billy Wilder's Double Indemnity (1944) and Alfred Hitchcock's Vertigo (1958) offered genuine psychological tension without the nudity, but '80s films like Brian De Palma's Dressed to Kill (1980), Lawrence Kasdan's Body Heat (1981), and Paul Schrader's delightfully bonkers Cat People (1982) effectively set the stage for the sexy eruption of movies to come. Surprise: audiences liked watching attractive people take off their clothes and solve mysteries.

In the '90s, things got crazier than a party at David Caruso's fuck house. In the wake of Basic Instinct, we got less-well-known movies with vaguely sensual titles like Consenting Adults (1992), Body of Evidence (1993), and the Bruce Willis(!)-featuring Color of Night (1994). The late '90s saw the genre become more experimental and daring in the ways it portrayed sexuality on screen, with movies like the Wachowski siblings' Bound (1996), David Cronenberg's Crash (1996), and John McNaughton's softcore cable classic Wild Things (1998) finding new ways to provoke, confound, and, yes, titillate. At the time, it looked like the reign of the erotic thriller would last forever.

Where did these movies go?

It's hard to pinpoint exactly when the genre began its decline, but the downtick can likely be attributed to a few factors: the much-discussed decrease in the number of mid-budget Hollywood films, the shrinkage of the direct-to-video market, and the rise of readily available pornography via the internet. The last one feels especially relevant: why go out to the theater to see Sharon Stone and Michael Douglas in a sex scene when you can stream far more explicit sexual acts right from your laptop? The choice, for many, was obvious. 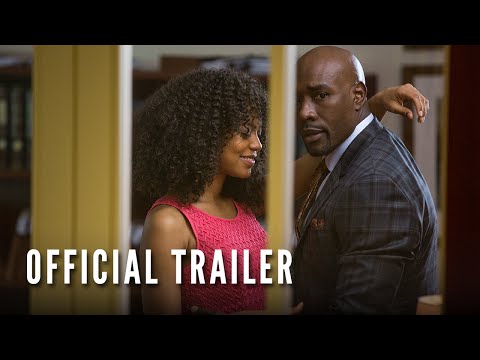 In addition to When the Bough Breaks, this fall will also bring us Oldboy director Park Chan-wook's The Handmaiden and the heavily anticipated adaptation of Girl on the Train, which has a very Gone Girl-goes-Fifty Shades trailer. At the very least, this fall looks sexier than anything in Batman v Superman.