Should You See 'X-Men: Apocalypse,' One of the Cartooniest Movies Ever Made?

Minor spoilers for X-Men: Apocalypse to follow. And catch up on our ongoing list of the Best Movies of 2016.

X-Men: Apocalypse is a comic-book movie, but has nothing to do with Batman v Superman: Dawn of Justice, which exists in the "DC Universe." The sequel is based on the popular Marvel Comics series, but it is not a "Marvel" movie like Captain America: Civil War. Marvel's parent company Disney owns those. X-Men lives with Deadpool and Fantastic Four at a different studio.

And if you already knew all that, you're forking over $14 for a ticket this weekend. We understand: you're hooked. No shame. If this whole superhero phenomenon is a little fuzzier to you, the buy-in for the series' eighth installment might be in question. Should you see another X-Men movie? We can help. Here's the lowdown on Apocalypse, a stylish sugar-bomb that throws caution, logic, and the leather budget and wring every bit of entertainment out of a threadbare franchise. 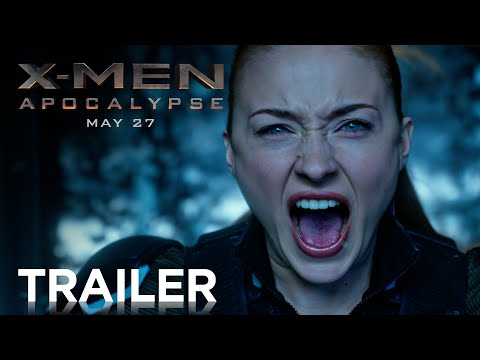 Are you nostalgic for the '90s X-Men cartoon?

Like that Saturday morning staple (duh nah NAH nuh NUH! duh nah NAH nuh NUH!), X-Men: Apocalypse is hurried, garish, and unconcerned with coherency. You know the players, you know the game: let's dive into the sandbox. Set in 1983 (with scrunchies, acid-wash jeans, and neon galore), the movie sees the rise of En Sabah Nur (Oscar Isaac), an ancient Egyptian mutant who considers himself the godly ruler of planet Earth. To make good on the Book of Revelation, Sabah Nur aka "Apocalypse" recruits Four Horsemen -- including Michael Fassbender's Magneto -- and pumps them full of performance-enhancing mojo. It's up to Professor X (James McAvoy), Mystique (Jennifer Lawrence), and young versions of the X-Men from the first movie to save the planet before you finish your bowl of Cap'n Crunch.

Like Singer's previous entries, Apocalypse spins 15 plates at once, harps on the thinly veiled mutant-equality debate, and pushes the superpower action as far as CGI can go. But if you're emotionally attached to the past, Apocalypse will aggravate: the movie glosses over the future determined by the original trilogy, disavows The Last Stand and X-Men: Origins, and plays fast and loose with a timeline established in the previous two movies. Screw logic! Apocalypse wants to cash in on recognizable characters and live in a 1980s bubble. Play along and you'll have a blast.

Do you believe Michael Fassbender is a dramatic Rumpelstiltskin who spins generic superhero-speak into gold?

Apocalypse will convince you. X-Men lucked out. Fassbender and Lawrence are Oscar-caliber actors who can command their own franchises. Rose Byrne and Oscar Isaac are rising stars in the same vein. James McAvoy could book a West End gig at the drop of a titfer. Together they form an all-star team treated like an intramural roster. Olivia Munn's biggest role to date is the fourth-billed co-star in Johnny Depp's recent bomb Mortdecai, but there she is in Apocalypse, fighting Beast with psi blades as Fassbender liquid dances the world's metal out of the Earth. Summoned by contractual obligation, seasoned stars are paired with newcomers like Tye Sheridan (Cyclops), Sophie Turner (Jean Grey), and Kodi Smit-McPhee (Nightcrawler), and everyone arrives with game faces on. Nothing helps the schmaltzy character arcs go down like one of McAvoy's rousing Professor X speeches.

Fassbender's the real MVP. When we pick back up with Magneto, he's settled down with a wife and daughter. The return of Apocalypse tarnishes his idyllic life, forcing him to resume his monstrous ways. Fassbender's man tears do as much heavy lifting as Magneto's telekinetic powers. The joke is a great actor could read the Yellow Pages and make it sound like Shakespeare. X-Men: Apocalypse's hammy script is our new example text.

Do you think turning Oscar Isaac into a wrinkled blueberry popsicle should be considered a war crime?

If you answered yes, doctors recommend a two-week break from your "Fuck Yeah Oscar Isaac" Tumblr.

Look, it's unfortunate that Poe Dameron's dashing mug is smothered in two tons of purple latex, but with shields up, Isaac has nothing to lose. His reverberating, overextended lines sound like Marlon Brando speaking through a Talkboy. Apocalypse's fighting is as rigid as a Happy Meal toy. It's all about audacity, go big or go home. In one tragic sequence, Apocalypse infiltrates Professor X's mind and launches hundreds of nuclear devices across the planet. Not only does Beethoven's "Symphony No.7" kick in, but the composer throws a chanting choir on top of it, just to match Isaac's grandiosity.

Did Indiana Jones and the Temple of Doom's heart-ripping scene make you squirm?

X-Men: Apocalypse is rated PG-13, which is short for "Pretty Gory!" repeated 13 times. Maybe Deadpool's hard-R success convinced studio chiefs to up this movie's bone-breaking, or Singer decided a destructive deity mad with superpowers wouldn't just stun his foes with a bonk to the head. Whatever the case, Apocalypse spills more blood than any previous installment. Take that as shock, not a knock; coming from the Evil Dead II excessive-violence-as-a-punchline school of comedy, Apocalypse scorching an army of Egyptians into a smoking pile of skeletons, then contorting the stragglers into human pretzels, made me chuckle. X-Men: Apocalypse is like the kid who runs into Cold Stone Creamery and isn't content until he's tried every flavor, and shovels them in his mouth with a knife.

Is Auschwitz a trigger for you?

Warning: Apocalypse dips back into Magneto's past as a child of the Holocaust -- meaning he was 14 in 1944, Fassbender's supposed to be 53 in... oh forget it -- and stages a particularly gaudy demonstration of the metal-manipulator's powers at the infamous concentration camp. With the purple people-eater Apocalypse standing by his side, the whole moment rides the bar of insensitivity like it's Steve-O.

Do you only entertain X-Men movies because of Hugh Jackman's Wolverine?

Then Days of Future Past spoiled you. Jackman factors into one of Apocalypse's more brutal action sequences in a glorified cameo -- and a retcon, at that. Jackman's made it clear that after next year's Wolverine 3, he's hanging up the claws. Apocalypse gives us another taste of the character alongside an ensemble, and passes the baton to the youngins. No spoilers, but the scene's a doozy.

Did you love that hyper-slo-mo Quicksilver scene from the last movie?

X-Men: Apocalypse tops it. I realize a refined moviegoer should reject the "special effect for special effect's sake" mode, but in a time when computer graphics are so elaborate and loud -- the billion whizzing cogs of a Michael Bay Transformer come to mind -- Singer dares to be beautiful and iconic. Like the last movie, Quicksilver's hyper-speed slows down reality to a glacial pace, allowing for a covert and cocky rescue. This time there's more bombast, more at stake, more playfulness, and more Eurythmics ("Sweet Dreams Are Made of These," to be exact). We'll leave it at that.

Will you care if it ends exactly like every other comic-book movie?

The movie ends on a sour note of CG chaos clouds and limp fistfights. There are minor highs -- wait until you see 20-foot-tall Apocalypse try to crush Professor X in a dream universe -- but the finale brings us down for a soft landing. Oh well. To put it in comic-book terms, this movie prioritizes its panels over the whole paperback -- a splash of teleportation-driven action here, a ridiculous Oscar Isaac line-reading there, and in between, connective tissue that you'll vaguely remember afterward. With silliness as its superpower, X-Men: Apocalypse defends the continued existence of superhero movies -- at least for one more season.

Matt Patches is Thrillist’s Entertainment editor. He previously wrote for Grantland, Esquire.com, Vulture, The Hollywood Reporter, and The Guardian. He identifies with Cyclops. Find him on Twitter: @misterpatches.