The indie movie stars Natalia Dyer from 'Stranger Things' and is worth a watch.

If you grew up in the early days of AOL and its instant messenger, there's something that feels particularly provocative about the letters "A/S/L." The AIM speak, meaning "age, sex, location" that's frequently asked by anonymous strangers when a new screen name entered a chatroom, ends up being the slang that turns an innocent online conversation to a sacrilege in Yes, God, Yes, the directorial debut from Obvious Child co-writer Karen Maine. It's what leads a high schooler named Alice (played by Stranger Things' Natalia Dyer) to have her first sexual awakening on AIM in the film set in the early '00s. If that didn't already feel shameful enough for the average suburban teenager, her experience is made all the more confusing by attending an ultra-conservative Catholic school that's convinced her she's already got a one-way ticket to Hell. 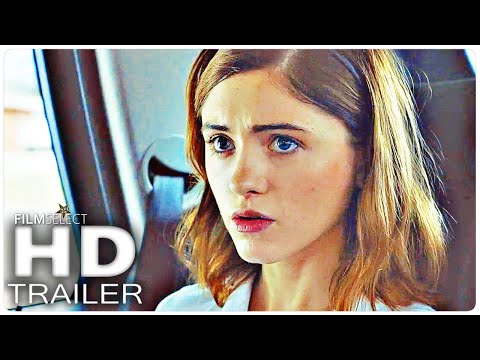 Yes, God, Yes, the feature adaptation of Maine's 2017 short of the same name, recently arrived on Netflix following a VOD release earlier this year, and since it was made available in late October, it's sustained popularity on the streaming service and held a spot on its Top 10 list. As a raunchy teen comedy that, all things considered, is a movie about a Catholic school girl who learns how to masturbate, it makes sense that the movie would seduce enough viewers to elevate the indie to becoming one of the most-watched titles on the streamer. It's by no means a typical high school sex movie, though. Yes, God, Yes is a charming coming-of-age story about feeling okay about feeling turned on, and how hellish it is to have to live in a reality that would make hormonal young people, especially young women, feel otherwise.

Save for a rewind of the sex scene in Titanic that her so-called best friend won't let go, Alice's baptism into the world of sex begins because of a rumor going around school that she "tossed" her classmate's "salad" at a party. (Check Urban Dictionary, should you need to.) Unaware of what the sex act even means, she turns to the all-knowing Internet to ask a stranger on AOL, and much to Alice's shock, the chat turns into consensual cyber sex. Embarrassed by this encounter, Alice signs up for a church retreat where she hopes holding hands in a circle and singing Peter Gabriel's "In Your Eyes" will do her some good and help her repent for her sins, or something. But instead, her newfound urges become unbearable there, and she fumbles her way through the weekend and her ungodly existence with her judgy classmates, teachers, and the Lord always watching.

Yes, God, Yes is rarely laugh-out-loud funny, but it's more so the combination of the film's smart condemnation of the self-righteousness and shame of the institutional sex negativity in Christianity and its period-piece quality that make it so charming. Resonant of 2003-set Lady Bird and the 2004 satire Saved!, it gently criticizes faith while revisiting a more naïve era of teenhood that feels bygone, now that these conversations are less stigmatized and teens don't have to secretly use dial-up internet to get their sex tips. Coming in at just over an hour and 15 minutes, it's basically the length of reciting the rosary, and worth the watch. It's a little Heaven-sent slice of comedy.