The 'Zozo' Demon's Bizarre Connections to Ouija, Led Zeppelin, and the Slender Man

Welcome to Urban Legends, a monthlong collection of articles dissecting persistent myths, unexplained phenomena, shared nightmares, and tales so bizarre they can't possibly be true... or can they? 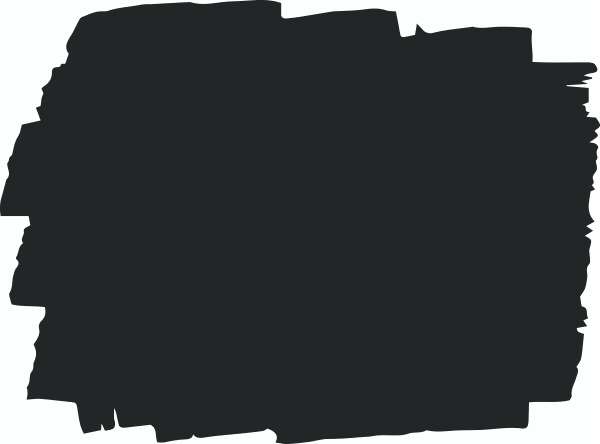 "This happens all the time," says Darren Evans, a bystander joining the paranormal investigating team of Travel Channel's Ghost Adventures. The target: Zozo, an ancient demon who makes his presence known by rapping on walls and moving objects, and might be doing so in the empty hallway upstairs.

Evans isn't rattled by the sound; he's used to his house making strange noises. For years, he claims that Zozo has stalked, harassed, and tormented his family. Evans even claims to have been possessed by Zozo, who is an ancient supernatural presence who has wormed his way through history, wreaking havoc on participants since the pre-Biblical days. Evans is a self-proclaimed "Zozologist," who regularly tells his stories at paranormal conventions, on supernatural-themed podcasts, and across 236 pages in a recent book. For this television appearance, he's leading a team into the darkness, into the unknown.

Zozo's origin story is riddled with supposition, fabrication, and a hive-mind belief system that keeps his power alive and thriving -- despite giant gaps in its history. But since 2009, Zozo has been a popular internet fixture, so notorious that he's inspired feature films, books, podcasts, and been the focus of entire episodes of both the aforementioned Ghost Adventures and SyFy's Paranormal Witness. A YouTube search of "Zozo demon" turns up more than 80,000 results, with videos ranging from emotional personal encounters to timeline histories to alleged, full-on possessions. Internet lore has one explanation for how it crept out of the shadows; facts tell us something very different.

The demon's story is intertwined with Darren Evans, a man whose stringent belief in the unseen -- and whose obsession with Led Zeppelin -- helped birth a modern urban legend that gains traction with each passing year, its foothold coagulating into an accepted, inescapable truth.

The Zozo demon (sometimes stylized as ZoZo or ZOZO) is a mysterious trickster entity known for stalking people through Ouija boards. Those who claim they've made contact with Zozo – who also goes by Zaza, Mama, Oz, Zo, Za, and Abacus – say he often shows himself by guiding the planchette into figure-8 formations, before frantically zooming back and forth between the "Z" and "O." His interactions start out friendly, but grow malicious; he's known for cursing at and threatening contactees, sometimes personally. While he's often wrangled by a Ouija board, some believe that saying his name out loud can also summon Zozo from the depths of hell.

Zozo believers claim the demon has ancient origins, either African or Sumerian, depending who you ask. While those claims can't be substantiated (they may be confusing Zozo for Pazuzu, a Mesopotamian wind demon who famously appeared in The Exorcist), a supernatural entity called "Zozo" was referenced in the 1818 French text Le Dictionnaire Infernal. The demonological encyclopedia, written by French author Jacques Auguste Simon Collin de Plancy, recounts the story of a young village girl who claimed she'd been possessed by three demons named Mimi, Zozo, and Crapoulet.

But according to the website The Paranormal Scholar, accurately translating the text of Le Dictionnaire Infernal shows that the girl's story was faked. "She rattled nonsense," de Plancy wrote, adding that the girl had been publicly beaten years before for faking possession, and was eventually imprisoned for her fibs. He goes on to describe what he believed to be genuine cases of demonic activity, ending the Zozo extract with the sentence: "Nonetheless, there are real cases of possession."

Zozo's first-known textual appearance was technically a non-appearance, but this hasn't stopped people from using Le Dictionnaire Infernal as "proof" of Zozo's existence. A number of websites and videos still cite it as fact, bolstering the belief that Zozo predates the event that seemingly willed him into existence.

A legend is born

In 2009, an Oklahoma man named Darren Evans recounting his experience with a demon named "ZOZO" on a website called True Ghost Tales. In the post, Evans admits to an adolescent fascination with the occult, citing many Ouija board incidents through the years. But Zozo, he said, was different. The entity consistently showed itself to Evans, "too many times to count," pretending to be a kind spirit before shifting into threatening language, including curses in what "looked like Latin or Hebrew."

"I was genuinely fascinated and startled by how many times 'ZOZO' showed up, even in many different states and many different Ouija boards," Evans wrote. He claimed that the demon also made threats against his toddler daughter, nearly drowning her in a bathtub and later infecting her with a mysterious illness. "We almost lost her, and that was when I began to suspect demonic attack."

Evans' post garnered a great deal of interest, with other readers alleging similar Ouija encounters with Zozo. He eventually set up a website to collect stories, which steadily gained popularity. A film production company called One World Studios took notice of Evans story, acquired the rights, and in 2012, released the independent feature I Am ZoZo, which featured a cameo appearance by Evans. A YouTube video promoting the film -- titled "Scariest Ouija Board Demon ZOZO Possessed Girl" -- went viral; it currently has more than 5 million views. The comments still debate its validity, despite a promoted link to rent I Am ZoZo below the video's description. "Oh my gosh, [you're] not meant to joke with this. She was laughing and insulting Zozo, so that's why this happened," one comments reads. "The thing was going around in a figure eight. That's bad," says another.

In 2014, Evans and his family appeared on an episode of the Travel Channel's Ghost Adventures. The show's paranormal team, led by host Zak Bagans, visited Evans' house in Oklahoma, which he claimed to be plagued by Zozo. During interviews, he added new details to his original story, including the temporary blinding of his daughter, which he blamed on the demon.

In 2016, Evans co-authored a book, The Zozo Phenomenon, with leading paranormal expert Rosemary Ellen Guiley. He once again added new details about his first encounter with Zozo, claiming that he came in contact with Zozo in 1982 after discovering a Ouija board in his then-girlfriend's basement. Engraved on the back? "ZOZO."

According to The Paranormal Scholar, earlier that year in a phone interview with a New Jersey newspaper, Evans told the same story about a mysterious Zozo-engraved Ouija board, only that time, he claimed "Zozo" was written on the front, "where 'Ouija' is normally written," not on the back. Both of these mentions were the first time in the seven years that Evans had been talking about Zozo that he mentioned an engraved board.

As if the cracks in Evans' story weren't enough, The Paranormal Scholar uncovered another fascinating revelation: the "Zozo" font on the cover of Evans's The Zozo Phenomenon appeared to be lifted from the "Zoso" symbol, an ancient glyph representing Saturn that was widely used by Led Zeppelin frontman Jimmy Page. Though Page has never revealed what Zoso means to him personally, it's possible that his being a Capricorn -- a sign ruled by Saturn -- has something to do with it.

Evans also happened to be an on-the-record mega-fan of Led Zeppelin, a band long been associated with Satanism and demonology. For a time, his Zozo website even linked directly to the official Zeppelin website and had a link to purchase Jimmy Page's autobiography.

Evans, for his part, has attempted to counter the claims that he fabricated his story. He claims the root word "Zo" -- appearing in both Zozo and Zoso -- has some sort of "magical power," which he believes explains its recurring nature. In a blog post from earlier this year, he posted more historical "proof" of Zozo's existence, once again citing Le Dictionnaire Infernal and a Nigerian paranormal website, Nairaland, where in 2005 a user named Makaveli wrote of a friend's encounter with a demon called "Zo-Zo." (Curiously, in the Nigerian languages Hausa and Igbo, "Zozo" translates to "come up.") He found mention of a demon named Zozo in a 1966 play by Jacques Audiberti, and in an 1876 issue of the Catholic Review, where Saint Bernardino of Siena mentions a "Mass of Zozo," some sort of Satanic ritual.

There's little consistency between Evans's personal accounts and his sourced material that relates any one Zozo to the other. Furthermore, none of these instances explain why, before Evans' 2009 True Ghost Tales post, "Zozo demon" yielded next to zero results in Google's search function. If Zozo encounters are such a shared experience, no one felt comfortable enough sharing their own run-ins until Evans came forward with his viral anecdote.

Even with such traceable and flimsy origins, Zozo lives on in the collective subconscious, seemingly unstoppable. Like Slender Man and other Creepypasta concoctions, his mythology is so entrenched in the niche corners of the web that you'd be hard-pressed to convince believers in his non-existence. From Reddit to YouTube vlogs to message boards, many people remain utterly convinced that they've had Ouija board run-ins with Zozo.

In the 1970s, scientists attempted this on a large scale with a project known as the "Philip experiment." Hoping to manifest a nonexistent "ghost" through fear responses, the scientists created a fictional character named Philip and held a séance with a test group. After feeding the group Philip's story, they tried to conjure his spirit. The experiment was successful: through sheer force of belief, the participants felt the table vibrate, heard rapping sounds, and said they sensed a presence.

Zozo could be like Philip, a presence people decided to believe in and have now willed into existence. It's strikingly similar to Slender Man, who, despite being wholly and obviously fictional, inspired two Wisconsin schoolgirls to stab their friend, hoping to sacrifice her to the figure they were convinced was real.

Perhaps Zozo is real, and Darren Evans is merely the conduit through which we were introduced to him. In lore, demons are known to disappear for long stretches; it's possible his 2009 emergence was by some hellish design, and he's here to prey on the specific fears of a new generation, one who can spread his word through the viral capillaries of the internet, where any unsuspecting soul might stumble on his wrath.


Lindsey Romain is a writer and editor living in Chicago. She covers politics for Teen Vogue and has also appeared in Vulture, Birth.Movies.Death, and more. Follow her on Twitter @lindseyromain.