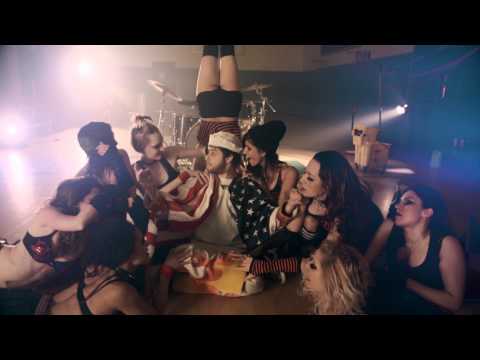 Local legendary hilarious metal-disco cover band Tragedy just took over a Manhattan middle school to shoot a video for a very, very different take on Olivia Newton-John and John Travolta's Grease duet "You're The One That I Want," one of 18 songs on a new album that includes riotous takes on everything from Toto's "Africa" to Neil Diamond's "Sweet Caroline." Originally an all-metal tribute to the Bee Gees, the group now bills itself as an all-metal tribute to the Bee Gees and beyond, which has opened up a lot of new material since apparently the Bee Gees didn't write every song from 1976-1983.