If you're not already watching Netflix's hilarious new comedy set in NYC, "Unbreakable Kimmy Schmidt," you should really start, like right now. If you've already binge-watched the whole first season since its debut last weekend and the song isn't already stuck in your head, it's about to be thanks to a full version of the song that includes lyrics!

Show creators Tina Fey and Robert Carlock turned to The Gregory Brothers -- remember the "Bed Intruder Song" and "Can't Hug Every Cat"? -- to help make the song, in the style of a song-ified viral news broadcast that sets up the story for the series about a 29-year-old Kimmy Schmidt (Ellie Kemper), who sets off to make it on her own in NYC after being rescued from a doomsday cult's underground bunker. The fictional news report shows Walter Bankston, a resident near the bunker, explaining how Kimmy and three other women were saved and it's pretty hilarious: 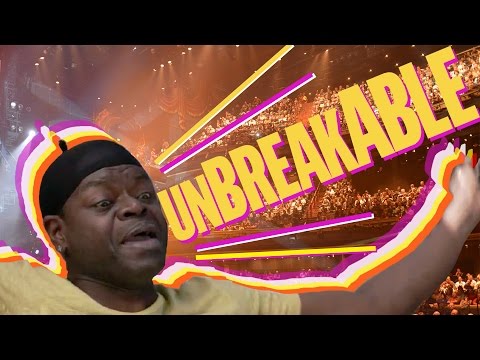 Tony Merevick is Cities News Editor at Thrillist and Pinot Noooooiiirrrr! Send news tips to him at tony@thrillist.com and follow him on Twitter @tonymerevick.