It should go without saying that Philadelphia is one of the most exciting cities for underground music, especially in the guitar-rock realm of independent art. Red Bull Music Academy dubbed our town the new Rock City USA. Last summer, the quick-to-the-draw music pub Stereogum profiled Philly as Rock’s First City, highlighting nationally touring bands like Cayetana and Beach Slang. This year only confirms what they (and we) know to be true. Some of the best albums were made by Philadelphia residents, so we compiled them here for our own year-end list. Spanning genre, generation, and gender, here are the 20 best releases our City of Brotherly Love put out in 2016:

Old Maybe’s Oblio is probably the strangest release on this list, which makes it a good place to start. The band exists in a space of discordant, disorganized structure -- the guitar parts are complicated and unexpected, the songs take on multiple lives within themselves, building up to be broken down to be rebuilt again.

Most people will call Backslider powerviolence or grindcore, and we’d argue that they’re only scratching the surface. The band’s first full-length, the aptly-titled Motherfucker, explores all of the “-core” sub-groups while maintaining an easily recognizable hard rock structure. If brutal music isn’t your bag, you might find this to be the gateway into all things doom and dark.

Not so much a full-length as it is a four-track tape, The Guests’ Red Scare ’16 brings a certain ‘80s post-punk jangle to the modern era. At times, their songs feel similar to something found on a Messthetics compilation: dark and low vocals, atypical harmonies. For fans of Creation Records and their ilk. 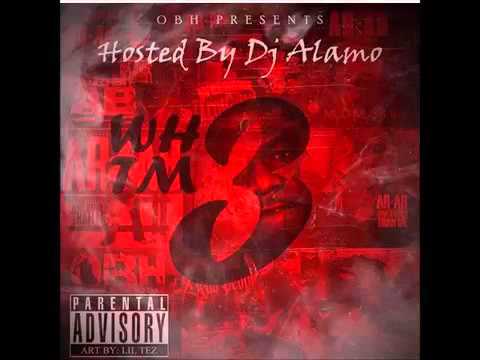 Rapper AR-Ab, born Abdul Ibrahim West, has been putting out mixtapes consistently since 2008. In that time, he’s created a large underground following, culminating this year when Birdman found him and signed him to Cash Money Records. Before his inevitable explosion, check out his 2016 mixtape Who Harder Than Me 3.

The title doesn’t leave much up to the imagination -- this is a three-song record that somehow manages to both delight and satiate. Taiwan Housing Project, made up of Kilynn Lunsford (Little Claw, Tyvek) and Mark Feehan (Harry Pussy, Trash Monkeys) craft dense, experimental lo-fi noise, similar to that of the band members' other interests. It’s hard to define -- this is the kind of music that birthed the genre title “art punk” and the very same that rallies against it.

Pinkwash is the punk project of duo Ashley Arnwine and Joey Doubek, a cacophonous group of large magnitude. For just two people, they create more noise than bands with many more members on Collective Sigh. This is music about grief and agenda, about love and loss.

There are two elements that make a RJD2 song: fracturing from the inside out, and a penchant for deceptively soulful sounds. At his best, RJD2 (born RJ Krohn) finds music in pieces and places them together to build unexpected patterns -- it’s hard to tell what kind of electronic music to compare Dame Fortune to, and that might be because the producer is living in some far off future.

Lushlife’s Ritualize boasts a really impressive list of collaborators: Killer Mike, Ariel Pink, Marissa Nadler, Freeway, I Break Horses, RJD2, Deniro Farrar -- and that’s just a few of them. What makes the record, and rapper/producer Lushlife’s (Raj Haldar) music so dynamic isn’t the list of buds, but how they’re instituted -- Ritualize is a genre-bending and melding collection of eclectic sonic landscapes.

On “Jackson Browne,” Hello Shark’s Lincoln Halloran sings, “Baby, I’m delicate / I don’t wanna quit,” encapsulating the overarching feel of his debut LP. It’s somber and very much fragile -- the kind of soft songs that evoke a certain emotion in as much as they require the listener to be open to them. This is a diary of music.

11. Swanning – Drawing Down the Moon

Swanning is the project of Cynthia Ann Schemmer who plays in another Philadelphia indie rock staple, Radiator Hospital. Swanning is Schemmer’s project and hers alone, Drawing Down the Moon a short and sweeping release documenting the grief she felt losing her mother -- whose voice can be heard at the top of the record. There are moments of real hopelessness here, but mostly filled with beauty. 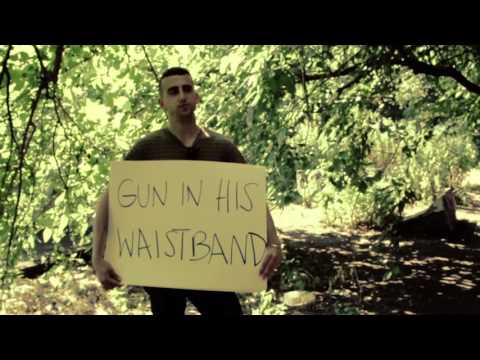 Most will refer to Cymbals Eat Guitars as a New York band (the dudes originally hail from Staten Island), but after a recent relocation to Philadelphia, we can call them our own, right? Right. Pretty Years is the band’s fourth full-length, one that departs from their straightforward indie rock days and opts for something with bigger hooks… and horns! 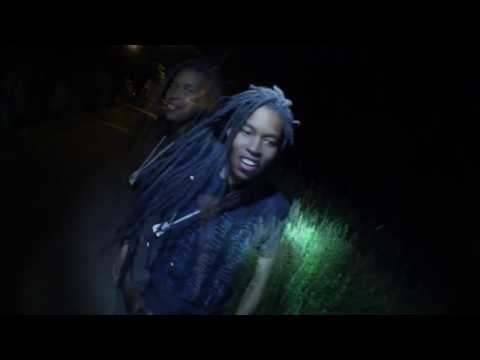 Moor Mother’s Fetish Bones does what the best political protest music should aspire to do: tackle fear by refusing to let the listener forget about injustice. On “Deadbeat Protest,” Camae Ayewa sings: “Trying to save my black life by fetishizing my dead life / Fuck, get away from me / You can see my dead body at the protest,” critiquing the manner in which corporate media proliferates images of Black deaths at the hands of police, essentially desensitizing some from the images, normalizing them. The record lives somewhere between noise and hip-hop, and the result is something unlike anything else. 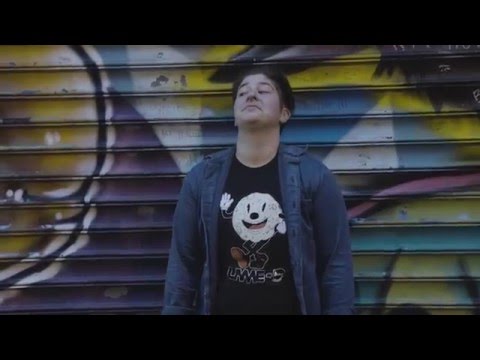 If Thin Lips don’t enjoy massive success very soon, they will be canonized by some more appreciative future generation. Riff Hard, at moments, recalls the earliest days of Swearin’: power pop-punk with masterful melody. Even when this album is self-defeating, it does so with a certain self-confidence that’s unique to TL (or well-adjusted people in general?). 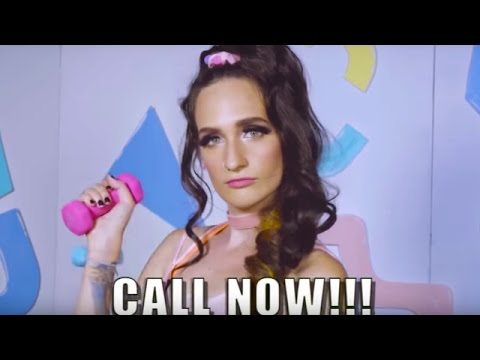 Sad13, the solo project of Speedy Ortiz’s frontwoman Sadie Dupuis, acts in the opposition to the auteur's other work on the same spectrum: on the last SO record, Foil Deer, Dupuis wrote about strength in overcoming an abusive relationship. Sad13 tends to reflect on pain -- in the most danceable manner -- while finding real resonance in the lead single, “Get a Yes,” where Dupuis outlines the necessity of consent.

Long before this election happened, Dark Blue, masterminded by John Sharkey lll, was writing breakup songs about America. Start of the World is the sum of his frustrations, realized in the single “I Never Wanted to Hurt You.” If you’ve ever felt alone in your ideologies, or better yet, ignored by your government, Sharkey understands. 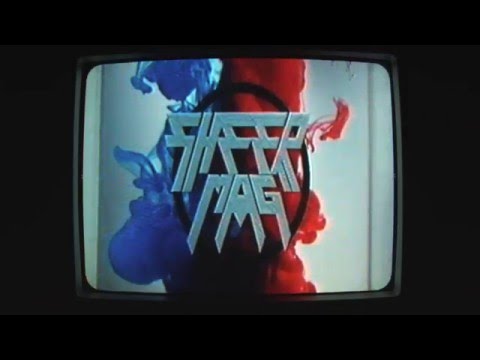 For a while there, you couldn’t read a review of Sheer Mag that didn’t include a reference to Thin Lizzy. While any blind comparison is, by definition, limiting, the band’s latest 7” (We realize it’s not a full-length -- sorry, but it rocks.) has something that TL would approve of: its riffs. In 13 minutes, the Philly band, who also made their Late Nite debut this year, delight with something both classic rock and punk rock fans can agree on -- and, of course, those in between. 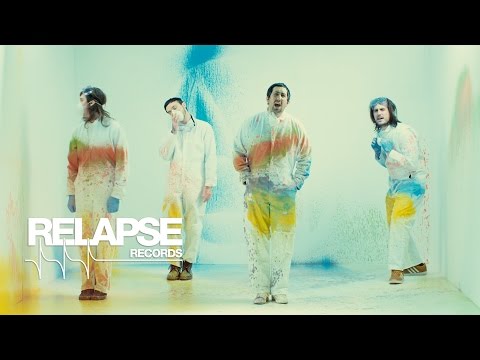 4. Nothing – Tired of Tomorrow

On Tired of Tomorrow, Nothing manage to make aggressive, heavy music delicate. When they institute haze, it’s gentle, a shoegaze dressing on songs with real punk structure. On this album, too, the band plays with their unending love and appreciation for Nirvana without being derivative: it’s the sound of a band exploring all of their favorite music, all at once, resulting in an intimately beautiful cornucopia instead of cacophony.

It would be interesting to know what exactly Mannequin Pussy consider “romantic.” Their sophomore LP certainly questions the word’s origins and its internal sentiment (on “Emotional High”) and the exhaustion that can come from it (on the title track, “Romantic.”) There isn’t a dull moment on Romantic -- it moves from ferociously fast hardcore to tactful indiepop -- making it one of the year’s best. 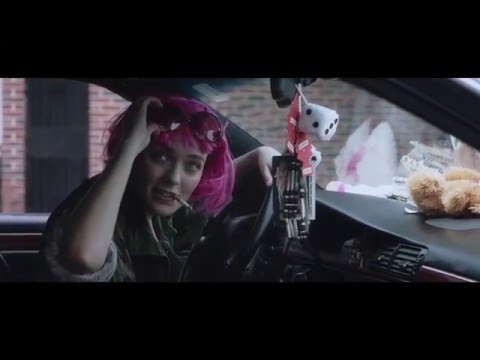 It’s nearly impossible to discuss Modern Baseball without examining the extracurricular: Holy Ghost, their third and by-far best record to date, is one of grief and alienation, of losing a loved one, and losing yourself, presented in such a fashion it’s impossible not to feel optimistic. It’s no emo album-as-cautionary tale, but the kind of record that lessens anxiety and loneliness. In the first half of the LP, co-frontman Jake Ewald encapsulates the whole of Holy Ghost with “I want to make something good / I want to make something better / Something that cannot leave the ground / Unless we lift it up together” -- truly a message we can all aspire to realization.

Before she was Japanese Breakfast, Michelle Zauner fronted the beloved Philadelphia band Little Big League. Their successes were largely collaborative, guitar-forward, and within a certain scene; on Psychopomp, her tale of individual growth and grief told in washy pop tales eclipses all that. The album largely deals with the recent passing of her mother -- moving back home to help her, facing mortality, reeling in the sweet moments of familial embarrassment and how, in times of loss, we’d do anything to have them back. On Psychopomp, Zauner questions faith while finding her own. She writes songs from such dark places that she had no choice but to find a gleaming light. Sonically, the album extends from simple lo-fi effectuation to shoegaze soundscapes, the kind that surround like a hug. This album is surely one of the best of the year, but will prove to be inspiring to those who need it long after 2016 ends.

Sign up here for our daily Philly email and be the first to get all the food/drink/fun in town.