8 Actually Fun Things to Do in Houston This Weekend 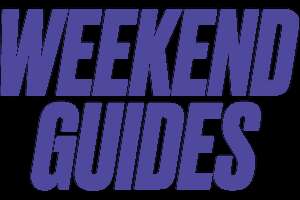 Houston Restaurant Weeks is finally here, y’all. This Sunday, the month-plus-long charitable effort kicks off, on a mission to feed you and those in need as restaurants offer prix-fixe menus benefitting the Houston Food Bank (the citywide effort has raised a whopping $16.6 million over the years). You’ll want to get on those reservations stat, then clear your schedule for all the other awesome things going down in H-town this weekend.

Friday, July 30
Upper Kirby
Bocce and bowling hangout Pinstripes is throwing a good old-fashioned summer BBQ, featuring Karbach suds to pair with an all-you-can-eat-and-drink, picnic-style feast—think fall-off-the-bone ribs, pesto-smothered chicken, gooey mac’ and cheese, and sweet treats from fresh watermelon to triple chocolate brownies. After you’re done stuffing your face, make sure to hit the courts or the lanes for an invigorating round or two.
Cost: Tickets run $40 per person

Friday, July 30 - Sunday, August 1
Houston
Swimming and gymnastics finals, baseball’s opening round, and men’s and women’s soccer quarter finals are just some of the events headlining this weekend’s Tokyo Olympics roundup. Watch ‘em with a drink in hand (because you can do medal-worthy things, too) at some of Houston’s finest watering holes and gastropubs. Our “Where to Watch” list includes a Texas-sized soccer bar and beer garden, fun-loving craft beer bar where you can pair crispy pig ears with a hoppy IPA, a fan-covered patio where the Ranch Waters run deep, and so much more.
Cost: Cover charges and food and drink prices vary

Saturday, July 31
Southbelt/Ellington
The Lone Star Flight Museum is opening up its historic hangar for the 4th annual Hangar Bash, mixing beer, planes, and BBQ. This year, the event is going full-on honky-tonk, with live jams from The Honky-Tonk Revivalists, smoked meats and sides from Lone Star Cowboy Cookers, and flowing ice cold booze. There will also be plane tours, festival eats, carnival-themed games, an after-party and DJ, and a silent auction to support the museum and STEM learning center. The event kicks off at 4 pm, and the after party runs from 8 pm to 10 pm.
Cost: GA tickets start at $55 per person (discounts available for members and designated drivers)

Fill up on Japanese soul food

Saturday, July 31 - Sunday, August 1
Asiatown
The inaugural Otaku Food Festival is bringing a hearty dose of Japanese street eats to Houston’s Vietnamese Community Center. The free event will showcase a variety of vendors at its Japanese-style night market (open until 10 pm), plus cosplay contests, a parade, and an Itasha car show over two nights.
Cost: No cover; food and drink prices vary

Sunday, August 1
Heights
Named one of Houston’s best barbecue joints by the pitmasters themselves, Khoi Barbecue will be popping up at Tenfold Coffee this Sunday, offering its crushable Viet-Tex barbecue for your walk-up and pre-order pleasure. Specials include fish sauce-caramel beef cheeks, brisket pho, and chicken rice with yuzukoshō.
Cost: No cover; menu prices vary

Sunday, August 1
Midtown
...and enjoy some adult beverages while you do so. Axelrad Beer Garden will be pouring Eureka Heights brew specials as you pour your own customized creation. Choose your colors, add some flair with gold and silver foils, and see exactly how many beers you need to drink before your inner artist truly emerges.
Cost: Tickets run $40 per person

Sunday, August 1
Upper Kirby/Rice Village/West University
Blues and zydeco bar The Big Easy is reopening its doors after a particularly rough year. Head to this Sunday’s Big Easy Revival & Fundraiser event to catch a heavy-hitting roster of artists, from The Big Easy House Band and Eugene "Hideaway" Bridges to Bluestown Shakedown and the TRZ Band. There will also be a silent auction featuring plenty of music memorabilia, artwork, concert tickets, and more.
Cost: No cover; menu and auction prices vary and donations are encouraged

Start Houston Restaurant Weeks off with a bang

Brooke Viggiano is a Houston-based writer who suddenly has a ton of weekend plans. Follow her journeys on IG @brookiefafa or on Twitter @brookeviggiano.