9 Actually Fun Things to Do This Weekend in LA

Vegan food fests, horror flicks, and so many great openings. 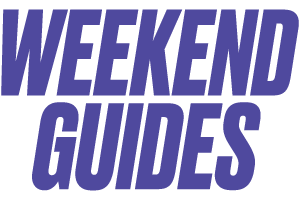 As we head deeper into bonafide sweater weather in LA, it’s understandable that your apartment is now inexplicably filled with pumpkins, cinnamon brooms, scented pinecones, and maybe even a Halloween wreath. While most Halloween events were canceled or converted to a drive-thru format last year, we couldn’t be more thrilled that most of our favorites have returned, with many of them even bigger and better than they were before. So try to sneak away from your pumpkin spice-scented palace this weekend to take part in everything our city has to offer, including a fried chicken fest from Smorgasburg, a vegan fest at LA Historic Park, plus a slew of classic horror movie screenings and restaurant openings. Be sure to double-check COVID-19 protocols and vaccination status requirements for all events you plan to hit up and stay safe out there.

Saturday, October 23
Santa Anita Park (Arcadia)
Smorgasburg is back at Santa Anita Park for a themed fried chicken pop-up with vendors like BOLO, Two Wings, Hanchic, and Picnic Sandwich. Craft beer and a full bar will also be available as you watch the horses race by. Spring for VIP tickets and get a reserved table, fried chicken, craft beer, and track admission with a betting voucher and tip sheet.
Cost: $36-$46

Saturday, October 23
Los Angeles State Historic Park (Chinatown)
Vegandale started in Toronto as a hub for people living a cruelty-free lifestyle, and now they're hitting the road with the Vegandale Festival. The fest features more than 100 vendors, 40 of them from out-of-town, including Kale My Name from Illinois, Snackrilege from Oregon, and Rio Good from Texas.
Cost: $7-$30

See horror classics on the big screen at The Academy Museum

Saturday, October 23-Sunday, October 31
The Academy Museum of Motion Pictures (Miracle Mile)
The new Academy Museum of Motion Pictures is hosting an Oscar Frights film series through the end of the month with screenings of Get Out, Psycho, Pan’s Labyrinth, and more fan favorites. This weekend you can catch The Fly remake at 9:30 pm on Saturday and Bram Stoker’s Dracula on Sunday at 9:30 pm in the new 1,000-seat David Geffen Theater.
Cost: $5 for students; $7 for seniors; $10 GA.

Party in your Lederhosen at Long Beach Oktoberfest

Have yourself an afternoon of ceviche and Jarritos at Todo Bien

Friday, October 22- Sunday October 24
Todo Bien (Hollywood)
A heritage-driven Mexican street food concept with Southern California roots, Todo Bien has opened its first brick and mortar on the corner of La Brea and Sunset. Todo Bien’s menu focuses on Tijuana-style birria, complemented by traditional sides such as elote and consomme, along with vegetarian options like a cauliflower taco. If you’re craving seafood and want to feed the entire fam, make sure you stop by on Sunday, the only day their four-person, 32-ounce aguachile and ceviche kit is available.
Cost: Varies

Friday, October 22- Saturday October 23
YouTube Theater (Inglewood)
Indie-folk mainstays Bon Iver are returning to the stage with two shows at the new YouTube Theater in Inglewood. The special, immersive-sounding show incorporates L-ISA technology via L-Acoustics who have outfitted the theater and will amplify hits like “Skinny Love” and “Flume.”
Cost: $70 – $250.