While closing in on 60 years is hardly a victory for most people, it certainly is for Jackie, a man who drives his body harder than an Avis rental car with $3 insurance. He’s appeared in over 150 films since the 1960s, choreographed and performed his own stunts, stormed Hollywood, and taken more damage points than any other actor in history. To celebrate one of the greatest action heroes of all time, here’s 16 things you probably didn’t know about Jackie Chan. 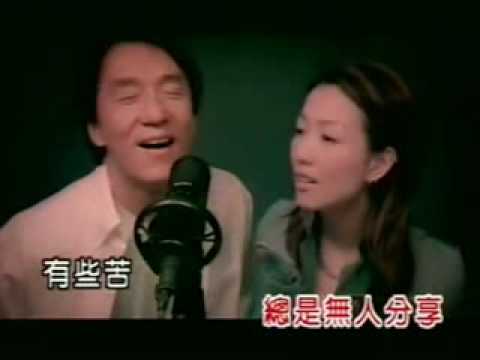 1. He is a trained opera singer and Cantopop/Mandopop star.
Yes, he has another set of pipes. Unlike other actor/singers, Jackie studied at an opera academy when he was little and learned singing alongside his kung fu lessons. He has released 11 studio albums, nine compilation albums, received Japan’s Best Foreign Singer Award, and sang a song at the 2008 Beijing Olympics closing ceremony.

2. He did a comedic adult film in 1975.
It was called All in the Family, and also starred Hong Kong martial artist Sammo Hung. "I had to do anything I could to make a living 31 years ago, but I don't think it's a big deal, even Marlon Brando used to be exposed in his movies," he told the Information Times in 2006. No judgement here.

3. It took him 34 years to do his next sex scene.
He’s the Terrence Malick of doing nude scenes.

4. He refuses to play villains.
Just like Chuck Norris.

5. He was a stuntman in Bruce Lee’s Fists of Fury and Enter the Dragon.
Billed as Chan Yuen Lung, Jackie and a few of his China Drama Academy classmates (including Sammo Hung) known as the “Seven Little Fortunes” frequently used their acrobatic and acting chops as extras for movie studios.

6. Jackie was not the best martial arts or drama pupil.
According to his sifu (master), Yu Jim-Yuen, Jackie was “not one of the best, but the naughtiest, yes.” In 1988, the movie Painted Faces came out, detailing the story of the Seven Little Fortunes and their strict master.

7. Jackie Chan’s stage name was “Become the Dragon” for a while.
Willie Chan (no relation?), a Hong Kong producer, liked Chan’s stunt work and recruited him as an actor. Trying to model him after Bruce Lee, he briefly took that stage name, until everyone realized he was nothing like Bruce Lee.

8. Jackie Chan invented the comedic kung fu genre.
His former teacher sure saw that coming. After failing to force the super serious Bruce Lee-persona, he had a breakthrough with the comedic Snake in the Eagle’s Shadow, a film he made when he was allowed complete control of his stunts.

9. He has been blackmailed by the Triads.
In 1983 he broke contract during the filming of Fearless Hyena Part II and director Lo Wei used extraordinary means to try to keep him in line. However, the matter was resolved peacefully. The movie was terrible — they finished filming with doubles — and Jackie tried unsuccessfully to block its release. 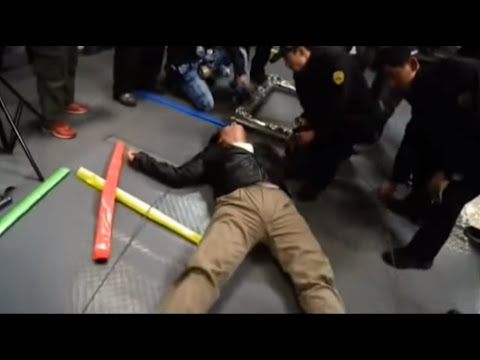 10. He really does all of his own stunts.
And they have cost him. While he was shooting The Accidental Spy, his tailbone was hit so hard that it caused temporary partial paralysis. And that’s only the tip of the iceberg. (Note: Jackie sings the song in the video above.)

11. Not surprisingly, that makes it extremely difficult for him to get insured in the U.S.
This map explains why.

12. The closest he has come to death was from a pretty mundane stunt, jumping onto a tree.
“I fell past the tree and hit the rocky ground head first. A piece of my skull cracked and shot up into my brain, and blood poured from my ears. The production team quickly got on the phones to try to find the nearest hospital that could do emergency brain surgery, and eight hours later, I was going under the knife. The operation was successful, and I recovered quickly — even though there's a permanent hole in my head now, with a plastic plug there to keep my brains in.”

13. He has the unofficial record for most takes for a shot.
While filming Dragon Lord, it took him over 2,900 takes to get a shot for a scene involving Jianzi, a game of shuttlecock soccer. But he got it in the end. (Skip ahead to 3:03 to see part of the scene.)

15. Jackie’s blooper reels have another purpose besides humor.
He says they’re an implicit “do not try this at home message to kids.” 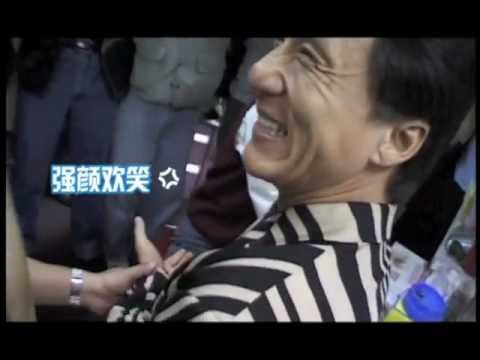 16. Only two things scare him.
Needles and public speaking. Imagine that.