Bike locks are like rockstars: they live fast, die young, and there's always someone out to get them. Designing a product to survive an incessant barrage of grinders, saws, jacks, and bolt-cutters is a challenge, one that Germany’s ABUS—inventors of the U-Lock—has mastered since its founding in 1924. With people (criminals!) constantly drumming up new ways to get locks open, ABUS has to keep its lock designs just as creative.

So we took a peek into the ABUS facility to see what makes these locks the gold standard. The rigorous testing, the impressive precision...it all amounts to a product you need if you take cycling seriously.

Designed, Manufactured, and Hand Tested In Germany
ABUS controls every aspect of production—it builds the machines that produce the locks, as well as the quality control machines that test them. At its facility in Rehe, Germany, the locks are human-tested. No, they're not tested on humans, but to see whether humans (would-be criminals!) are able to break through. It's like employing Frank Abagnale to test mail and bank fraud.

It also has people (not would-be criminals!) test out the keys, to make sure they turn smoothly. It takes precision and near-perfect motor skills to assemble the fine-tuned parts like the lock and key cylinder; keys function based on differences smaller than a millimeter.

Many of the people who test the product before it ships have been there for over 30 years. This is part of the reason why ABUS locks almost never stick. 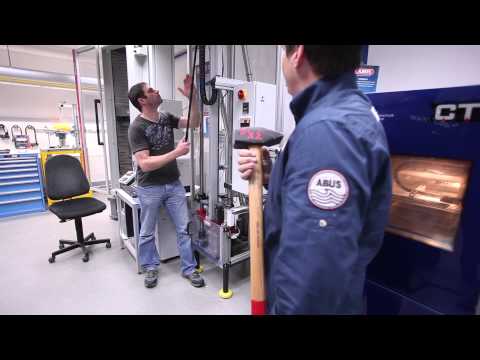 Freezing and Smashing
A lock user's experience is important, but the main point is how well it protects our expensive bicycle. A common tactic used by thieves is using liquid nitrogen to freeze a lock, and then smash the now-brittle metal.

Chilling a U-lock to -40°F, the ABUS testers use their hammer simulation machine, which is as awesome as it sounds. As this video shows, the bicycle lock handles the motorcycle standards of Germany and Sweden. 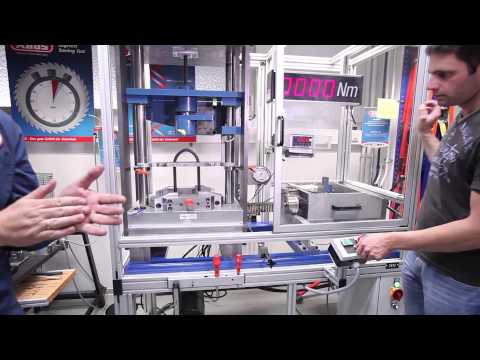 Twisting
To simulate a prybar attack, ABUS uses a special twisting machine that provides precise readouts of exactly how much force is being asserted. To bend the locks up to 45 degrees without breaking, ABUS uses a special kind of tempered steel that has a soft interior, created by reheating the steel a second time after an infusion of carbon. This results in a device that's flexible instead of brittle.

Pulling The Lock From The Shackle
As with most of their tests, ABUS begins by freezing. Since many thieves use a car jack to pull out the shackle, ABUS tosses a few tons on their locks, turning the screws until they break. 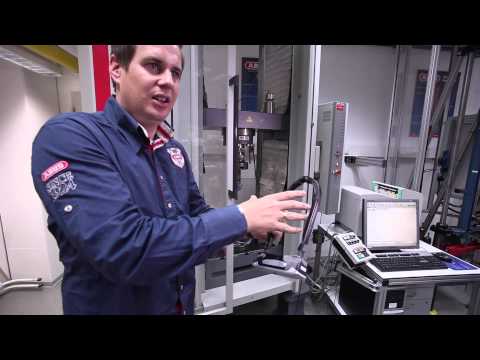 This one took six metric tons of pulling force to break, and amazingly was still secure, requiring the keys to remove the broken square shackles, which can’t be rotated out.

Weather Testing
Unlike in the United States, Europe has independent governing bodies of insurance companies and states that test and assign standards for different locks. They're labeled based on dozens of anti-theft, weather, and other durability tests.

With those standards in mind, ABUS runs copious testing besides the standard anti-theft stuff, including this ocean simulation test where each day in this salty and moist chamber is equivalent of a year’s exposure outside. And there are many more tests you'd probably never even think of; for example: a jiggling test, representing years of road vibrations strapped to a bicycle.

Do It Right
When you're shopping for a bike lock, you might wonder why they're so expensive and if it's worth paying more. All of this R and D costs some serious money, and it's a constant struggle to stay a step ahead of the thieves, even if you exercise proper locking technique and keep your bike off the street most of the time. Remember, it's always cheaper to buy an expensive lock than replace a beloved steed.

Ethan Wolff-Mann is an editor at Supercompressor. He exercises proper locking technique and has not yet had a bike stolen. Follow him on Twitter @ewolffmann.