12 things you didn't know about Levi's

If Levi Strauss were still alive, he would be 185 this week. Born to a Jewish family in Buttenheim, Germany in 1829, Löb Strauß immigrated to the U.S. at the age of 18 to work for his brothers' dry goods business. A few years later, Levi manifested his destiny and moved to San Francisco where he would start a dry goods business of his own, a wholesale store that would eventually create one of the most iconic articles of clothing ever made. But while there's a 75 percent chance you're reading this post in Levi's, you probably don't know the half of it.

1. Levi's may be an American icon, but the stateside originals were first created by two immigrants.
And Levi wasn't the principal architect. That honor in fact goes to another European import, a Latvian immigrant named Jacob Davis. Working in Reno as a tailor, Davis had come up with an ingenious way of making work pants stronger: using copper rivets at key points. Looking to patent the design, he contacted Levi, his fabric supplier, who financed the patent application and jointly created the pants you're probably wearing.

2. The man never wore his own jeans.
Levi's were designed as work apparel for laborers — like these California miners at La Grange Mine — and Levi himself was a wealthy merchant.

3. In 1926, Levi Strauss & Co. (probably) gave the first bonuses in apparel history.
While Levi never wore jeans himself, he kept close with those who did. In fact, while he was alive, Strauss insisted his workers call him Levi. It's hard to verify that these were in fact the first bonuses in history, but we can't find records of any other brand doing it first, especially at that time.

4. The world's oldest pair of Levi's are in a fireproof vault in San Francisco.
They're from 1879 and are estimated to be worth $150,000. They don't look that different from the ones today.

5. Belt loops weren't on Levi's until 1922.
Folks used cinches and suspenders instead to prevent wardrobe malfunction while on the job. 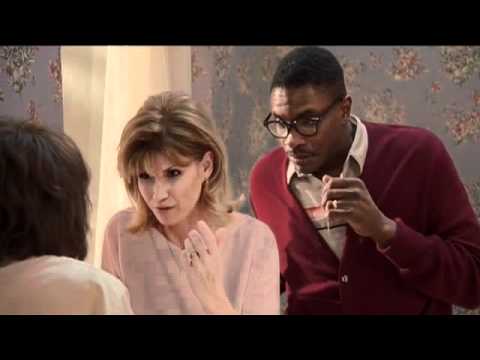 6. The zipper fly made its first appearance in 1954, and not everybody was thrilled.
Someone allegedly wrote to the company asking, "Why the heck did you put a zipper in your jeans? It’s like peeing into the jaws of an alligator.” Little did he know how often this would become a problem.

7. Each pair of Levi's is dyed with just 3 to 12 grams of indigo.
Since indigo is so potent, most jeans don't need much to turn that classic blue. Perhaps that's why it washes out so easily? While Levi Strauss & Co. recommends avoiding washing your jeans to keep the dye in and avoid shrinkage, a company representative urged common sense on this classic point of contention: "Our advice is to wash less often, but clearly, you have to judge for yourself what's appropriate. Hot day, dirty job? Wash your jeans."

8. During WWII, Levi Strauss & Co. painted the arcuate — the double stitched arc on the pocket — to conserve thread.
With resources scarce due to war rationing, Levi's had to eliminate some rivets, the cinch, and the trademark arcuate stitching on the back pocket, since that design was considered decorative and extraneous. However, the company managed to find a way to keep the look through alternative means — with a paint job. But despite losing those elements, the bare-boned version still had the structure to last, sacrificing none of its general strength and durability.

9. Levi's weren't called "jeans" until the 1950s.
Jeans used to be called "overalls," which was the old name for workwear. But after James Dean rocked a pair in Rebel Without a Cause, they became wildly popular. The kids wanted another name for "overalls," though, since that was a term their parents used. So they started calling them jeans, which was actually a different fabric for workwear. Eventually, even the adults got on board and started calling the Levi's denim classic "jeans." Odd as the original term might seem today, it did make sense — original jeans fit similarly to bib-less overalls. So maybe your grandparents do know what they're talking about...

10. Denim insulates the Levi Strauss & Co. headquarters.
Of course it does. Instead of the more popular recycling method of reincarnating jeans as cutoff jorts, the company turned their old denim into insulation. You too can keep your house warm with denim!

11. Levi's became a coveted item in Russia after being shown at a 1959 international trade fair in Moscow.
The display was a huge hit, despite the whole Cold War thing.

12. They were coveted so much, in fact, that people used to barter with Levi's like currency in the Eastern Bloc.
Eventually when tensions rose so high that the Soviet Union cut itself off from American culture, a pair of authentic Levi's was quite valuable — and people used to travel to the Eastern Bloc and use a pair in place of money.

Special thanks to Levi Strauss & Co and Lynn Downey for their help.

Ethan Wolff-Mann is the Gear editor for Supercompressor. He is currently wearing black Levi 501 jeans, size 32-34. Keep track of what he's wearing by following him on Twitter @ewolffmann.