Exercises That Make a Huge Difference in Under a Month 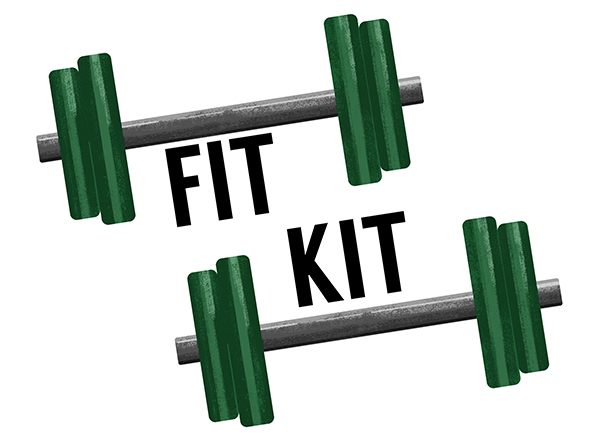 If you've been living like a sloth on the couch for several years, a quick (and honest) look in the mirror may reveal that you no longer look like the college social media pics you've been recycling since 2006.

Undoing years of neglect won't be easy, but fortunately, there are a few exercises that can make a difference in a hurry. To be frank, you may not be ready to tackle some of them, but that's what happens when you don't exercise for long stretches of time -- you lose a step, or 10. Keep in mind that fitness is only a part of the equation; if you want the best results, pay attention to what you eat, too.

The advantage of speedwork, especially high-intensity interval training, is that you can accomplish more in less time while maximizing cardiovascular gains. Take, for instance, a 2012 study in which participants performed five 30-second sprints on a stationary bike, each sprint separated by four minutes of active rest. After the five sprints were completed (that's just two and a half minutes of actual work), the participants had burned an average of 200 extra calories. That's a pretty significant return on investment.

So go ahead and incorporate three sprint workouts into your weekly program. The method is up to you -- you can run, cycle, jump rope, use an elliptical -- you name it. After spending five to 10 minutes warming up, go as fast as you can for 20 to 30 seconds, followed by one to four minutes of active rest at a slow pace. Continue cycling between work and rest for a total of 30 minutes. You'll feel worn out by the end, but your effort will pay off fast.

Never underestimate the power behind a punch. Traditional boxing and kickboxing classes -- you know, the ones that use actual boxing gloves and heavy bags -- do wonders for enhancing strength and total-body conditioning. According to most calorie-burn calculators, a 150lb person can expect to burn roughly 300 calories in a 30-minute workout (about the same as jogging at a moderate pace), but boxing requires total body engagement, as well as lateral and rotational movements as you slide, punch, duck, and twist through a standard routine.

These multi-planar movements fire up your core, while punching a heavy bag helps develop serious upper-body strength. Since most boxing classes also incorporate bodyweight exercises, such as squats, lunges, and push-ups, you're essentially checking all the boxes on the list of "must-do's" when it comes to leaning out fast.

If I could only choose four exercises to prescribe to anyone seeking to shape up in a hurry, I'd point to squats, lunges, pull-ups, and push-ups. The reasoning is simple: These exercises can be modified for practically any fitness level, they can be done with or without added resistance, they target all the major muscle groups, and they're reasonably accessible with or without a gym membership. Plus, there are about a million variations you can incorporate to help keep your workouts interesting.

Two quick words of advice, though: First, focus on form. If you fail to perform a compound exercise correctly, you open yourself to the potential for injury. And second, work yourself to fatigue. You can do this by adding weight to the exercise or by performing more repetitions per set. Either way, the last one or two reps you perform should push you to your limits. It's when you live at the edge of your capability that real change takes place.

You can start with a modified pull-up using a low bar, gradually working your way up to a jumping pull-up, a negative pull-up, a band-assisted pull-up, and finally, a full pull-up. Whichever exercise is appropriate to your starting place, make sure you move through a full range of motion, drawing your chest all the way to the bar with your elbows fully bent while squeezing your shoulder blades together, before extending your elbows as you lower yourself away from the bar. The motion should be controlled, regardless of which modification you use.
Jason Hoffman/Daniel Fishel/Thrillist

Like pull-ups, you can modify push-ups in any number of ways, starting with a wall push-up, an elevated push-up, a knee push-up, a push-up negative, a full push-up, and many other wild push-up variations. Again, make sure you're moving through a full range of motion, lowering your chest as close to the ground as you can while keeping your core tight and your hips in line with your shoulders and heels.
Jason Hoffman/Daniel Fishel/Thrillist

When it comes to squats, it's important to check your form. Chair squats and goblet squats are great versions to start with to make sure you're keeping your weight in your heels and your hips back, while ensuring you don't allow your knees to collapse inward as you rise to standing.

Once you've mastered proper form and you're moving through a full range of motion so your hips lower to at least parallel with the floor, you can add weight by trying a front squat or back squat. Don't be afraid to increase the resistance -- as long as you remain focused on form, the large muscle groups of your lower body will respond quickly to the routine, making it possible to see gains fast.

Lunges work the same major muscle groups as squats -- the glutes, quads, hamstrings, and calves -- but the exercise requires more balance and coordination as each individual lunge works your body unilaterally, helping balance out potential imbalances between your left and right sides. Start with a basic alternating lunge without weight to check your form, then graduate to walking lunges, dumbbell lunges, weighted barbell lunges, and other lunge variations. Just make sure your leading knee always stays behind your leading toes, while also keeping your knee aligned with your toes. One of the best ways to ensure you're maintaining this form is to keep your weight in the heel of your front foot while lunging.

Laura Williams is an exercise physiologist and fitness writer who basically just gave you her weekly workout routine. Her work here is done. Connect on Twitter @girlsgonesporty.
Our Newsletter